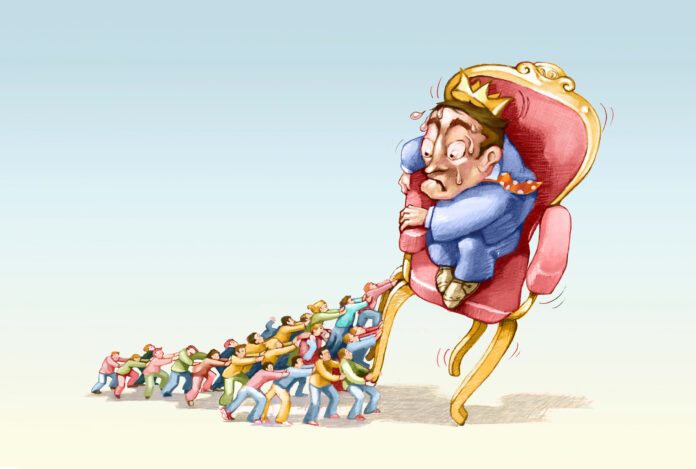 There are currently 10 countries in the world which have ‘democratic’ as part of their formal name. However, these countries are sometimes run on a basis that is far from their democratic ideal of their name, and one of these countries even ranks bottom of the ‘Democratic Index’.

The Democracy Index is an index compiled by the UK-based company the Economist Intelligence Unit (EIU) that intends to measure the state of democracy in 167 countries, of which 166 are sovereign states and 165 are UN member states.

The index was first produced in 2006, with updates for 2008, 2010 and the following years since then. The index is based on 60 indicators grouped in five different categories measuring pluralism, civil liberties and political culture. In addition to a numeric score and a ranking, the index categorises countries as one of four regime types: full democracies, flawed democracies, hybrid regimes and authoritarian regimes.

Two of the countries have not been ranked yet, so on the basis of ‘innocent before proven guilty’ we shall place them at the top of our list.

Of the countries that are ranked, only one is ranked in the top 50 democratic countries, and the country with the top ranking is categorised as a ‘Flawed Democracy’. I do not think we shall be seeing ‘The Flawed People’s Democratic Republic’ on a country’s name at the Olympics any time soon though!

The Sahrawi Republic, officially the Sahrawi Arab Democratic Republic (SADR; Spanish: República Árabe Saharaui Democrática; Arabic: الجمهورية العربية الصحراوية الديمقراطية‎ al-Jumhūrīyah al-‘Arabīyah aṣ-Ṣaḥrāwīyah ad-Dīmuqrāṭīyah), is a partially recognized state that controls a thin strip of area in the Western Sahara region and claims sovereignty over the entire territory of Western Sahara, a former Spanish colony and later province. SADR was proclaimed by the Polisario Front on February 27, 1976, in Bir Lehlou, Western Sahara, a former socialist liberation force which has since reformed its ideological and political views.

Whilst the country has a constitution based on a Western European model, the Popular Front for the Liberation of Saguia el-Hamra and Rio de Oro Party controls 53 of the 53 seats in the country’s National Council.

#2 Democratic Republic of São Tomé and Príncipe – (not ranked)

São Tomé has functioned under a multiparty system since 1990. With regards to human rights in São Tomé, there are freedom of speech and the freedom to form opposition political parties.

São Tomé and Príncipe finished 11th out of the African countries measured by the Ibrahim Index of African Governance in 2010, a comprehensive reflection of the levels of governance in Africa.

Politics of East Timor takes place in a framework of a unitary semi-presidential representative democratic republic, whereby the Prime Minister of East Timor is the head of government and the President of East Timor exercises the functions of head of state. East Timor has a multi-party system. Executive power is exercised by the president and the government. Legislative power is vested in both the government and the National Parliament. The Judiciary is independent of the executive and the legislature. The East Timorese constitution was modelled on that of Portugal, though the president is less powerful than their Portuguese counterpart. The country is still in the process of building its administration and governmental institutions.

Sri Lanka is the oldest democracy in Asia. Politics of Sri Lanka takes place in a framework of a semi-presidential representative democratic republic, whereby the President of Sri Lanka is both head of state and head of government, and of a multi-party system. Executive power is exercised by the government. Legislative power is vested in both the government and Parliament. For decades, the party system has been dominated by the socialist Sri Lanka Freedom Party and the conservative United National Party. The Judiciary is independent of the executive and the legislature. The Politics of Sri Lanka reflect the historical and political differences between the three main ethnic groups, the majority Sinhala and the minorities Tamils and Muslims, who are concentrated in the north and east of the island.

Nepali politics has been chaotic since the turn of the millennium, and has seen royal assassinations, martial law, and suspension of governments by the KingOn June 1, 2001, Crown Prince Dipendra was officially reported to have shot and killed his father, King Birendra; his mother, Queen Aishwarya; his brother; his sister, his father’s younger brother, Prince Dhirendra; and several aunts, before turning the gun on himself. Although he never regained consciousness before dying, Crown Prince Dipendra was nonetheless the king under the law of Nepalese royal succession. After his death two days later, the late King’s surviving brother Gyanendra was proclaimed king.

On 1 February 2002 King Gyanendra suspended the Parliament, appointed a government led by himself, and enforced martial law. The King argued that civil politicians were unfit to handle the Maoist insurgency.

On 22 November 2005, the Seven Party Alliance (SPA) of parliamentary parties and the Communist Party of Nepal (Maoist) agreed on a historic and unprecedented 12-point memorandum of understanding (MOU) for peace and democracy. Nepalese from various walks of life and the international community regarded the MOU as an appropriate political response to the crisis that was developing in Nepal. Against the backdrop of the historical sufferings of the Nepalese people and the enormous human cost of the last ten years of violent conflict, the MOU, which proposes a peaceful transition through an elected constituent assembly, created an acceptable formula for a united movement for democracy. As per the 12-point MOU, the SPA called for a protest movement, and the Communist Party of Nepal (Maoist) supported it. This led to a countrywide uprising called the Loktantra Andolan that started in April 2006. All political forces including civil society and professional organizations actively galvanized the people. This resulted in massive and spontaneous demonstrations and rallies held across Nepal against King Gyanendra’s autocratic rule. Finally King Gyanendra announced the reinstatement the House of Representatives and on 19 May 2006, the parliament assumed total legislative power and gave executive power to the Government of Nepal.

A federal republic was established in May 2008, which ended 240 years of royal rule in Nepal.

A period of unrest then followed with the Madhes Movement. A new Constitution in 2015 has not yet seen a resolution to many of the issues which have arisen in the post monarchy era.

According to the Democracy Index published by the United Kingdom-based Economist Intelligence Unit in late 2010, Ethiopia is an “authoritarian regime”, ranking as the 118th-most democratic out of 167 countries.[116] Ethiopia has dropped 12 places on the list since 2006, and the latest report attributes the drop to the government’s crackdown on opposition activities, media and civil society before the 2010 parliamentary election, which the report argues has made Ethiopia a de facto one-party state.

While many sources agree that the real power in Algeria is not held by its constitutional organs, they differ as to who/what does. According to the Economist magazine, the military is the primary powerbroker, along with “a select group” of unelected civilians. These “décideurs” are reportedly known to Algerians as “le pouvoir” (“the power”), make major decisions, including who should be president.[4] Adam Nossiter of the New York Times states “Algerian politics is still dominated” by men from the ruling party, the FLN. Moroccan-Italian journalist Anna Mahjar-Barducci, writing in Haaretz, insists the FLN “is a group of apparatchiks constantly fighting each other when they’re not tending to the businesses … with which they have rewarded themselves from their positions of power”. According to Mahjar-Barducci, real power is held by “the military’s Department of Intelligence and Security (DRS).’’

The head of government is Prime Minister Thongloun Sisoulith, who is also a member of the Lao Communist Party’s Politburo. Government policies are determined by the party through the all-powerful eleven-member Politburo of the Lao People’s Revolutionary Party and the 61-member Central Committee of the Lao People’s Revolutionary Party. Important government decisions are vetted by the Council of Ministers. The Socialist Republic of Vietnam maintains significant influence over the Politburo of Laos and the one-party communist state apparatus and military.

Democratic Republic of the Congo operates in a framework of a republic in transition from a civil war to a semi-presidential style republic. From Tshombe’s secession of the Katanga, to the assassination of Lumumba, to the two coups d’état of Mobutu, the country has known periods of true nationwide peace, but virtually no period of genuine democratic rule.

Despite its official title as the ‘Democratic People’s Republic of Korea’ (DPRK) some observers have described North Korea’s political system as an absolute monarchy or a “hereditary dictatorship”. North Korea has been ruled since its inception by the Kim dynasty, officially called the Mount Paektu Bloodline.

The Juche ideology is the cornerstone of party works and government operations. It is viewed by the official North Korean line as an embodiment of Kim Il-Sung’s wisdom, an expression of his leadership, and an idea which provides “a complete answer to any question that arises in the struggle for national liberation”.

North Korea is widely accused of having perhaps the worst human rights record in the world. North Koreans have been referred to as “some of the world’s most brutalized people” by Human Rights Watch, because of the severe restrictions placed on their political and economic freedoms. The North Korean population is strictly managed by the state and all aspects of daily life are subordinated to party and state planning. Employment is managed by the party on the basis of political reliability, and travel is tightly controlled by the Ministry of People’s Security.