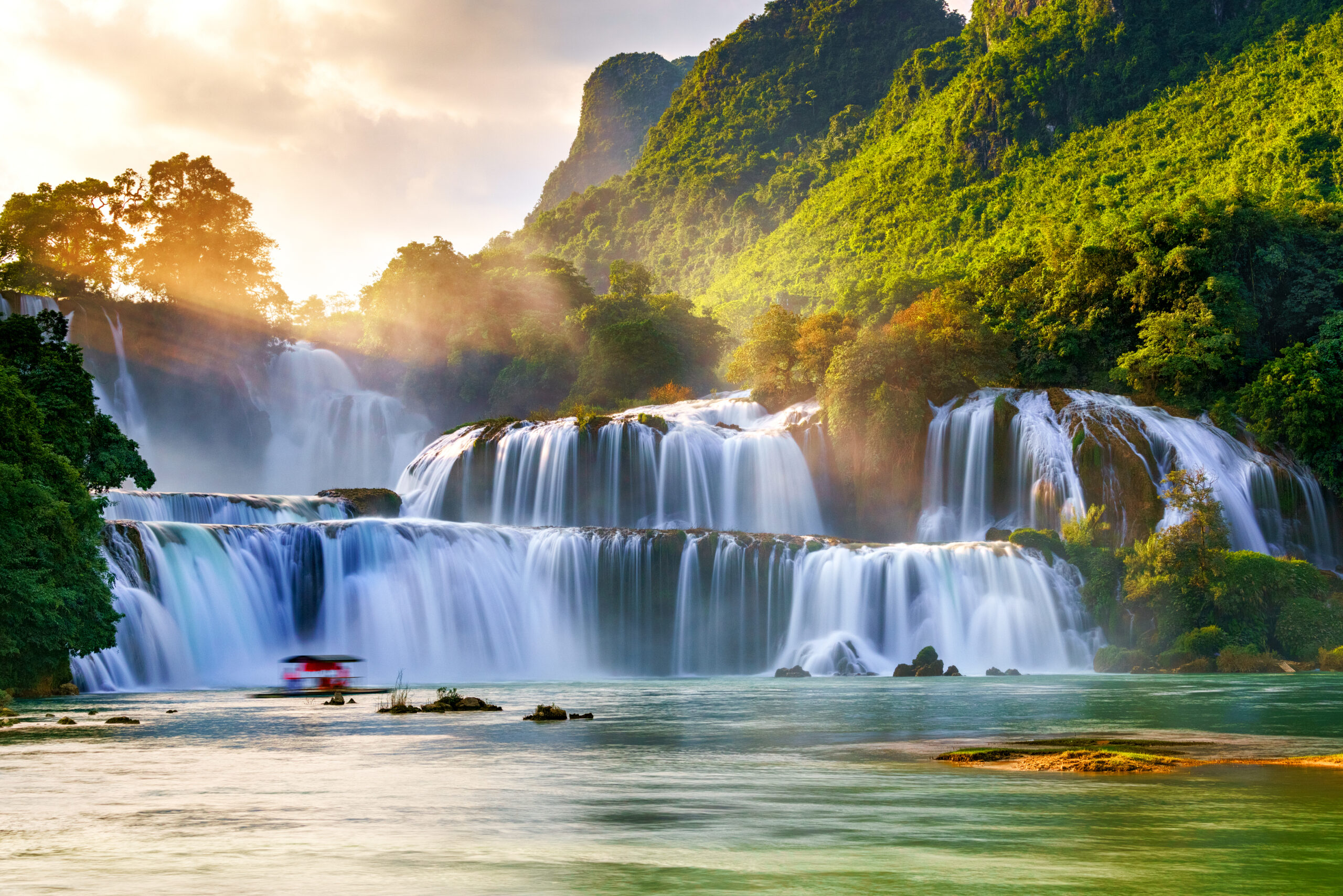 The following top 10 is a list of waterfalls by height. The list does not include underwater falls or waterfalls made up of cumulative sections. Whilst other lists categorise by volume of water, we have gone by uninterrupted drops, and as their photos show, they are undoubtedly the most magnificent!

Angel Falls is one of Venezuela’s top tourist attractions, though a trip to the falls is far from easy as the falls are located in an isolated jungle.

The Angel Falls (Spanish: Salto Ángel; Pemon language: Kerepakupai Meru meaning “waterfall of the deepest place”, or Parakupá Vená, meaning “the fall from the highest point”) is the world’s highest uninterrupted waterfall, with a height of 979 metres (3,212ft) and a plunge of 807 metres (2,368 ft). The waterfall drops over the edge of the Auyán-tepui mountain in the Canaima National Park (Spanish: Parque Nacional Canaima), a UNESCO World Heritage site in the Gran Sabana region of Bolívar State. The height figure 979 metres (3,211 feet) mostly consists of the main plunge but also includes about 400 metres (0.25 mi) of sloped cascade and rapids below the drop and a 30-metre (98 ft) high plunge downstream of the talus rapids.

Tugela Falls is a complex of seasonal waterfalls located in the Drakensberg Mountains of Royal Natal National Park in KwaZulu-Natal Province, South Africa. It is generally accepted as the world’s second-tallest waterfall but there is an argument that it is actually the tallest waterfall in the world, rather than Venezuela’s Angel Falls.

The combined total drop of its five distinct free-leaping falls is officially 948 m (3,110 ft). In 2016, however, a Czech scientific expedition took new measurements, making the falls 983 m tall. The data were sent to the World Waterfall Database for confirmation. The source of the Tugela River (Zulu for ‘sudden’) is the Mont-Aux-Sources plateau which extends several kilometers beyond The Amphitheatre escarpment from which the falls drop.

Number 3 on the list is Tres Hermanas Falls. This impressive 3000-foot waterfall is located in the Otishi National Park of Junin, Peru. It originates as the Cutivireni River, is surrounded by montanious forest and falls in 3 different sections.

The visually stunning Olo’upena Falls is a waterfall located in the north-eastern part of Hawaiian Island of Molokai, and is unofficially cited as the fourth highest waterfall in the world, and the highest in the United States.

The falls occur where a short, seasonal stream spills over the edge of one of the tallest sea-side cliffs of the world, located between the Pelekunu and Wailau valleys. They have eroded a groove in the cliff-face and can be observed only from the ocean or air.

Surrounded by the Amazon rainforest yet still in the Andes mountains, this waterfall is tiered in 4 or 5 different parts that make up its 2,940 feet. The Utubamba River makes up the Yumbilla Falls.

Vinnufossen is the tallest waterfall in Europe and the sixth-tallest in the world. The waterfall is located just east of the village of Sunndalsøra in the municipality of Sunndal in Møre og Romsdal county, Norway. The falls are part of the river Vinnu which flows down from the Vinnufjellet mountain which in turn is fed from the Vinnufonna glacier. The falls flow into the river Driva near the village of Hoelsand.

Balåifossen is a very tall but rather low volume multi-step waterfall found along the Osafjord in Ulvik. The falls’ namesake stream drains from several modest tarns perched 100m above sea level and upon reaching the edge of the fjord, the stream plunges for a total of 2788 feet before ending on an alluvial fan and flowing into the sea.

Pu’uka’oku Falls are the 8th largest waterfalls in the world, and are located on the Hawaiian island of Molokai. The surrounding sea cliffs increases the visual impressiveness of Pu’uka’oku Falls.

James Bruce Falls  is the highest-measured waterfall in the continent of North America and ninth-tallest in the world. Located in Princess Louisa Marine Provincial Park in British Columbia, Canada, it stems from a small snowfield and cascades 840 m (2,760 ft) down to Princess Louisa Inlet. Two parallel streams, for which the falls are named, come from this snowfield, one of which is persistent throughout the year and the other of which usually dries up by July. The stream flows into Loquilts Creek, which empties into the inlet via the better known Chatterbox Falls

Finally, number 10 on the list of the highest waterfalls in the world is Browne Falls. This waterfall is located on South Island, New Zealand in Fiordland Park. Browne Falls is in the middle of a temperate rainforest. Its 2,743 feet originate from a glacial mountain lake and fall into the Doubtful Sound.

10 Alternative ideas for a Christmas Tree 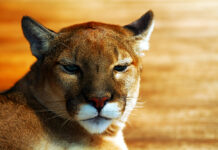 The Edge of Extinction – The Return of the Florida Panther