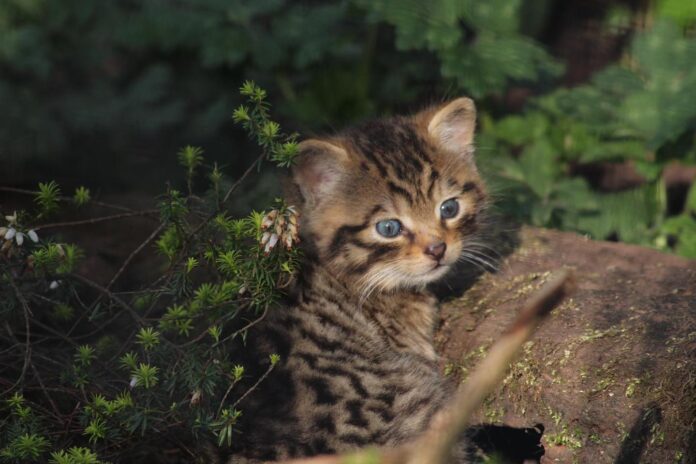 The zoo said: ”Scottish Wildcats form one of the most endangered cat populations in the world and were declared functionally extinct in the wild back in 2018. The breeding programme that we are proud to be part of is a lifeline for this fragile population and without help from conservationists and zoos, would be dangerously close to disappearing completely.”

The kitten was born to parents Morag and Fletcher but given their elusive nature, has only been seen a handful of times. Keepers are yet to name the animal as they do not know the sex yet.

During the Covid lockdown, the zoo has struggled to meet the maintenance costs of running their attraction and recently launched a justgiving crowd funding campaign.

Additionally, the zoo is also selling garden plants through a new dedicated website as a way of diversifying its income.