Where I Live Globally Local
Home Over The Hump Featured – Brosnaichte Advertising in Space – a small step away but a giant leap...
Facebook
Twitter
Pinterest
WhatsApp 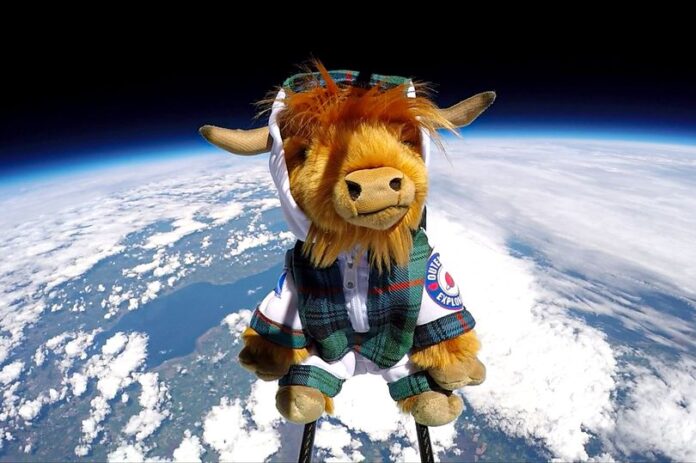 Sending small objects to the edge of Earth’s atmosphere is now commonplace to advertise products. What if advertisers went a stage further and put adverts into space itself? What if you not only saw stars at night, but also mile-wide adverts shining bright?

It is in our DNA as humans to push the boundaries wherever possible, with our sights firmly fixed on the stars from the beginning of our time on this planet. As technology and innovation advance towards getting us to space and push towards commercial flights, other commercial aspects are following suit. Advertising in space has been a concept since the beginning of the 1990’s due to the availability of space technology following the huge advancements made through the Space Race to the fall of the Soviet Union.

There have been numerous attempts at space marketing campaigns with the most famous being Elon Musk’s company SpaceX launching a Tesla car into orbit in February 2018.

An early space advertising proposal was made by Space Marketing Inc in 1993, they suggested inflating a large billboard made from mylar – like a bigger version of a birthday balloon. They planned to launch this billboard to a height of 150 miles, not a huge distance but enough to be classed as ‘outer space’, and it would be visible from earth for 15 days. Undeterred by global opposition, Space Marketing Inc’s proposal gathered interest from 11 companies. A set of Olympic rings was going to be used to promote the 1996 Atlanta games on a billboard a mile (yes, A MILE) wide. The project was going to cost $30 million, a low amount even in today’s money when you consider a 30 second ad during the 2020 Superbowl came at a premium of $5.6 million. 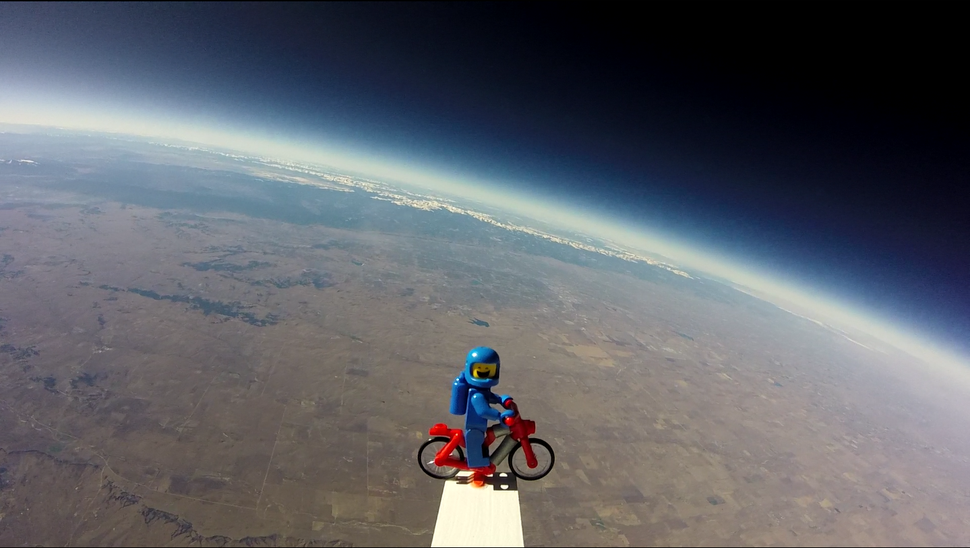 In the end, the project never went ahead. The UN’s Committee on the Peaceful Uses of Outer Space released a report in 2001 outlining the issues caused by what became known as ‘Obtrusive Space Advertising’, defined as “Advertising in outer space that is capable of being recognized by a human being on the surface of earth without the aid of a telescope or other technological device”. The committee called the project a “potentially, most devastating proposal” with a high risk of wiping out most astronomical observations being made by scientists around the world.

There was also the inherent risk of space junk colliding with the billboard up to an estimated 10,000 impacts per day, thus increasing the amount of space junk in orbit which is already a major space environmental issue. Despite all of these points against the project, none of these are what stopped it from going ahead. As with all things in this world, it came down to money with neither the original billboard or the Olympic ring design being able to gather the necessary funding to run a campaign.

Since the initial prospect of space advertising there have not been many attempts to launch campaigns due to the cost (millions per flight) deterring many prospective advertisers. Space exploration agencies have also actively tried to discourage advertising, so much so that NASA insist on their astronauts calling M&M’s “candy coated chocolates”.

Out of the relative few attempts at advertising in space, only a handful have been successful. Without considering the millions tied up in the launch alone along with the cost of maintaining an advert, many of the successfully launched campaigns do not gain the desired level of publicity. One project which bucked the trend was the aforementioned launch of the Tesla Roadster by Elon Musk’s SpaceX.

Other successful campaigns include Tokyo Broadcasting System’s 1990 paid space flight where a journalist was sent into orbit with the company logo on the space vehicle. In 1996 Pepsi paid $5million for a cosmonaut to float a replica of their soda can outside the Russian Space Station. 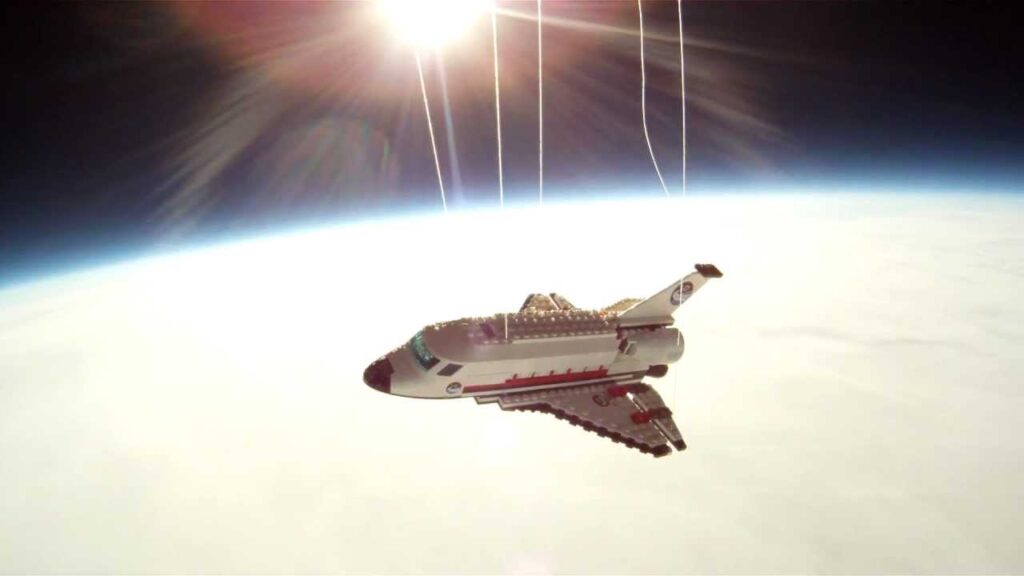 As with any space related endeavour, there are also a number of failed attempts over the years. There have been some extraordinary projects which failed to get off the ground (pardon the pun). In the 1990’s a Russian Space Program was shut down which was created to launch satellites designed to reflect and beam sunlight to polar regions on earth. Another scrapped idea came in 2018 when China proposed putting an artificial moon in space.

With the space race heating up in the 1960’s, the UN created the Outer Space Treaty in 1966 which set the principles of international space law. The treaty deemed that all States have the right to freely explore space so there was no written global prohibition of advertising. Another piece of UN legislation, the Space Liability Convention of 1972, ruled that a state is fully liable for damages by space objects launched in its territory. Under this treaty, countries are held responsible for private and commercial launches, including advertising.

Along with the UN guidelines, individual countries also have their own regulations with regards to space advertising. In the USA, 51 US Code 50911 decrees that no licence will be issued and no launch will be permitted for any activities that involve obtrusive space advertising, however, this does not apply to advertising practices such as painting logos on spacecraft. NASA is currently looking at options to loosen restrictions on advertising, opening up avenues such as selling the naming rights of it’s space vehicles, which might draw more interest from brands looking to conduct space advertising campaigns.

The biggest environmental concern facing space exploration, including advertising, is space debris. There have been a number of recorded collisions between artificial space objects, the first of these being the collision of two French satellites in 1996. With collisions becoming more frequent with the increased number of objects launched into space, the amount of space debris is on the increase. Not only does the build up of debris pose danger to future manned and unmanned space missions, there is also the issue of pollution. Unfortunately, there is no current consensus on how to reduce the amount of space debris in orbit around the earth, as this continues to build up it is going to become more and more difficult to remove.

If our future does indeed contain adverts orbiting above us, the first thing you’d notice is the reduction in visible stars. With the size required for them to be visible from space with the naked eye, adverts would block our starlight with their sheer mass. Not only would they block stars directly but also, they would cause high level light pollution with the sun reflecting off their backs, dispersing the light and interrupting our view from earth.

If space ads were to become common place, the disruption to our view would not only affect our view, but also the views of astronomers around the world trying to observe space and increase our understanding of the universe. Eventually this may even render observatories useless. Despite the US’s own sanctions, the UN has deemed no one can own space, so companies may be able to advertise in space at will as long as they can get permission from the state they launch from.

Giant Billboards in Space? We might yet see it happen…