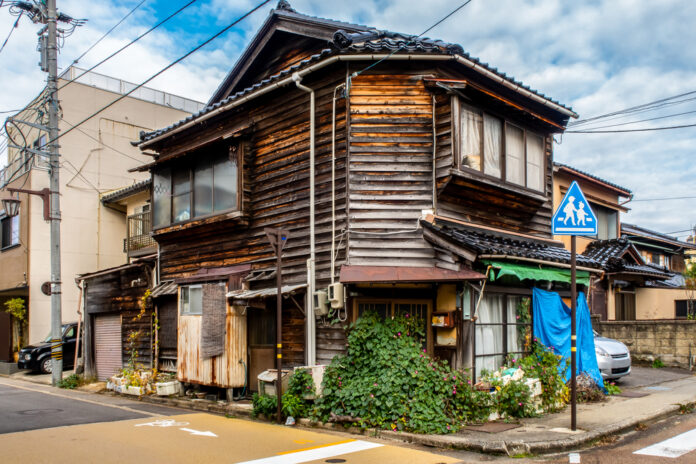 Japan is currently facing a housing crisis, with one in seven homes in the country completely vacant. With thousands of empty properties situated across the country, Scotland finds itself following in Japan’s footsteps.  What can Scotland learn from the Japanese Akiya Crisis, and its numerous ‘ghost’ homes?

In Japan there are approximately 60 million houses, however around eight million of these are Akiya – abandoned homes, meaning a whopping 13% of Japanese properties are completely vacant. Scotland meanwhile has 34,000 empty homes – the same number of homeless people in the entirety of Scotland. What led Japan to such vast numbers of abandoned homes? And how can Scotland learn from Japan’s situation?

Japan’s story lies in its demographics. Currently, Japan contains the world’s highest proportion of citizens over the age of 65. While this is an incredible feat to health, diet, and lifestyle, it has placed a burden on the younger Japanese generation to support the country.

However, Japan has also been suffering another demographic issue – it is running out of young people. Birth rates have been continuously dropping for years. 2019 was the first year since records began in 1899, that the number of births dropped below 900,000. 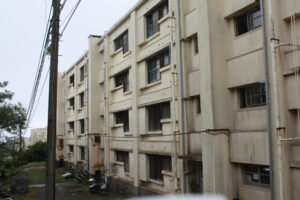 This is sadly nothing new. For numerous years fewer and fewer births have been recorded, while the number of deaths increase annually. In fact, in 2019, Japan suffered its greatest annual number of deaths since World War Two – nearly 1.4 million. So in 2019, the number of natural Japanese citizens dropped by 500,000.

This trend began long ago, and the effects have been staggering. The world’s third largest economy now contains an ageing population who make up of 30% of its citizens. These effects have not gone unnoticed.

With the increased pressure on the younger working generation, many young people are choosing work over family. Young women refuse to accept traditional custom of becoming a housewife, and instead forge ahead within their own careers, forgoing marriage and family, in desire of independence. Younger men have left rural family homes, seeking work in more urban environments, in order to support themselves.

Rural depopulation, dedication to careers, and Japan’s historical policy of accepting low numbers of immigrants, have led to a plummeting population and vast swathes of empty properties across the country. Many of which are now in a state of disrepair.

The main problems with abandoned properties are the legalities involved with them. Many abandoned family homes are in rural areas, their owners left long ago in search of greater possibilities within cities. While it would seem prudent to demolish the house and sell the land for development, this is an impossibility for many due to a costly Japanese law – property tax on vacant lots is much more expensive that houses. This means it is far cheaper to abandon a house, rather than prepare the land to be sold on.

Solutions to the Akiya problem

The Akiya Bank Program is a National non-profit organisation, set-up in order to solve the Akiya problem. Creating a large database of available Akiyas, tracking down the current owners (which is often nigh impossible), and putting them up to be advertised and sold. While a good theory, the Akiya Bank program not only has massive upfront costs, involving both license and administration fees, restoration fees for those Akiyas that are in need of repair, but the Akiya Bank Program has overlooked one major factor behind these abandoned ghost homes – urban centralisation. 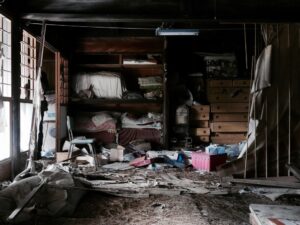 The truth is that many of these areas were abandoned because of lack of employment, or more specifically, lack of valuable employment. Without massive rural revitalisation, those with the resources and desire to buy Akiyas will simply be the idle rich searching for a holiday home. To truly fill these abandoned homes, infrastructure and employment must be made available to these areas looking to be filled.

Japan has recently made changes to immigration, and now has had a continuously rising number of immigrants for the last six years. It could be that in an attempt to fill these beautiful, scenic Akiyas, more rural jobs may be made available for immigrants. With the stunning landscapes of the Japanese countryside, and promising employment made available within urban areas, Akiya numbers would soon be falling.

Scotland is well behind Japan in terms of abandoned homes, but with the number of long-term empty properties on the rise for the third year in a row, it is essential to take action immediately. In 2019 Scotland achieved its highest number of completed homes since 2008, however Scotland’s abandoned properties alone are equal to over a year and a half of completed homes.

Currently Scotland is relying on local authorities for support to get these homes back into usage. With organisations such as Scottish Empty Homes Partnership, run by Shelter, they are attempting to incentivise owners into using the properties in various ways.

Scotland is also employing the use of compulsory purchase orders (CPOs), and more heavily, the use of compulsory sale orders (CSOs). The latter are preferred, as the council has no need to buy properties themselves, but rather force landlords to sell their properties at auction. Heavy handed some might say, but properties are far better to be in the hands of people who can rent properties to those struggling, rather than remain in the hands of a disinterested party as the buildings slowly fall apart.

Filling up homes is not simply a humanitarian issue. While it is indeed humanitarian, to aid those who desire their own space and have nowhere left to go, it is also in the interests of the entire economy.

Unused housing stock means communities miss out on £500 million. For every home lying unused, local economies are missing an extra £13,000 that would otherwise be spent on local shops and services. Landlords are also better off renting cheaply, as rent paid would cover the cost of council tax, and insurance that still needs to be maintained on empty buildings.

Empty properties are a burden felt by everyone. From local communities, landlords, and those looking for a home. We are all connected, and when we look after each other, every single person wins.

Scotland must keep its eyes on Japan to learn their lessons, before we are forced learn them too late. Thanks to various efforts within Scotland, we are already seeing thousands of homes being put into use in various ways.

A fantastic beginning, but still just a beginning.