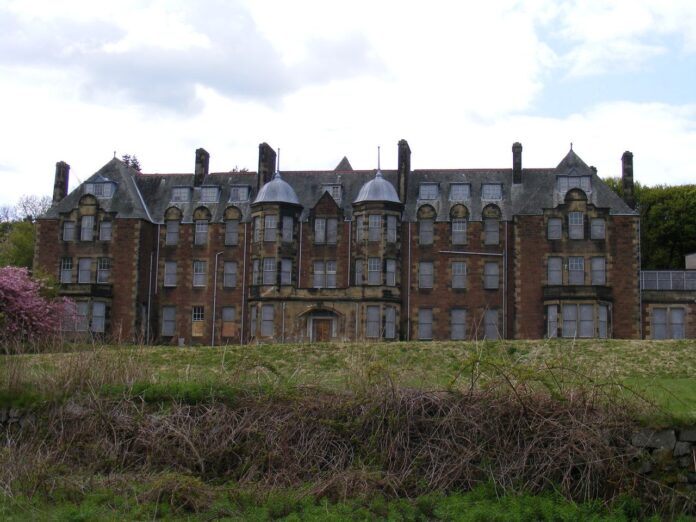 The site of the former Bangour Hospital made national news when a surge of visitors to the site forced local authorities to put on extra police, security measures and road closures in an effort to deter unwanted explorers from further damaging the site. But what was compelling visitors to come to the site in their hundreds, turning Bangour into West Lothian’s number one (unwanted) tourist attraction?

Once tipped to be the future of mental health care, Bangour Village Hospital now lies derelict near the small village of Dechmont, West Lothian. Formally abandoned as a mental health facility in 2004, the site has since garnered a reputation for paranormal activity, which has, in turn, inspired many urban explorers to visit the historic site to survey its ruins. Faced now with demolition, what is it that keeps drawing explorers to this eerie Grade A-Listed building, and what paranormal goings-on are said to occur at this location?

History of the Asylum

The 960-acre Bangour Estate was originally purchased in 1902 by the Edinburgh District Lunacy Board, who launched a competition for local architects to design a forward-thinking mental asylum to the built on the grounds.

The competition was won by Edinburgh-native, Hippolyte Blanc, famed at the time for his gothic-revival style of architecture. The majority of buildings that still stand within the Bangour estate today are those he originally designed.

Differing from the traditional mansion-style lunatic asylums prevalent throughout the 18th and 19th centuries, Bangour came to represent the changing attitudes towards mental health treatment; the asylum consisted of 32 ‘villa-style’ buildings, with large bay windows, which were built to house the patients, while buildings used for psychiatric facilities were kept separate. These buildings were well spaced out and separated by patches of grass, which allowed for a greater focus on outdoor activity.

This set-up was inspired by the approach taken by Alt-Scherbitz, a hospital near Leipzig, Germany, where the ‘Continental Colony’ approach towards psychiatry was first taken, which aimed to improve the well-being of patients through better, more homely living conditions.

Although the hospital was formally opened in 1906, patients had been living there since 1904, and by the end of 1905 roughly 200 patients were residing there. A recent discovery found the unmarked graves of 566 former patients within the grounds, indictive of the large number of patients the hospital housed over time. 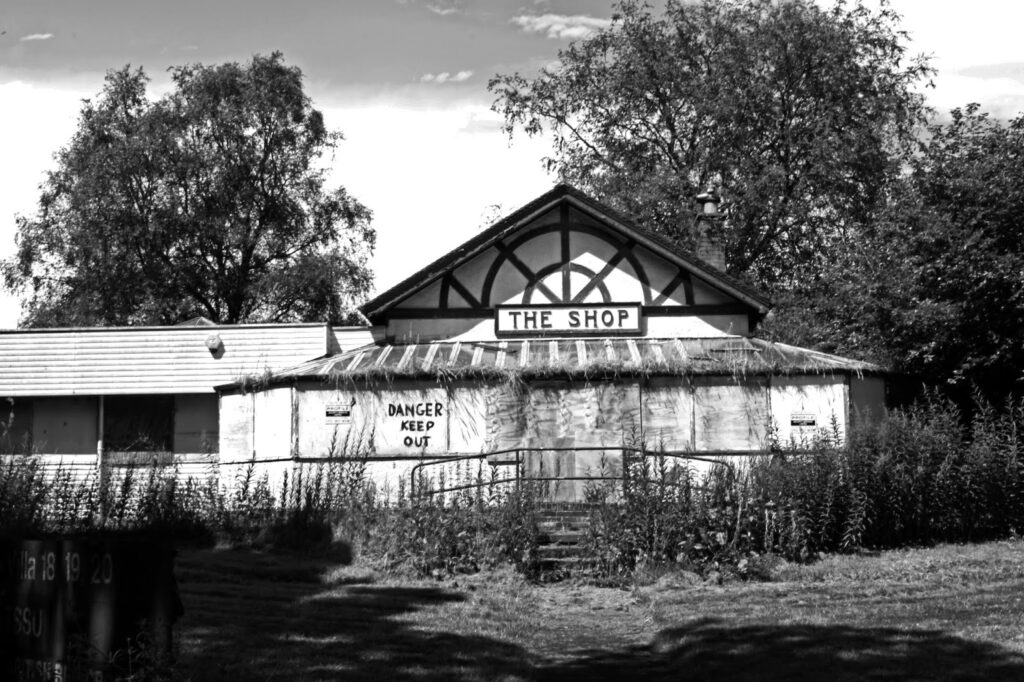 In 1915, patients were moved to psychiatric facilities throughout the country, as Bangour was taken over by the army as a place to house wounded servicemen. Marquees were constructed around the ground, expanding the hospitals capacity tenfold with 3,000 servicemen hosted there by 1918.

After the war, the village church was constructed as a war memorial, becoming the main focal point of the grounds. Designed by another Scottish architect, H.O Tarbolton, the church is said to have been the largest church in the Lothian district – not including Edinburgh – to be built in the 20th Century.

Bangour reopened again as a psychiatric hospital in 1922, only to be turned back into a war hospital in 1939, at the onset of World War Two, during which many additional parts were added to the hospital in order to hold more wounded soldiers.

After the war, the extensions were turned into a general hospital for West Lothian residents, while the original buildings resumed psychiatric practices.

The grounds gradually fell into disuse over the course of the century; the construction of St John’s Hospital in Livingston replaced the need for Bangour’s general hospital, which was subsequently demolished, while advances in psychiatry -with a greater focus on community care- reduced the need for such psychiatric facilities as Bangour.

The last patient left the facility in 2004, and although the site was immediately used as a filming location for the 2005 Keira Knightly film “the Jacket”, it has since fell into a state of complete disuse.

Rumours circulated for over a decade about potential uses in the future for the buildings, however, as of April 2020, the building has been closed off to the public and is awaiting demolition. 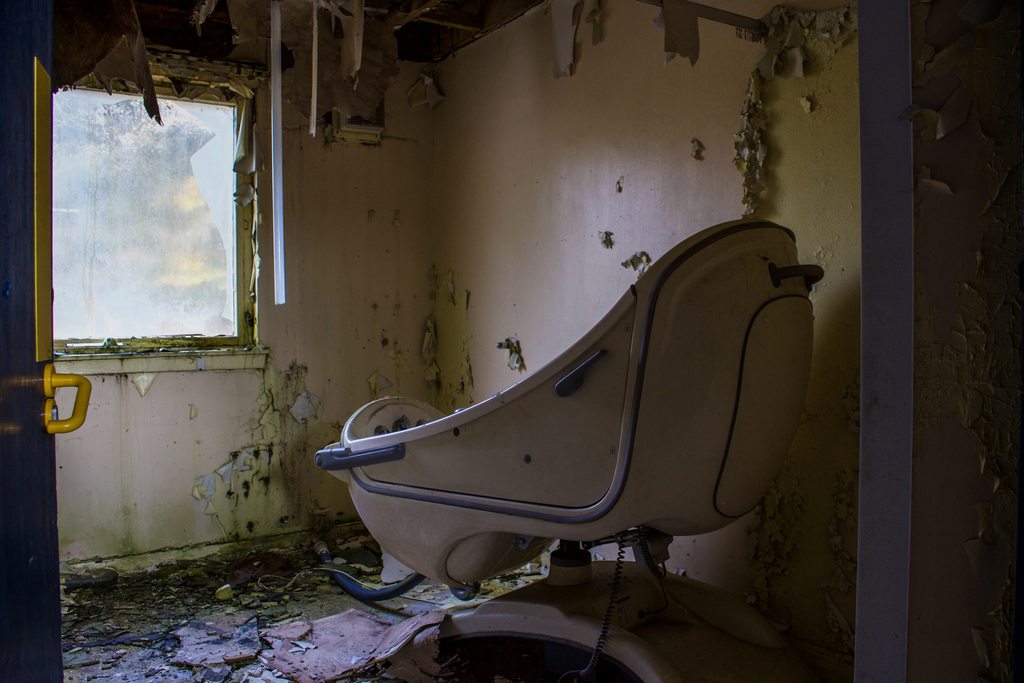 As the site fell into a state of decay and disrepair, former members of staff recounted paranormal happenings during their time working in the hospital, which gained Bangour a reputation for being haunted.

Ward 9 is remembered amongst former staff for being where most of the paranormal happenings took place, where cases of hearing unusual voices, doors slamming, and moving furniture were said to have occurred regularly.

According to one former employee, these incidents were made more intense by the patients themselves, claiming, ‘there were psychiatric patients having strange conversations and looking like they knew exactly what was going on in that place.’

Bangour’s paranormal reputation is said to be a big incentive for urban explorers keen to experience their own strange occurrences. Recent visitors have claimed to have witnessed shadowy figures traversing the grounds.

Through word-of-mouth on the internet and the ensuing threat of its demolition, urban exploration of Bangour has seen a massive increase during lockdown.

At the start of June, a post went viral urging people to visit Bangour now while its buildings still stand. The post also offered advice on how to infiltrate the blocked off site, claiming that it was “illegal” for security guards to stop explorers from entering. In response, a large group, of around 200 people, amassed and entered Bangour, as parked cars stretched the full length of the streets surrounding the village. Some had even travelled from as far away as the Midlands of England.

Locals were not only annoyed at the sudden influx of visitors to the site, but also because of the graffiti and destruction that they brought to the area; three visitors were charged with vandalism, while the fire brigade were called out to extinguish fires. Windows were smashed and furniture was hurled from the windows, to the point where three riot vans had to be sent out to defuse the situation. 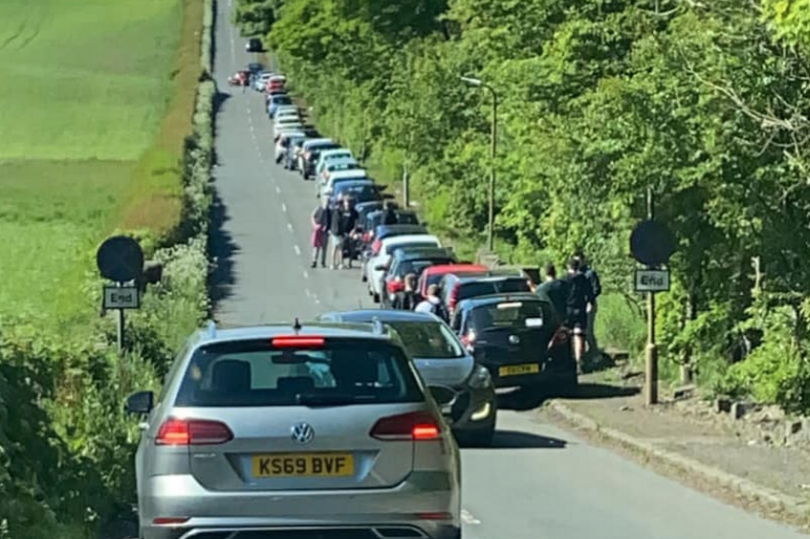 It is clear that, because of lockdown restrictions, many young people are turning to off-beat hobbies, such as urban exploration, in order to stay entertained during this period of irregularity. However, it is unfortunate that viral posts inevitably lead many people to the same place at the same time, as shown by the 200 that invaded Bangour, and the vandalism that tends to follow a large groups, especially when left to their own devices in a generally unregulated abandoned site.

Although the recent interest in visiting Bangour was sparked by the site’s impending bulldozing, the disruption to the local community, and in turn the strain it has put on emergency services, will have no doubt brought Bangour’s demolition date forward significantly.

You should not visit the Bangour Hospital site at the present time. Police Scotland have confirmed that the parking is closed and they are actively patrolling the are and ticketing parked cars at the site. Police Scotland stated “We continue to ask potential visitors to the disused site at Bangour Village to stay away from the area. It is not safe and 24 hour security are on site.”