Scotland has such a wonderful variety of beaches from the magical white sands of the Hebrides to the family friendly beaches in Fife. Here is our pick of 10 favourite beaches around the country.

As the ongoing pandemic remains volatile and the threat of lockdowns and quarantines continues to cause panic for holidaymakers the world over, staycations remain to be the only option for stress-free travel. For that reason, now is the best time to explore Scotland – the home of some of the best beaches in Britain. Given the weather, many Scottish jetsetters have never even thought to give their home country a chance or may not even know the locations of the best coastal vistas. So here is a list of the very best beaches Scotland has to offer, and although Scotland’s surrounding seas may prove too nippy for a swim, many of these picturesque beaches are still suitable to visit the whole year round.

Reachable by a one-hour car ride from Edinburgh, Coldingham Bay is an inlet beach located near the Scottish border, just north of the small town of Eyemouth, Berwickshire. The sandy bay stretches for 200 metres in width and around one kilometre in length, and becomes a bustling tourist hotspot on sunny days, with upwards of 1000 visitors recorded on extra warm days. Its transparent, clean waters make it easy for visitors to observe the bay’s thriving wildlife, playing host to a wide variety of fish, crab, and seaweed species. For this reason, visitors are asked not to light fires or pick the flowers in order to maintain the locations natural ecosystem. Ideal for bathers, rockpoolers, and surfers, this postcard-perfect beach has much to offer!

Unique in that it is the only beach with freshwater in Scotland, Loch Morlich is located in the Badenoch and Strathspey area of the Scottish Highlands, near Aviemore. Set to the backdrop of dense forestry and the Cairngorms Mountain Range, Loch Morlich boasts several sandy beaches, which can be found at several recesses along the coastline. Ideal for sunbathers, Loch Morlich is also perfect for those keen on getting active in the Highlands, with Loch Morlich Watersports found on site, you’ll often see windsurfers, kayakers, and paddleboarders exploring the waters, with plenty of equipment available to hire at the watersports facility. Winner of Keep Scotland Beautiful seaside award, this unique location is one of the best locations in the Highlands.

Although one of the more challenging beaches to reach, the pink sands of Sandwood Bay is as rewarding as it gets. The fact it’s only reachable via a four-mile path creates a remoteness like no other, and because of this, Sandwood Bay remains one of the most undisturbed locations in the whole of Britain. The path to Sandwood Bay starts in Blairmore, and involves wading through bleak moorland, so it is important to dress appropriately. But once arrived, visitors can marvel at the rocky cliffs, pink sand, dunes, and lofty sea stack encompassed by Sandwood Bay. It’s intimidating trail also keeps visitor numbers to a minimum, so you may find yourself lucky enough have a decent stretch of Sandwood to yourself!

Located an easy meander away from Aberdeen city itself, Aberdeen Beach is a quintessentially British seaside location. Given that it boasts golden sands, an amusement area, restaurants, and even a Cineworld, the beach is typically bustling with activity. A hotspot for marine sightings, Aberdeen Beach has been noted to be visited regularly by creatures of the North Sea, including dolphins, seals, and even whales!

Walking along the beach will take you to a stretch of the promenade known as Footdee, pronounced locally as ‘fittie’, and is where you’ll find a quaint little village full of 19th century cottages which were originally constructed to house workmen of the harbour.

Famed for its appearance in the opening scenes of the 1981 film ‘Chariots of Fire’, West Sands Beach is known as St Andrew’s ‘Fringe of Gold’ and boasts a sizable two-mile long promenade. Enclosed by dunes running almost the entire length of the beach, the coast is used mostly for long beach walks, running, swimming, and bathing during the summer months. 15 minutes away from the centre of town itself with plenty to see and do, including visiting the neighbouring world-famous golf course, visiting the nearby cathedral, or sampling some of St Andrew’s finest chip shops.

Ayr Beach is found on Ayrshire’s western coastline and has been an extremely popular attraction since as far back as the Victorian-era. A particularly easy spot to get to for those in the central-belt, Ayr Beach is only an hour drive away from Glasgow, and delivers stunning views of neighbouring islands Pladda, Ailsa Craig, and the Isle of Arran. This sandy beach is a great location for picnics, and is perfect for family days out, with crazy golf courses, play area, an indoor soft play area, and a café.

For a spectacular view of the Firth of Forth, Gullane Beach on the East Coast of Scotland offers an unbeatable vantage point. The town of Gullane is located in East Lothian and is famed for its golf course and for being part of the John Muir Way; but has also garnered a reputation for its magnificent beach. The beach itself, known as Gullane Bents, boasts golden sands and lofty dunes; it is also a popular destination for windsurfers.

Camusdarach Beach is nothing short of beautiful, with its white sand and crystal-clear waters, so much so that it was used on the big screen as the main setting in the 1983 cult-classic ‘Local Hero’. For some of the best sights the Scottish Highlands can offer, alongside unbeatable views of the islands Eigg, Rum, and Skye, Camusdarach is the best beach in Mallaig.

Scotland clearly has an extensive collection of beaches found all over the country, with some that could rival those found in the likes of Australia or Spain. With such idyllic, tranquil, and picturesque sites, why bother holidaying abroad? 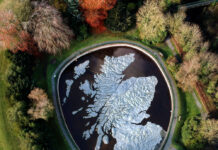 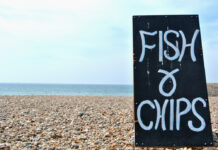 Fish and Chips – Where did Britain’s stereotypical cuisine come from? And how did we come to love it so?