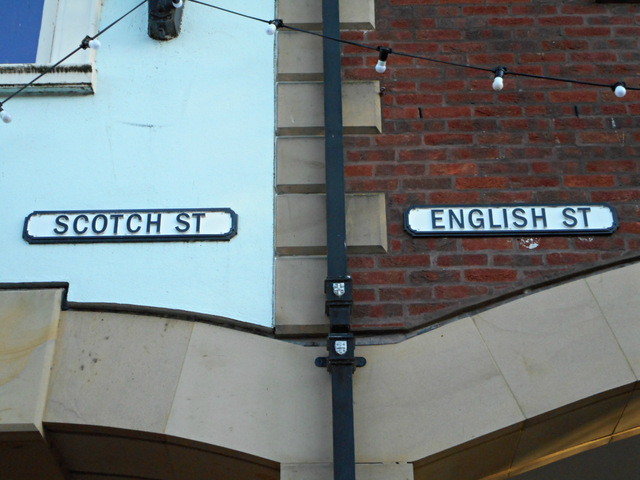 Undecided where to visit next in the UK? Why not experience the best of both worlds by visiting some of our fascinating border towns.

With the threat of COVID-19 forming a shadow over the international tourism sector for the time being more and more people are looking closer to home for their travelling fix.

Some of the best locations in the UK are those straddling the borders between countries; they provide the best of both worlds and a dose of variety to make up for missing out on foreign holidays.

The idea of a border town is an interesting one and the cultures and history that spring from them can often be rich and eclectic.

From the Scottish border towns, like the infamous Gretna Green, to Hay-on-Wye on the English-Welsh border, world-famous for its literary festival. British border towns can provide the perfect getaway for those hoping to get a taste of both worlds.

There is a significant change in both accent and culture as soon as England becomes Scotland. This contrast is stark and obvious at the famous border village of Gretna Green in Dumfries and Galloway.

Gretna Green is synonymous with runaway brides thanks to its proximity to the English Border during the time when under-21s could not get married in England. This colourful history has always served as a draw for tourists from Northern England or for those heading further up into Scotland. Sitting right at the point where England meets Scotland, Gretna is the perfect town to sample what life is like on the border.

Described on its website as ‘“your first and last stop in Scotland’” Gretna Green has become a staple of visits to Scotland ever since its infamous days as a wedding venue. At the heart of the village lies the famous Blacksmith’s shop where young English couples would go to get “anvil weddings” when they could not get one in their own country. Susan Clark, whose family have run the Blacksmith’s in Gretna Green for four generations, sees countless young couples return to the village to tie the knot and be just a small part of its rich history. “Couples have heard of the love, history and romance of Gretna Green and want to become part of that living history,” she said.

Nowadays, the relationship between England and Scotland at the border is pretty friendly (mostly), though it wasn’t always that way. Between the thirteenth and sixteenth centuries there was a “debatable land” between the two countries. For around 300 years, the “debatable lands” between Scotland and England were ruled by independent clans rather than the governments of either country. This land sat between the Scottish region of Dumfries & Galloway and the English county of Cumbria on the Western coast. Just a small speck of hotly contested land, around eight miles west to east and 13 miles north to south, according to a BBC article, this region became lawless and anarchic as both England and Scotland abdicated responsibility for taming it.

This has led to a unique history which is unlike many other parts of the UK, formed through conflict. The bloody and violent past of the borders is completely at odds with the calm, tranquil beauty of the region today.

Today it is seen as the gateway to the beauties of Scotland and a destination in itself for its stunning scenery and history.

In the past couple of years, the region has seen a surge in visitors thanks to the See South Scotland campaign, which aims to showcase all the areas bordering England have to offer. Regarding the campaign, launched in 2018, cabinet secretary for tourism, Fiona Hyslop, said, “The South of Scotland has much to offer through its scenery, local food and drink, quiet hideaways as well as many bustling festivals.”

With the rolling hills of Northumberland to the South and the spectacular, rocky coastlines of Dumfries and Galloway to the west, the area provides all the variation you would hope for from a border region.

It is not only history that draws people to these regions but the landscapes formed as South becomes North. With some of the best mountain-biking in the UK and the St Abbs Head coastline nature reserve providing awe-inspiring views the borders are a surprisingly bottomless well of variety.

One perfect example of this is the River Wye, which snakes through South-West England for miles until it finally crosses into Wales in the market town of Hay-on-Wye, to gain its Welsh moniker of Afon Gwy. Hay-on-Wye sits in mid-Wales, near Hereford, and is famous worldwide for its acclaimed literary festival, which former US president Bill Clinton called “the Woodstock of the mind.”

Taking place every year – this year it has gone digital thanks to the COVID-19 pandemic – the festival draws people from all over the world to hear talks by the best and brightest in the world of literature. A representative of the festival, Christopher Bone, sees Hay-on-Wye as the perfect setting for a literary festival thanks to its beautiful scenery on the border of England and Wales and its array of outstanding pubs and cafés. “It’s the best town in the world to throw a party,” he said.

Bookworms, however, are not the only people drawn to this part of the world. The Wye Valley, which spans England and Wales, was declared an Area of Outstanding Natural Beauty in 1971. Thanks to its proximity to the border between England and Wales, it has become a favourite convenient destination for residents of both countries, and it is not difficult to see why, with the Valley meandering through rolling hills and beautiful market towns, such as Hay, as well as the hill forts and castles synonymous with Wales.

With thriving and vibrant cultures developed through years of conflict and reconciliation, and often breathtaking landscapes to match, it is not difficult to see why the UK’s border regions are some of its most visited areas.

As foreign travel is put on the backburner for a while, the UK’s frontiers should be the first bucket list destinations when domestic travel becomes possible.

Before planning a visit to Scotland, please take time to read the latest guidance from the Scottish Government regarding COVID restrictions. Click here for details. Welsh Government guidance available here. 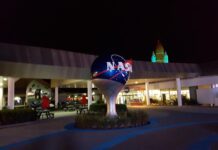 What is it like to take a ‘Feel the Heat’ viewing experience package with Nasa on launch day at Kennedy Space Centre? 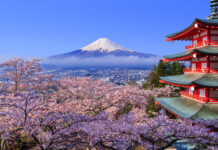 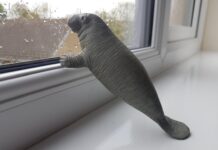 Even though Florida is starting to re-open, it might be months before British tourists start to visit