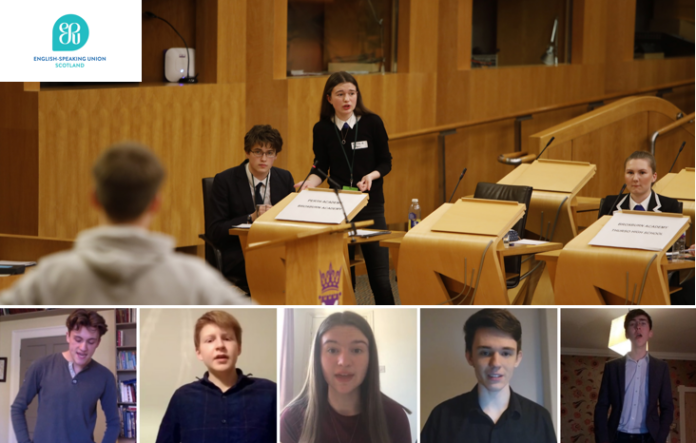 A Broxburn Academy pupil has become the first from her school to make the Scottish National Debating Team and will compete in a worldwide competition this July.

Emma Bell, who is currently moving into fourth year at the West Lothian school, was one of only five pupils to make the team alongside Lachlan White from George Watson’s College, Eoghan Connolly from Douglas Academy in East Dunbartonshire, Freddy Simonet-Lefevre from Craigmount High School and Oscar Swire from Stewart’s Melville College.

Speaking to the media, Emma said : “This team is usually made up of private school pupils, I’m in the middle of nowhere and its not something our school have done or considered before. My headteacher was really happy, all the teachers were all emailing out to say congratulations,” Emma added, “I was absolutely gobsmacked, I was one of the youngest at trials and I’m the youngest in team now, hearing my name get picked I was so surprised, I went into it because I wanted to build on my skills and wanted to learn more about topics. I didn’t expect to be picked, it was surreal.”

The five debaters will represent Scotland at the prestigious World Schools Debating Championships in July.

It was originally due to be held in Mexico, but as a result of COVID-19 will instead take place online.

At the world championships, teams from around the world debate on a variety of topics – both prepared and unprepared. Topics this year include debates on using computer algorithms for criminal sentencing and legalising drugs in specific parts of cities.

The last time Scotland was crowned world champions at this competition was in Cape Town in 2012 and the team is keen to bring the trophy home again. Best of luck to everyone involved!