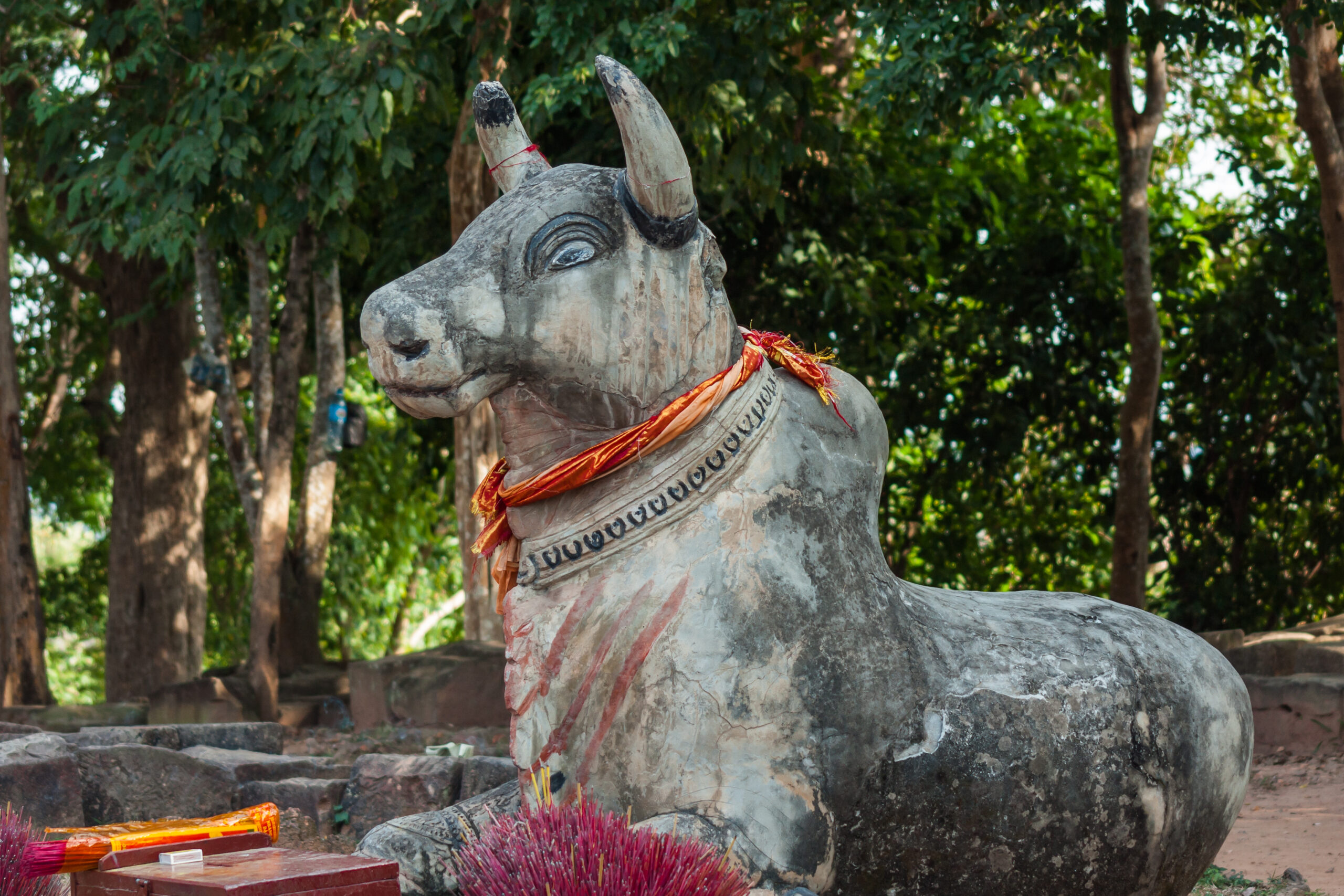 Everyone is looking for a unique experience when travelling abroad, but do some of these experiences cross a line? Are extreme experiences such as the firing ranges in Cambodia where you can fire rocket launchers at cows just an urban myth? If not, what are the dangers involved and should those travellers who participate face prosecution for animal cruelty back home?

Traveling can be stressful; delays, budgeting, and acclimatising can each contribute to a pent-up rage that is, at times, impossible to placate.

Sometimes, simply arriving is enough of a stress release; other times, it takes a few alcoholic beverages to return to a state of mental normality. But for some, the only viable solution is, of course, hitting the local firing range and, by one’s own hands, reigning death upon cattle.

This is apparently the service offered by several target ranges throughout Cambodia, including the Phnom Penh Extreme Shooting Range, where you can allegedly shoot everything from a bull with a bazooka, to a chicken with a pistol.

Although the range itself does not advertise animal targets explicitly, both an article written in the New York Times, and an episode of Netflix’s Dark Tourist, exposed the firing range, and others like it, for offering live-animal targets behind closed doors.

Their Trip Advisor page boasts of an action-packed day, complete with six hours’ worth of launching bazookas into huts and sending rocket launchers into ‘cars full of petrol’, all for the reasonable price of £582.26. Talk about a cash cow… 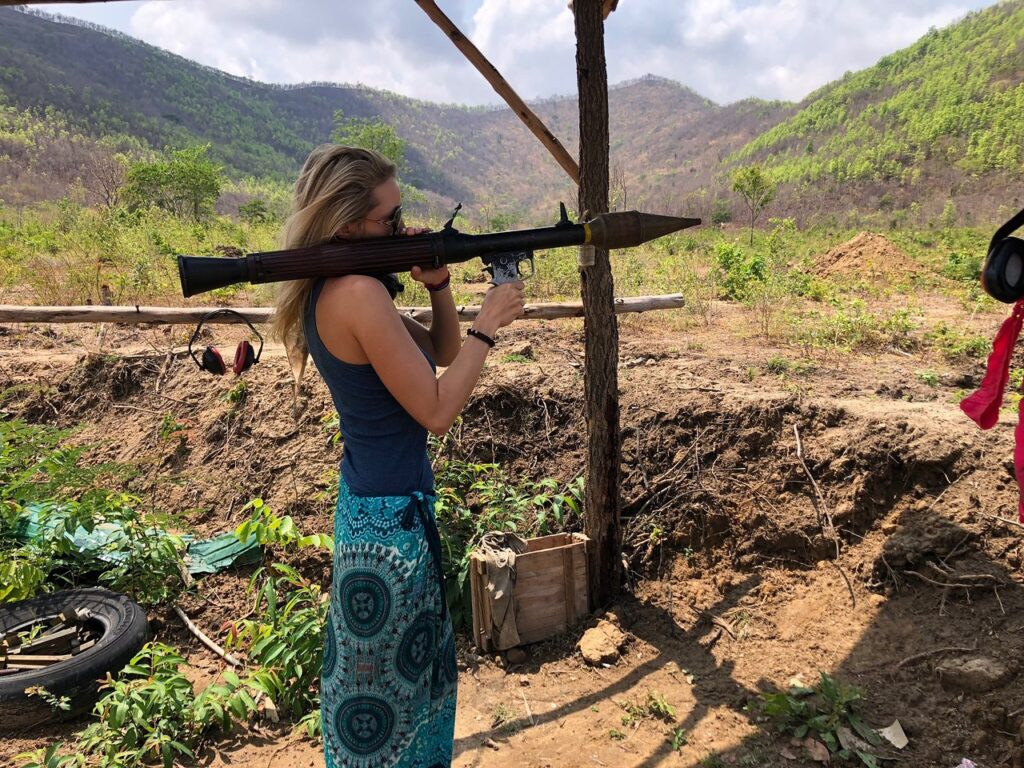 What is it like to visit a firing range in Cambodia?

If spending the full day is out of the price range, cheaper offerings are available; $100 (dollars are often accepted in Cambodia) will buy you some rounds with a machine gun, while a pistol can be loaned for as low as $15. Instant gratification is a sure-fire guarantee, as it is doubtful any farm animals stand a chance against these gratuitous weapons of choice.

No experience is needed, with only the very minimum given in instructional aid. A viral video from 2011 shows an Irish backpacker at the range being taught how to throw a grenade by throwing pebbles into a pond, before being handed a live grenade.

Claiming to be the only in the country that offers the opportunity to handle such gargantuan weapons as AK-47s, the Phnom Penh Extreme Shooting Range even offers calmer, more low-key targets in the form of, in their own words, ‘a hut built that it’s loaded with fuelled barrels and big gas tanks.’ And with that, it is difficult to imagine a dull moment at this place.

Inconspicuously located roughly nine miles outside the capital itself, this extreme firing range is nestled amongst factories and rice paddies, hidden away behind the city’s industrial estates. However, as out-of-the-way as it may seem, it is worth noting that there is another popular, albeit more sombre, tourist attraction in the area: The Killing Fields, where thousands of of Cambodians were executed and buried at the hands of the Khmer Rouge, during the reign of terror in the 1970s. Attractions within a close proximity of each other are normally a ‘bonus’ for travellers, however, with regards to these two, it might be wise to visit each on separate days.

Originally used as a training range for army-personnel, the estate is still used for military purposes, and is currently an operation base for Cambodia’s 911 Paratrooper Commandos. It’s continued militia use becomes immediately apparent upon entering; a lofty rappelling tower casts a shadow over armoured vehicles and a selection of heavy artillery, juxtaposed next to the lesser-known benchmark of military-activity: a cage containing three crocodiles.

Given the extremity of what this shooting range has to offer, you may think such activities must be commonplace throughout Cambodia, however, the country has been, for decades, trying to eradicate the slaughtering of live animals on shooting ranges. In 2001, then-King of Cambodia, Norodom Sihanouk, implored that all poaching, and the unnecessary killing of animals should be stopped. Such practices were more ubiquitous at the time, which not only created a negative image of Cambodia to the rest of the world, but also conflicted massively with Buddhism, the official religion of the country, which advises against killing. 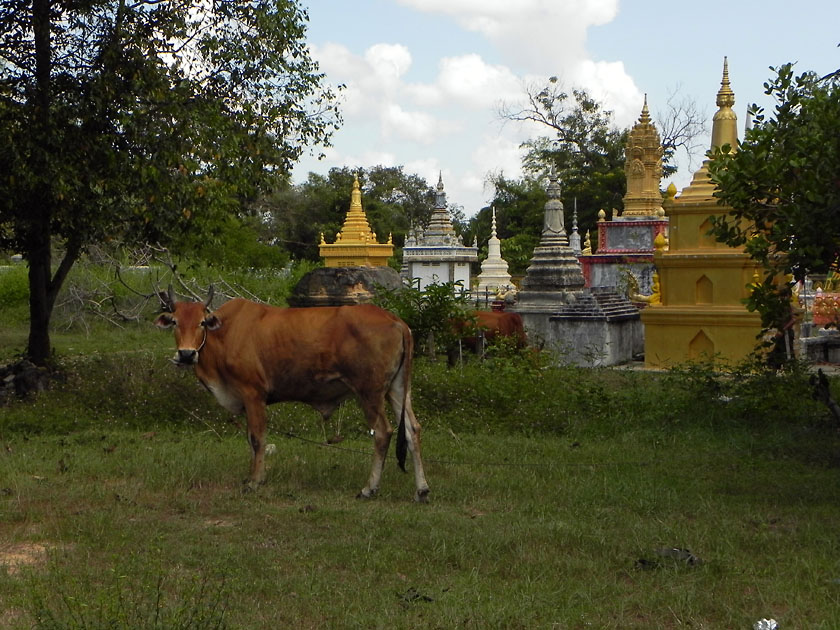 Back in the Spotlight

Since 2001, Cambodian firing ranges have at least made the effort not to advertise the shooting of live animals, including the one in Phnom Penh, however that has not stopped certain ranges quietly continuing to offer the service, neither has it stopped tourists from all over the world putting their ethical dilemmas aside, and endeavouring to locate the ranges that still offer the service.

Worldwide curiosity peaked when the aptly titled Netflix documentary series, Dark Tourist, featured an episode where show-star, David Farrier, investigated the practice for himself in Phnom Penh. At an undisclosed range, he was able to easily exchange $400 for the opportunity to fire a machine gun at a cow. Although he later decided to opt out – had he proceeded, one can only imagine the condemnation Netflix would have received – the episode broadcast to the world how easily it is to, firstly, obtain deadly firearms, and secondly, pay a little extra to use live-animals as target practice.

Although animal cruelty of this degree is illegal in Britain, as in the rest of the world, no British backpacker has faced any form of prosecution for taking part in the killing of live animals at a Cambodian shooting range. 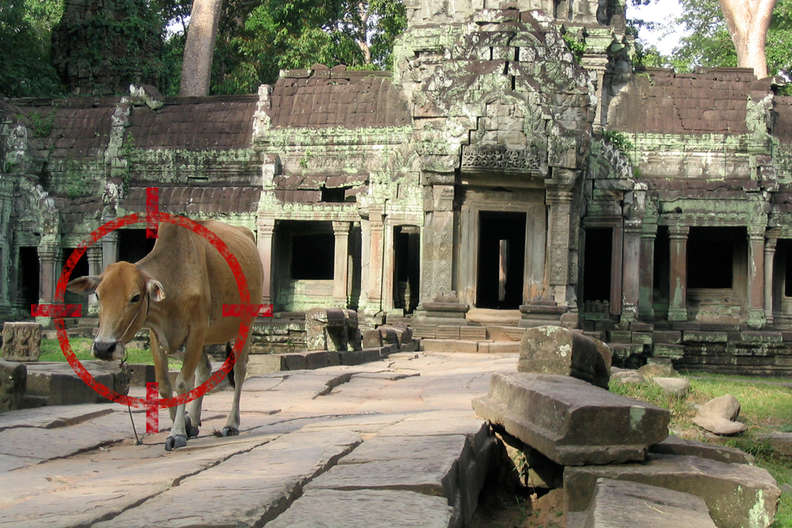 Visit at Your Own Risk

However, these shooting ranges have not been entirely incident-free. An Australian and a Cambodian man were reported dead following an explosion at a firing range in 2018 – another military-run, tourist-friendly range located in the Kampong Speu province of the country. Reports on the case remain ambiguous; at first, the Australian victim was reported to be a ‘military trainer’ but was later simply referred to as a tourist. It was later revealed the Cambodian military would not be investigating the incident, dismissing it as a “private case”.

With that in mind, tourists should be advised to visit at their own peril. It is a guarantee that shooting ranges offering these types of activities do still exist in Cambodia, as Dark Tourist has confirmed, but the level of health and safety not to mention the ethics present at these attractions is certainly up for question.

Notice : There is no indication that anyone pictured in the photos used in this article engaged in activities involving shooting animals, and the photos used are illustrative to show tourists using rocket launchers and firing ranges.