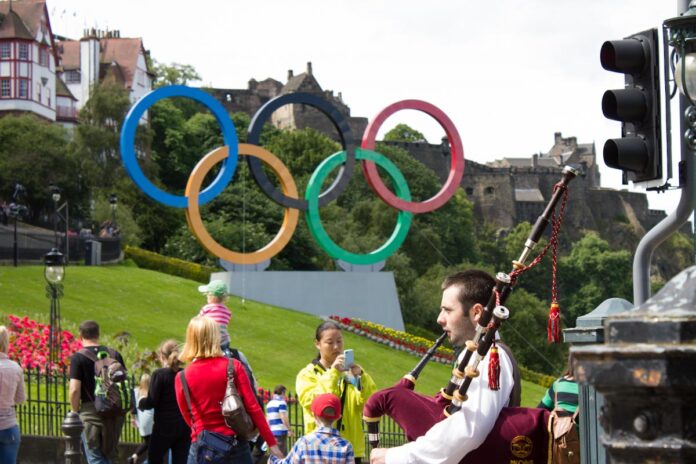 Scotland has already hosted a successful Commonwealth Games this century. Could it also host an Olympic Games?

The Olympic games is the most prestigious sporting event in the world as it plays host to a variety of sports and is growing every four years with more sports being added to the bill. It brings elite athletes who are in their prime years together and gives them the ability to showcase their extreme talents to the world. One question that remains does Scotland have the capability to host the biggest show in the world?

With the modern-day Olympics dating back 1894, the event has become incredibly important in a sports person’s world. Athens were the first hosts and it was an acknowledgement to the fact that Greece was home to the Ancient Olympics in the 8th century BC. In previous years, the Olympics has been used to showcase how a well a country is doing and can bring in tourists and investment for many years after the flame has been extinguished on a city’s hosting. 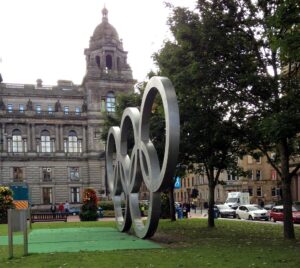 However, this is just a small minority and as a whole the Olympics showcases the talent on offer from all athletes who compete in the Olympics and Paralympics. Recently, Beijing, London and Rio de Janeiro have all proved great successes and helped promote sport in their country.

With a lot of positivity surrounding the hosting of the Olympics and Paralympics, could a belt of Glasgow and Edinburgh play host to the games and would it help Scotland as a whole?

The Success of the Commonwealth Games

One only has to look at the success of the smaller event the Commonwealth Games to show Scotland have been able to produce a fantastic athletic event. The country has hosted the games three times (twice in Edinburgh 1970 & 1986 and once in Glasgow 2014). The Commonwealth games might be on a smaller scale with less nations but the 2014 games in Glasgow proved that the city could host an event close to the size of the Olympics.

BOP Director Richard Naylor evaluated that the games were a huge significance to the change in culture and helped Scotland as a whole, “The 2014 Commonwealth Games Cultural Programme constitutes a step-change in how major cultural programmes tied to non-cultural mega events are conceived and implemented in the UK and in how strategic culture partners in Scotland work together”

However, Louise Martin, president of the Commonwealth Games Federation and chair of Sport Scotland, does have some concerns about Glasgow or Edinburgh having the capability to host the Olympics and Paralympics on their own,

“What we had at the Commonwealth Games was absolutely superb with a maximum of 4,500 athletes living in the village [the Olympics is capped at about 10,500 athletes]. The work that was done with Glasgow Life [the sports and cultural arm of Glasgow’s city council] and the partners who we were working with was how we were able to do such a fantastic games.”

Martin did raise the possibility of hosting the games if the IOC were to allow bids from countries, not cities, in future, a concept that was considered.

“If we were able to host the Games throughout Scotland and put each different sport into different venues that we have, then I think we could look at it, but cost-wise I don’t think the Scottish government would be able to do it.”

Does Scotland already have the infrastructure?

Currently in Glasgow and Edinburgh there are six athletics facilities that could play host the games and they are still intact from the 2014 Commonwealth games. Venues such as Meadowbank In Edinburgh would need to be renovated to meet IOC standards.

The main concern is that two cities at this current stage could not host with their current infrastructure and would need a lot of funding with Murrayfield (no athletics track) and Hampden Park the only two standout venues, Scotland would need to build a lot more stadiums.

This view is shared by Sir Craig Reedie, who helped London get the 2012 Olympics. “It’s a lovely city but it’s far too small. You can’t run an Olympic Games in Edinburgh.

“You need a much bigger city, because you have to build so many facilities – and you have to think about who is going to use them afterwards.”

If the council and government could find new homes for the infrastructure after the Olympic and Paralympic games, then it could be possible but there might not be enough interest. 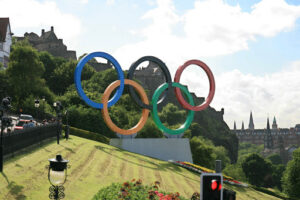 Could London Olympics be an example?

The games were spread across the city with new venues being built to help accommodate the number of athletes and tourists attending the event. It was not a cheap job as it cost £8.77 billion to put on; more than three times the original budget of £2.4 billion. However, in a survey 74% of people would have the games back in Britain. Many of the stadiums are still in use including the main Olympic Stadium that is now the home of West Ham United.

Would the Scottish government be willing to pay that much if not more?

Could the Winter Olympic games be an alternative?

Scotland is known for having some of the best ski slopes in Europe with the main resorts being Glencoe Mountain and the Nevis Range in the West, Cairngorm Mountain near Aviemore in the central Highlands and The Lecht and Glenshee in the East. However, with the main ski resorts are spread out across Scotland and the funding would need to be pumped into close resorts to make it Olympic standard.

One fear that is overlying is the fear of climate change. Scotland’s ski industry has already taken a hit from inconsistent winters and snowfall. Quite simply the winter Olympics is not a viable option.

The research predicts that by 2085 only 33 cities will be cool enough in the summer to have competitors perform without risking heatstroke. The 33 viable cities in 2085 15 are in the UK.

The host cities for four future Olympics have already been selected: Beijing Winter 2022, Paris Summer 2024, Milan and Cortina d’Ampezzo (Italy) Winter 2026, and Los Angeles Summer 2028 so in no way would Scotland be able to host an Olympics within the next ten years. However, if the funding was given to Scotland and the IOC allowed the country to bid using two host cities then it would be a great event for the country. It would boost the economy and build on the cultural boost the country received in 2014.

However, if the scientists are right then Edinburgh and Glasgow might be on a very short shortlist of cities able to host the Olympics and Paralympics.