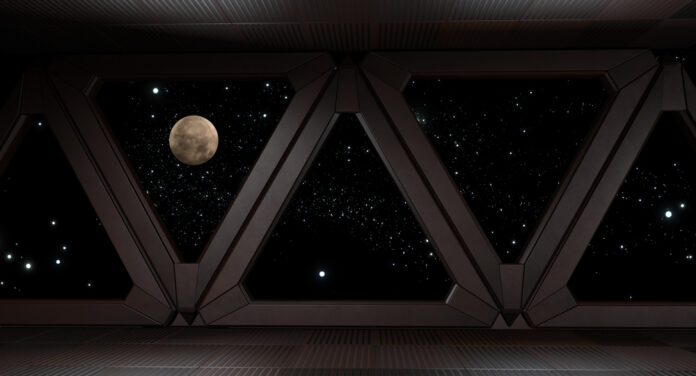 A desperate struggle worthy of Captain Kirk – Three figures locked in battle, Bat-leths held high, they persevered for the rights of Star Trek. While the reality was marginally different to this scenario, the legal battle against Axanar Productions in 2017 was no less tense. This face-off raised an unprecedented legal question – can fictional languages be copyrighted?

Klingon, Dothraki, Na’vi. The popularity of languages created for TV shows and movies is increasing due to a desire to create authenticity, and a personal language for the fandoms. However, as fictional languages are commercial creations that film companies have paid inventors to build, should the creators have the rights to limit its usage? Or as a public phenomenon, should it be free to all as another method of communication? The legal proceedings of 2017 brought some interesting examples to light. 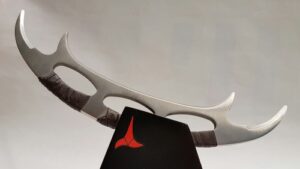 In 2015, the company Axanar Productions set their sights on producing a fan—film set in the beloved, but not overly peaceful Star Trek universe. After two crowdfunding attempts, they achieved their goal, and incredibly raised over $1 million to create a professionally produced film to please Trekkies all over the world.

While the public were incredibly supportive with their donations, Paramount Pictures and CBS Inc., were not. These two companies own the copyright to the Star Trek motion pictures, and proceeded to launch their lawsuit against Axanar Productions for copyright infringement.

For many years, fan-made films have been a beloved, harmless pleasure for fandom communities, and from a pragmatic point of view, a costs free way of advertising for the companies to keep the franchise popular, but in their opinion, Axanar crossed the line. As the first lawsuit against a fan-film by Paramount and CBS Inc., it let loose large questions about the acceptable limitations surrounding the subject.

Perhaps due to the sheer scale of the crowdfunded fan-film, Paramount Pictures and CBS Inc. saw the movie as a viable commercial threat to the franchise and brought Axanar to court, declaring that they own the ‘exclusive right to develop, create, and/or produce motion pictures and television shows based on the Star Trek Copyrighted Works’. This was followed by a list of examples such as characters, costumes, fictional history, and finally, fictional language.

While the battle raged both in the public eye and the courtroom, the Language Creation Society brought up groundbreaking and unique points about the limitations of copyrighting language itself, especially a language that is so well-known, and broadly spoken throughout certain groups.

While Klingons have been appearing in Star Trek since the 1960’s, the Klingon language was commissioned by Paramount Pictures in 1984 for their newest movie – Star Trek III: The Search for Spock. Created by Marc Okrand, the language was produced, and even a Klingon Dictionary released in 1985.

Far from being the only fictional language ever created (one only has to imagine J.R.R.Tolkien creating his Elven languages in the trenches of World War One), it was unique because it was created solely for the purpose of the TV show. Since that time it has spread, and grown, and developed beyond expectations. Language applications now provide lessons in Klingon, there are Klingon debate societies, a Klingon Language Institute, and incredibly there are classical works such as The Epic of Gilgamesh, and Hamlet, translated and released in Klingon!

In a 2016 ‘Amicus Brief’, The Language Creation Society argued the case for equivocating the Klingon language to any foreign language due to its natural development; and arguing that  international friends who share no common language, communicate via Klingon, as if it were simply another language.

Their point to this evaluation is that US Copyright Law does not extend to ‘any idea, procedure, process, system, method of operation, concept, principle, or discovery’. The LCS further stated ‘What is a language other than a procedure, process, or system for communication? What is a language’s vocabulary but a collection of words? The vocabulary and grammar rules of a language provide instructions for a speaker to articulate thoughts and ideas.’.

They even went further, providing a prior case where Poker terminology and slang, was not held accountable to copyright.

Their point, is that Klingon itself is merely a system of communication, and even if it was created for the sole purpose of the Star Trek series, it is not possible to copyright an entire language. This managed to strike a chord.

Despite massive public support for the crowd-funded film, and J.J.Abrams and Justin Lin, the men involved in directing and producing the newest reboots of the franchise, stepping up and declaring the lawsuit was unfair, Axanar Productions lost the case.

Now Paramount have declared a list of strict guidelines to the creation of fan films, including budget, costume, and movie-length limitations. However during the case it was judged that the use of the Klingon language was not a basis for copyright claim. While Paramount Pictures still own the language, it is still available in the public domain.

What does this mean for the future of original languages?

While Axanar’s failure might dissuade others from producing fan-made films of their own in the near future, it’s comforting to know that the languages produced in TV and film have the opportunity to grow without impediment. Dothraki, Valyrian, and Na’vi now have their chances to be learned by millions of fans and enthusiasts without fear of reprisal. The development of these languages will be seen in years and decades to come, and even during the legal case, a new Klingon word for Paramount Pictures was developed – pa’ra’mon. A subtle reminder that, although owned by them, the languages are for all of us within the fandoms.

Success! Or as those fluent in Klingonese would say – Qapla’!