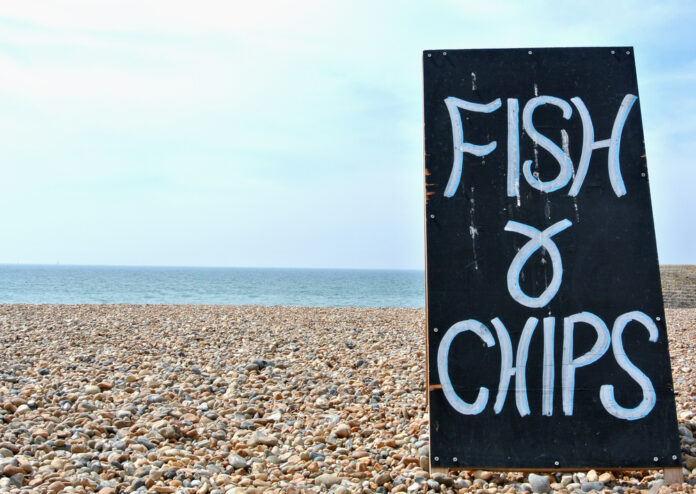 British cuisine at its finest, fish and chip Fridays are a common weekly tradition for thousands of families across the UK. The dish that fuelled the industrial revolution and two World Wars stands proudly alongside English Tea and gloomy weather, in representing stereotypical British culture. However, its origins are far less British than one might think…

‘Chippy tonight?’ is one of Britain’s most uttered phrases. Wolfing down battered fish and steaming chips straight from the fryer, the British people love a chippy. Heated arguments occurring over what constitutes the correct toppings are widespread from region to region. Those who favour mushy peas will scream at those who prefer gravy, who in turn threaten those who like curry sauce, while disdainfully looking down on those opting for a classic salt and vinegar. Despite these banter-filled disputes, there’s no refuting the fact that the classic dish is a national favourite. In fact, the UK sports around 10,500 fish and chip shops across the nation – outnumbering McDonald’s by approximately ten to one!

But to explain the origins of our beloved national dish, and the reason why we are obsessed with Friday night fish and chips, will require a trip back through history… 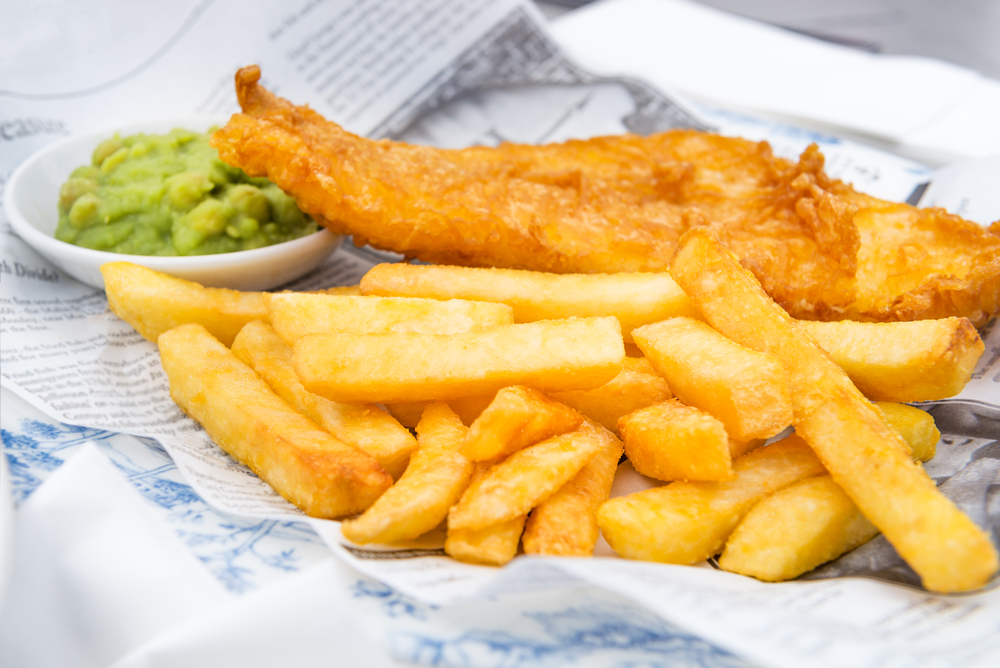 The beginnings of our battered fish

Known as Al-Andalus under Moorish rule, Portugal is the actual birthplace of our battered fish. Peshkado frito (or pescaíto frito) was a dish consisting of white fish fried in a thin layer of batter. Usually consisting of Cod or Haddock, this dish was consumed in large quantities by Sephardic Jews. As Mosaic laws prohibit cooking on the Sabbath – beginning at sunset Friday and ending just after sunset on Saturday, enough peshkado frito was cooked on the Friday and kept to eat for the Saturday. This way of preparing the fish allowed Sephardic Jews to uphold mosaic laws, kept the flavour of the fish in order to have a delicious Sabbath meal, and foreshadowed our modern day tradition of Friday night fish and chips!

Enjoying religious freedom for many years under Moorish rule, political changes altered everything for Sephardic Jews. As Portugal gradually came under Spanish rule, religious persecution ensued against the Jewish population. While many fled, or were forcibly expunged, many others practiced Judaism in secret.

This is the moment where fried fish literally became a life saver. As in certain Christian traditions, warm-blooded meat-fasting is common on Fridays. The repeated use of peshkado frito on Fridays allowed Sephardic Jews to mimic Catholicism in public, yet allowed them to maintain their own Judaic traditions on the Sabbath.

Eventually, due to the dogged determination of the Spanish Inquisition, the Sephardic Jew population fled. Fear of torture and death spurred a mass exodus from Portugal and Spain to the shores of Britain – bringing with them a dish that would change the face of British cuisine for centuries to come.

It took Britain by storm. Jewish families would prepare their Friday night fried fish and began to sell it on the streets. Spreading around the country faster than the plague, it soon became a staple food of British Friday nights, and fish prepared ‘in the jewish manner’ became a delicious family treat.

Who put it with Chips?

The origin of the beloved pairing is hotly contested. While assured that fish and chips began to be sold as a single dish in the 1860’s, it is unconfirmed whether the first shop was Joseph Malin’s chip shop in London, or John Lee’s chip shop just outside of Manchester. Spreading to Scotland in the 1870’s, Scotland’s first chippy was opened in Dundee, and there birthed its own variant – fish supper. Regardless of who began the latest dinner trend, the astounding popularity lit a fire among Britons far and wide, with fish and chip shops popping up in their thousands. In fact, Joseph Malin’s London chip shop had such success, that it remained open for over a century, eventually closing its doors in the 1970’s!

How did Britain become so enamoured with the dish?

Despite half of the traditional dinner hailing from Sephardic Jewish roots, fish and chips became appropriated by British culture for a myriad of reasons. Firstly, a properly prepared portion is massively nutritious – providing a third of the recommended daily allowance of vitamins for men, and nearly half of the recommended daily allowance for women.

Secondly, the low value and vast abundance of the ingredients involved make fish and chips a perfect meal. Being not only an island nation, but a growing island nation meant that cheap, filling food was a miracle. This is the reason that fish and chips is known as the food that fuelled the industrial revolution. A working person’s standard meal, to recuperate after a long day at work, at an affordable price. This did more than fill up working class citizens, it kept up morale. In fact, the dish was so beloved by British citizens, that throughout world wars, strife, and hunger, fish and chips was one of the only dishes that the government refused to ration! Knowing the fortitude and strength that the dish can provide, it took precedence over a vast other number of foodstuffs in order to sustain the legendary Blitz spirit.

Finally, the delicious, yet simple, nature of the dish provides such variance. It retains an ability for personalisation far beyond that of most other dishes. A side of spicy curry sauce, perhaps a pour over of dark, salty gravy, or the sharp tang of vinegar against salt. These slight modifications allows anyone with a personal flavour preference to make it their own, while still retaining its humble roots.

Versatile, simple, and fulfilling. These factors are what hooked the British public on fish and chips the moment it first arrived on these shores. In fact, to this day, fish and chip shops all over the country outnumber restaurant chains, and it is easy to understand why. Since adopting the dish, fish and chips has bound us together through both difficult and joyful times.

It has become synonymous with Britain as a nation, and represents the country as thoroughly as the Queen and cups of tea. The only way it divides us is with Friday night feuds over the correct topping!