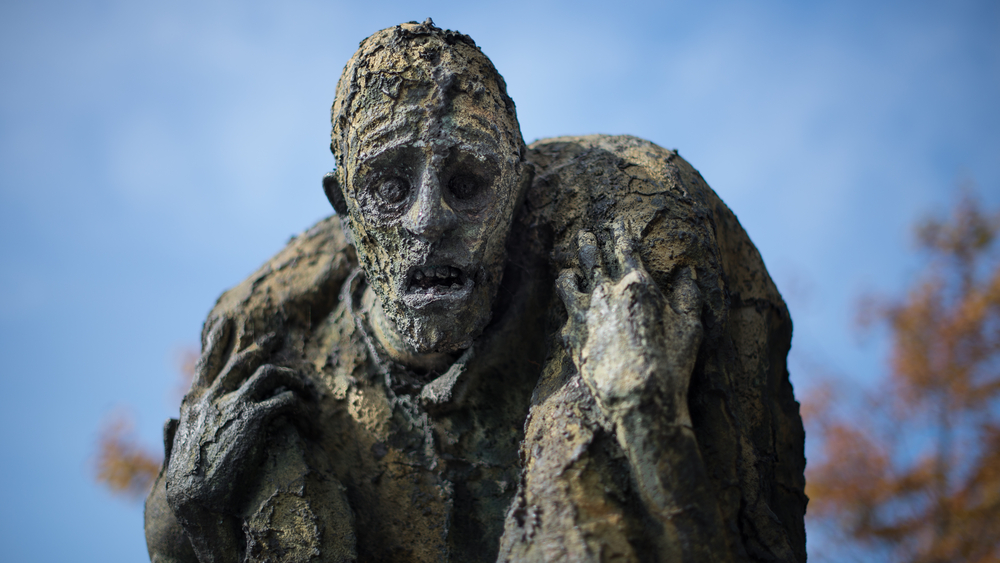 An Gorta Mór, or The Great Hunger, was a time of tragedy, famine, and death for Ireland, however less mentioned is the Gaiseadh a’ bhuntàta. The blight reigned down death and destruction upon the Highlands, but paved the way for a new era in Scotland’s future.

18th and 19th Century Scotland was an era of struggle. The Jacobites were crushed, language and native traditions were being squashed underfoot, and ethnic-cleansing (or clearances) was rife. The Scottish Potato famine swept in at a time when the country had already suffered enough, culminating in an horrific death toll and an exodus of thousands. Those who stayed would force through a new political climate for the people of Scotland, those who fled, would re-build in the new worlds, spreading Scottish culture to distant shores. 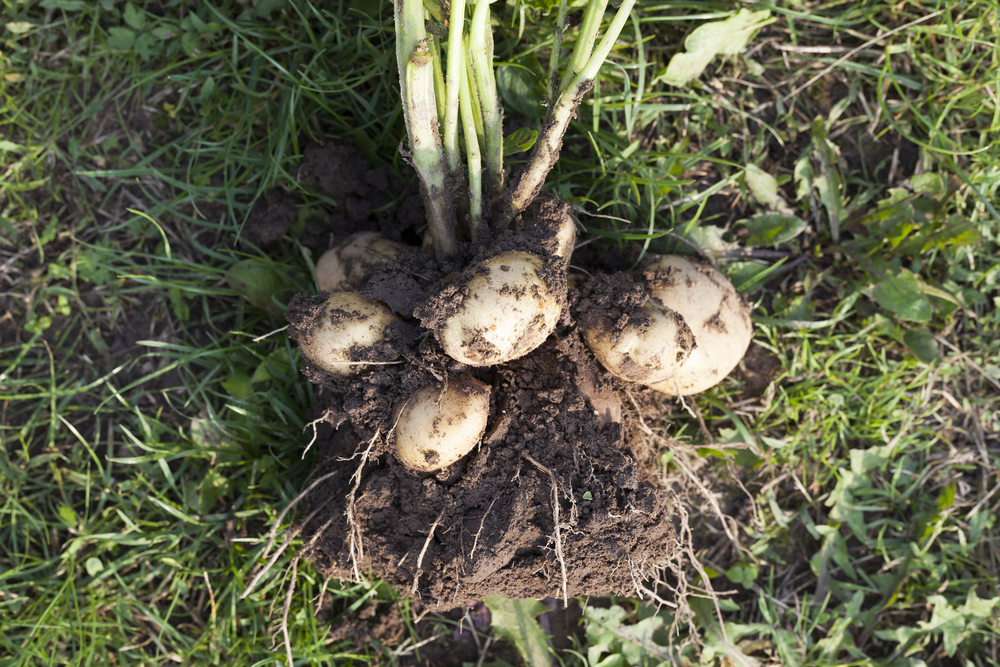 The Root of It All

The hardy potato. Incredibly slow to spoil, and with over three times the calorific value of grain, this tuber was the staple diet of the majority of Scotland. Originating over 7,000 years ago in South America, it slowly journeyed its way across the globe until arriving in Scotland.

While the Highlander’s diet consisted traditionally of ‘barley, oats and kale along with whatever cheese and milk that could be kept back from rent in kind paid to the landlord.’, within two generations of arriving in Scotland the potato took over as the main foodstuff. High-calorie, a good source of Vitamin C, and thriving in even the toughest soil, the potato became 80% of the average Highlander’s diet.

Phytophthora Infestans. A virulent plant pathogen originating in the Americas swept through the continent of Europe. Infecting through the leaves, and leaving diseased, inedible tubers, it swept virulently through field upon field like a dark and twisted monster. It blackened fields in Holland, Belgium, and France, but, with the exception of Ireland, ravaged nowhere more so than Scotland.

Scotland’s potato blight wasn’t simply a single season, but a recurring period of history. Historical records show that Scotland experienced multiple blights throughout the years, but the two largest, in 1836 and 1846, were on a massive scale, and the after-effects would leave marks on Scottish history like never before.

1836 saw the onset of  Scotland’s dark famine. A terribly harsh winter was set to arrive in that year, and the common folk were ready to collect and store their harvests in preparation against the coming months. Having already suffered at the hands of the British procedures named ‘clearances’, an act of moving generations of families from their homes among fertile fields to make way for more valuable livestock, the common folk faced a dreaded surprise. The harvests that would provide sustenance over the difficult winter, were reduced to black inedible mush.

Almost every potato crop throughout Scotland was affected, and it is estimated that over half of the Isle of Skye was left starving. Destitute, and facing a winter with howling winds and penetrating cold, stores of peat were rapidly depleted, and houses torn down as firewood to provide temporary relief for those not dead from starvation.

Those lucky survivors of the first onslaught must have been certain that they had overcome the ultimate challenges, but as they would discover with the next harvest, the worst was yet to come. The harvests both one year later, and one decade later, would fail once more, adding to the cycle of destitution, starvation, and suffering of the people. 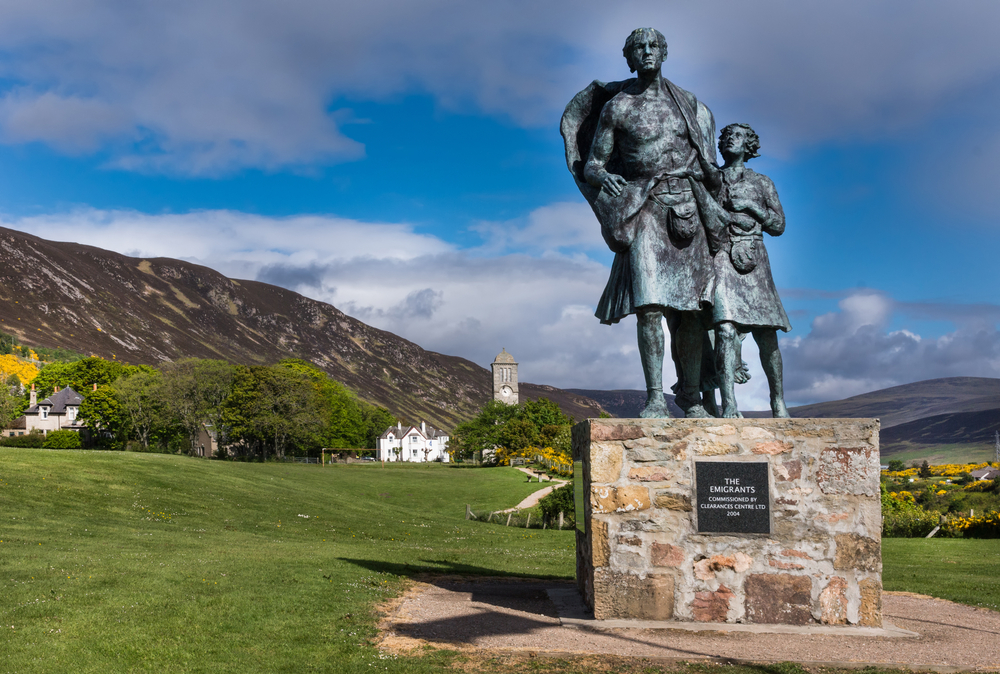 1846 would be the year of destruction, both for Scotland and Ireland. With potato harvests seemingly recovered and maintaining their position as the main foodstuff of the populations, the return of the blight was devastating.

The population starved, those without access to greater markets of produce suffered terribly during the following years of blight, with those on Barra and South Uist watching as their children’s lives ebbed away before aid was forthcoming. For those who lived in more industrial and economic areas, the political consequences would cause uproar and insurrection.

Aside from the blight, Scotland’s biggest adversity would come down to politics.

As the pathogen caused wide-spread failure of potato crops, Scots had to return to traditional foodstuffs such as oatmeal, to maintain their diets. Landlords and merchants, seeing the opportunity, cynically drove up the cost of oatmeal as they realised demand for the grain was growing rapidly.

Despite the pleas and desperation of starving people, the government refused to interfere with market prices under claims that it would destabilise the markets. This resulted in mass starvation, anger, and riots across the country.

Grain was seized, harbours blockaded, riots against the police and military spread as virulently as the blight itself throughout the country. Construction workers abandoned the railways and joined mobs, forcing customs officers, sheriffs, and special constables to give way beneath the unrelenting onslaught of starving people. Despite military forces firing back at hunger-ridden citizens, nothing could stop the anguished masses – they fought and rebelled in a desperate frenzy.

The outcome was a success for common Scots. Eventually, after riots, mobs, and protests, the British government finally caved. Concessions were awarded, cheaper food was secured for the future, and perhaps most importantly for future generations, no more clearances would be enforced.

This was the end of an era, and the beginning of a new one. Despite hardship and death tolls, the Scots remaining in Scotland gained for themselves and their descendants, an age of greater security for the future, and safeguards against tragedy. For the Scots who left Scotland fleeing starvation and deprivation in a mass exodus, it heralded their new lives and the building of Scottish culture in the New Worlds. We then saw Scottish communities far from home on different continents, reestablishing traditions in Australia, Canada, and across the world.

While the death toll was not as great as an Gorta Mór, there is no denying the historical ripples the Scottish Potato Famine created. It took tragedy and hardship, but the perseverance of the Scottish people brought the beginnings of a new age to their country.