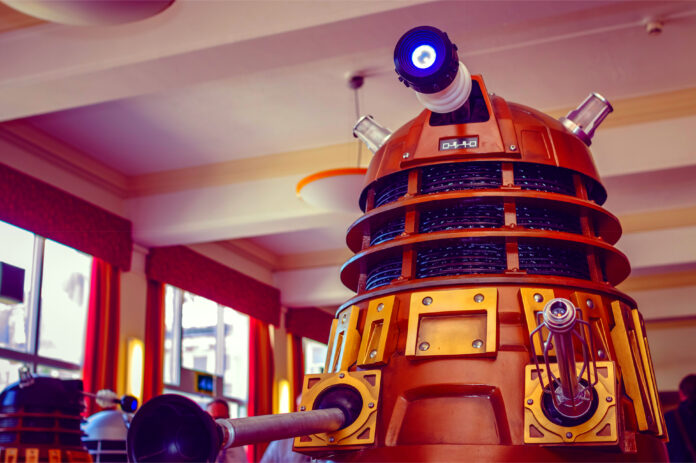 Doctor Who is the longest running sci-fi TV series in history. Now having been on our screens for over 57 years, Doctor Who has received a swell of support from the LGBT community, as well as backlash from more conservative audiences. Why has a TV show, once made for children, become such a controversial piece of television?

‘Wibbly Wobbly Timey Wimey’ was the favourite Doctor Who phrase among our group of Whovians at school. Ironically that phrase also described how straight we all were, but it did raise a question – why did our LGBT generation so adore the series?

We’re not saying that Doctor Who actively encouraged our evolving sexualities, but it definitely moved with our generation’s views. As the LGBT community received greater freedom, recognition and public acceptance, Doctor Who matched it step for step..

With the show now including pretty much every aspect of the LGBT movement and then some, it could well be argued that Doctor Who has actually outperformed the movement itself.

The key lies in an incredibly clever, absolutely flawless execution of TV presentation. 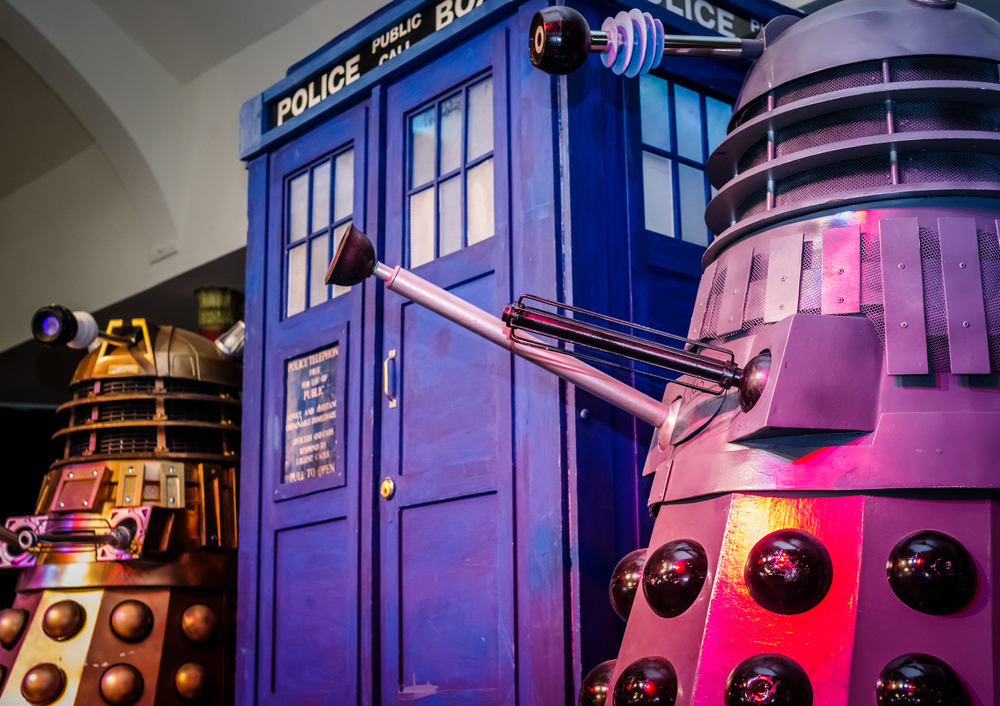 Yes, to go back to the beginning of Doctor Who would take a bit of a trip back in time, but sadly our TARDIS is in for repairs. However apt it would be for the show, many will agree that the ‘LGBT agenda’  of the show began with Captain Jack Harkness.

When John Barrowman, the openly gay Scottish-American actor, made an appearance on the show as the smouldering pansexual Captain Jack Harkness, everything was permitted. John Barrowman’s love interests crossed genders, and even species, shocking the more conservative audiences while he kissed both Rose and the Doctor in the same episode. Director Russel T. Davies admitted explicitly making Doctor Who more LGBT friendly, stating that ‘sexuality is fluid’. After all, as humanity evolves – so too do our definitions and ideas of sexuality itself.

With onscreen kisses, and even more suggested offscreen, the BBC would face backlash and complaints for years. ‘Promoting the gay agenda on a TV series’ was apparently unacceptable to some people, as if they couldn’t understand a love story unless it was heteronormative.

Perhaps these complainers require a TARDIS to go back to when homosexuality didn’t exist. Or at least, to when it was hushed up and shoved under the carpet so as to not disturb their delicate persuasions.

Nevertheless, the Doctor Who series armed itself with sonic screwdrivers aplenty, and continued its fantastic storytelling, not just through space and time, but gender, species, sexuality and race as well.

To date we have had omnisexuals, bisexuals, gays, lesbians, transexuals, inter-species kisses, and inter-cultural romances. Too many in fact, to list down in one place. But the cleverest, and most heart-warming part of Doctor Who isn’t simply the fact that inclusivity has been portrayed, but how they portrayed it.

Blatant, yet not shouting.

Refusing to shy away from the LGBT romances and relationships was a brave thing for Doctor Who to do. However, if you can normalise a constant character appearing as different actors for over 5 decades, you can normalise anything. The messages in Doctor Who consistently cover love, honour, and the inclusion of differences. After all a time-travelling, two-hearted alien capable of regeneration for hundreds of years can still care for frail short-lived humans. How could anyone be judged for one human loving another?

In stark contrast, the enemies of the Doctor include the dreaded Cybermen and Daleks. Loveless races, intent on destroying or assimilating all other life in the universe, until only their beliefs and races exist.

Hmmm, no tolerance for anything different than themselves? That sounds familiar. Perhaps the metaphor rang sharply for our generation. A story that spans the universe, where love triumphs over hate and ignorance.

Therefore, whenever love and connection appear on screen, it’s accepted. Perhaps with the occasional jibe, or reference, but nothing is unacceptable. The running message is that we’re all individuals capable of love. Regardless of race, species, or gender, Doctor Who continues to encourage the concept of ‘anything goes, just don’t hurt anyone’.

A Galifreyan who protects a myriad of different races from destruction can hardly afford to be picky about their life choices after all. In 2011, we saw a companion named Oliver Harper who was terrified to come out before the Doctor, due to homosexuality being illegal in 1960’s America. The Doctor reassured Oliver that this persecution was ‘society’s crime’, not Oliver’s. 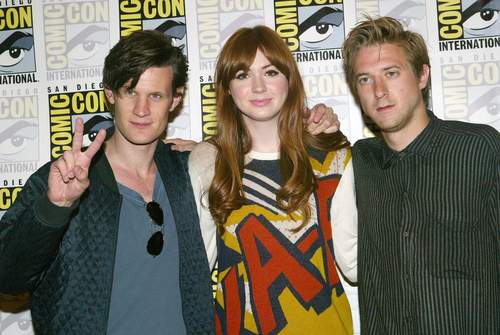 The Doctor also has a history of non-heteronormative sexuality after all. The sixth Doctor, Colin Baker, agreed with a popular fan theory that the Doctor was asexual/aromantic. ‘Love is a human emotion, the Doctor isn’t human’. While not sufficient to be accurately described as ‘alien’ as asexuality and aromanticism do exist within humans, this is possibly the first, albeit perhaps unintentional, example of behaviour within Doctor Who that didn not fit into heteronormative examples.

Perhaps the classiest way to present the LGBT community as ‘normative’, has been Doctor Who’s understated method of promoting theories. With many characters rarely being made outright ‘gay’ or ‘straight’, theories and conversations are promoted among fans. The Doctor’s asexuality was only ever theorised, and was never made canon. Since then we have seen him fall in love with Melody Pond, aka Professor River Song, and be both ‘biological mother and father’ to Jenny, via non-standard means.

Finally, we have seen Jodie Whittaker play the Doctor as a woman in the latest reincarnation of the family favourite. While it has alienated many long-time fans (check dictionary definition for ‘snowflakes’) the female incarnation of the Doctor has brought in a vast swathe of brand new viewers who are now finding the show more relatable.

With brand new viewers watching the show, be it from the queer community, or simply from female fans who are relating to it now more than ever, the show is going from strength to strength with its message of inclusion and love.

The Future (Or past, depending upon when you are!)

More recently John Barrowman has spread gossip by suggesting that the next iteration of the Doctor could be gay or even bisexual. Something many would surely see as a travesty, but if we can believe in a time-travelling alien with two hearts who can travel through space and time, a same-sex attraction should not be a shock.

After all, there are far worse things in this world. If you can stomach fishfingers and custard, you should be able to handle two people in love.