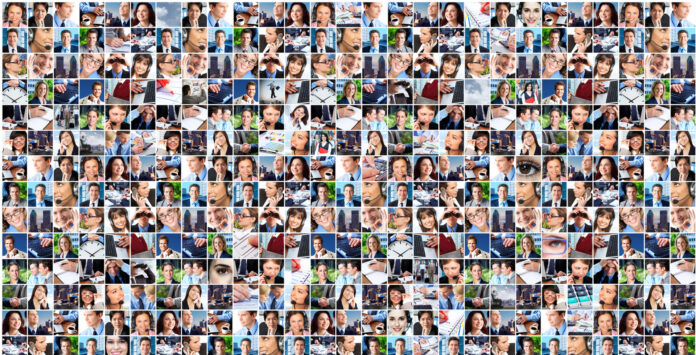 As of 2020, our planet is home to 7.8 billion human beings. Back in the year 2000 we passed the 7 billion mark. Yet a century ago we numbered only 1.6 billion men, women, and children abounding on this spinning rock we call home. Is overpopulation a legitimate concern? What does the coming century hold for humanity?

There is a sobering thought among humanity, and it has been the talk of philosophers, poets, and scientists alike for centuries – What do we do when we run out of space and food? Shoot for the stars? Restrict our own fertility? Change the way we live? Or perhaps a combination of all three?

While we homo sapiens may have come to dominate the planet, we have done so gradually for almost our entire history. Thousands upon thousands of years of struggle and war delayed us. Famine and plague cut great swathes across our bursting population. High mortality and low lifespan kept our numbers down. Until finally, according to the United Nations, we finally reached the number of five billion people on planet Earth in 1989.

The causes for our booming reproduction are myriad. Greater hygiene, higher levels of education, healthier diets, longer lifespans. All these causes intrinsically link together.

Greater education leads to greater personal care, better hygiene, better technologies, all leading humanity to lengthier lifespans. In the course of 10 years, from 2000 to 2010, the average human lifespan increased by four years each for both men and women.

It must be noted that precisely numbering our population is an imprecise task. All our current and historical data is based on imprecise censuses. With deaths and births ranging from day to day, and season to season, scientists have created what they believe is the most accurate tracking algorithm for our planet’s booming population.

While the global population is increasing, some areas are actually experiencing a decrease in population fertility. In fact, since 1970 we have paradoxically seen a global decrease in fertility, with children per woman shrinking from five, to two-and-a-half. In countries such as Brazil, the fertility rate has shrunk from 6.3 to 1.9 children per woman, and in the United States of America, fertility is now slightly below replacement level.

This is in vast contrast with other areas of the world.

In fact, scientists claim that until 2050, half the entire population growth of the world will come from just nine countries, five of which, are in Africa. In Nigeria, the Democratic Republic of the Congo, Uganda, Ethipoia, and Tanzania, birth rates are between 4.35 and 6.02 children per woman.

While many cite that, due to conflict and HIV outbreaks, lower lifespans and higher mortality will play a factor in mitigating these booming populations. However Nigeria is still predicted to become the third largest country in the world in terms of population by 2050.

So are we too many?

Plato, Aristotle, and Samuel L Jackson’s villainous character in the movie Kingsman, have all given attention to what they believe is one of humanity’s greatest threats – overpopulation. The idea that with higher fertility rates, we will choke this planet of its resources. The premise that an ageing population will provide us with too many hungry mouths, unable to fully support themselves.

With respect to our venerated philosophers, this is both incorrect, and correct.

The truth is that we already produce food at an incredibly efficient rate, and it is only increasing. Already our food industries gather enough food to feed 10 billion people. That’s 1.5 times the size of our current population. And yet, we still have one in ten people on our planet suffering from undernourishment.

So where are we going wrong?

It is humanity’s disparity which is hindering our efficiency. While our resource consumption may appear as if it is dooming us to an early calamity, the truth is that many countries live well under our yearly consumption limit. However, if every person lived as an average American, we would consume up to four planet’s worth of resources every single year.

Our food consumption may be extremely efficient, but it is useless when distributed unequally, or made unavailable by other means such as poverty.

The reality is that our planet is incredibly bountiful, and resourceful. It holds plenty for all, but we haven’t come up with a solution to alleviate the difficulties some areas face.

That’s not to say it is doom and gloom every day. Communities are finding greater ways to become self-sufficient all the time. City Fruit in Seattle is one such organisation. With the fourth largest income gap in the United States, 14 percent of Seattle’s families are at or below the poverty line.

This is where ‘City Fruit’ was born.

In a city filled with urban orchards and fruit trees, certain individuals noticed that the fresh fruit would fall to the ground after ripening. This valuable produce was going to waste, fuelling nothing but insects and bugs. So a group of volunteers stepped up, and changed everything.

In 2019 the organisation collected 36,636 pounds of food produce that would otherwise have gone to waste. While some was sold in an effort to keep the programme running, they still donated 31,519 pounds of it to food banks, meal programmes, and other community partners. This is 85% of otherwise wasted fruit, going to those who need it most, and an astounding example of what an urban environment can provide.

Our world is an incredible planet. Full of life, and full of resources. Every day is another chance to discover a new method of preserving our society’s resources. New solutions are just around the corner – it is up to us to make the most of them.