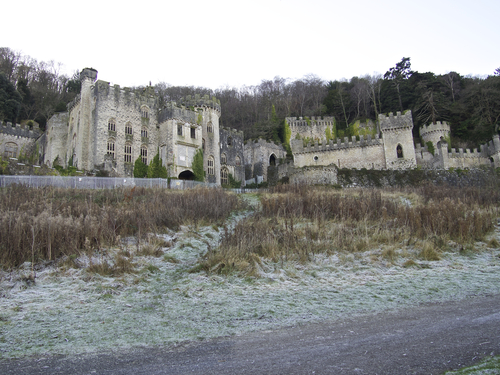 Gwrych Castle in Abergele has been confirmed as the host location of ‘I’m a Celebrity, Get me out of here’. What is the history of the castle and where is it located? What features make it a good location for the show?

2020 has been turned upside down by the global pandemic situation. Offices are empty with people working from home, towns are shut down by 10 pm and you think twice about going out without a face covering and hand sanitiser.

Not only have our personal lives been impacted but entertainment industries have also been hit from cinema to sports and television. One television program which has been dealt a major blow by travel restrictions is the ever-popular “I’m a Celebrity, Get Me Out of Here!”.

The show has gained cult status over the last decade, placing a group of celebrities in the Australian jungle and making them complete challenges to stay in the camp with a winner being decided by public vote at the end of the month-long program.

With the safety and logistics issues involved in getting to Australia for the 2020 show, the producers of I’m A Celebrity have come up with a novel solution. This year, the program will be done in the UK for the first time. The celebrities will not be going to the jungle, instead, they’ll be spending their time on the estate of Gwrych Castle in Abergele, North Wales. 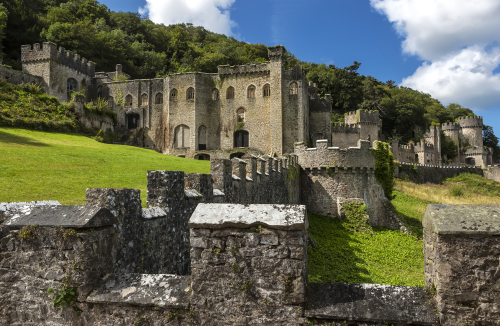 Construction on Gwrych Castle began in 1812 and was completed in 1822. It was built by Lloyd Hesketh Bamford-Hesketh as a memorial to his mother’s ancestors, the Lloyds of Gwyrch. Originally on the site was an Elizabethan house named ‘Y Fron (Rounded Hill) which fell into disrepair and was derelict by 1810. Lloyd married the daughter of the 1stEarl of Beauchamp, Lady Emily Esther Ann Lygon, in 1825. By then, the main building was complete for them to use as their residence.

When he died, Lloyd left the castle to Robert Bamford-Hesketh and his wife, Ellen Jones-Bateman. During the Second World War, Gwyrch was a part of Operation Kindertransport which saw the rescue of thousands of Jewish refugee children from Germany, Austria and Poland, bringing them to Great Britain. Between 1938 and 1940, it is estimated at 9,000-10,000 children were saved through the operation.

The estate remained in the family until it was sold to the Dundonald’s in 1946, this ended nearly 1000 years of family ownership. The castle began to decline over the years and was potentially saved in 1989 when it was bought by Nick Tavaglione for £750,000. Unfortunately, the restorative plans of Tavaglione failed, causing the building to decline even further and eventually to become derelict.

The estate is now owned by the Gwrych Castle Preservation Trust who aim to preserve the castle and estate on a long-term basis while offering public offerings to allow locals and visitors alike to learn about this historic location. They also aim to carry out essential works paid for through fundraising while also finding new and sympathetic uses for the castle and estate.

The trust will be very excited to open the doors to ITV for I’m a Celebrity, showcasing the castle to a modern audience while also showing the natural beauty North Wales has to offer. The Gwyrch estate is located on a hillside with views over the Irish Sea; as the series will be filmed through the winter, the environment should offer some fantastic landscapes for viewers. 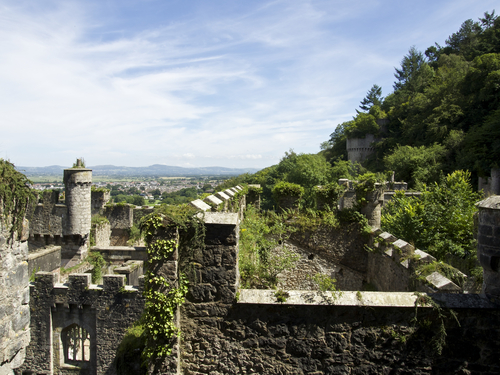 While it’s very different to the Australian jungles of the previous series, the Welsh countryside – especially in winter – will offer a tough challenge to the celebrities just on an environmental level. With its age and extensive history, it is no surprise that the Gwyrch estate has seen it’s a fair share of tragedies, these events have had a reported effect on the premises with many different instances of paranormal activity being observed. The castle offers ghost tours to the public through their open season so expect this to be included as a challenge during I’m a Celebrity!

How the castle could be used on ‘I’m a Celebrity’

While it remains unclear whether the celebrities will be camping in the grounds or staying within a shelter built within the castle itself, the 20th series of I’m a Celebrity is sure to be special. With adverse weather conditions being inevitable for North Wales in Winter, the challenges are going to be exciting.

As a grade 1 listed building, Gwyrch castle is in dire need of help, this is the aim of the preservation trust who are working to revive the estate. Hosting I’m a Celebrity will provide a massive financial boost to their efforts. While no figures have been released, ITV is rumoured to have paid a fortune to secure the location for filming.

Swapping Australia for Wales may not seem an ideal replacement but after 20 years, I think it’s safe to assume the producers of I’m a Celebrity know how to put on a show. The bushtucker trials may be different changing Kangaroo for Lamb but it should be entertaining all the same – especially when you throw a haunted castle into the mix!

We will have to wait but hopefully, this year’s series will be a success, if not for the fans of the long-running show, then for the castle which is in dire need of the financial and publicity boosts which will be included with filming there.

Have you been to Gwyrch Castle? Did you see the ghosts? Let us know!