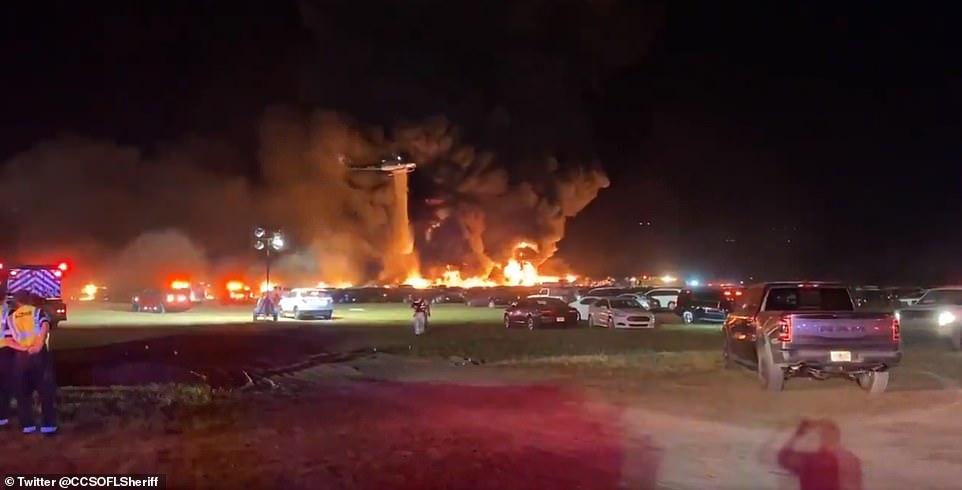 The clean up has begun after a huge fire on Friday which engulfed thousands of rental cars in a storage area next to Southwest Florida International Airport.

The fire was in an area where extra rental cars are parked and none of the cars were occupied. Witnesses saw and heard multiple small explosions, flames jumping high in the air and showers of sparks.

It is understood that there were 3,516 cars destroyed or damaged by the fire and 3,850 remained undamaged.

The Forest Service returned to the scene to make sure the fire did not pick back up at the weekend.

Arlene Salac, a spokeswoman for the FAA,  said the fire did not effect air traffic or operations at the airport.

In a Facebook post, the airport thanked all the agencies who responded to the blaze, saying: ‘We appreciate their courage and willingness to help our Aircraft Rescue & Fire Fighting department. Together they were able to keep all our passengers and airport visitors safe.’ 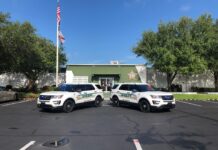 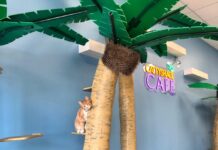 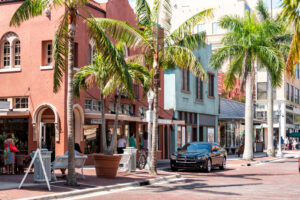