Home Over The Hump Is Bandy coming home? 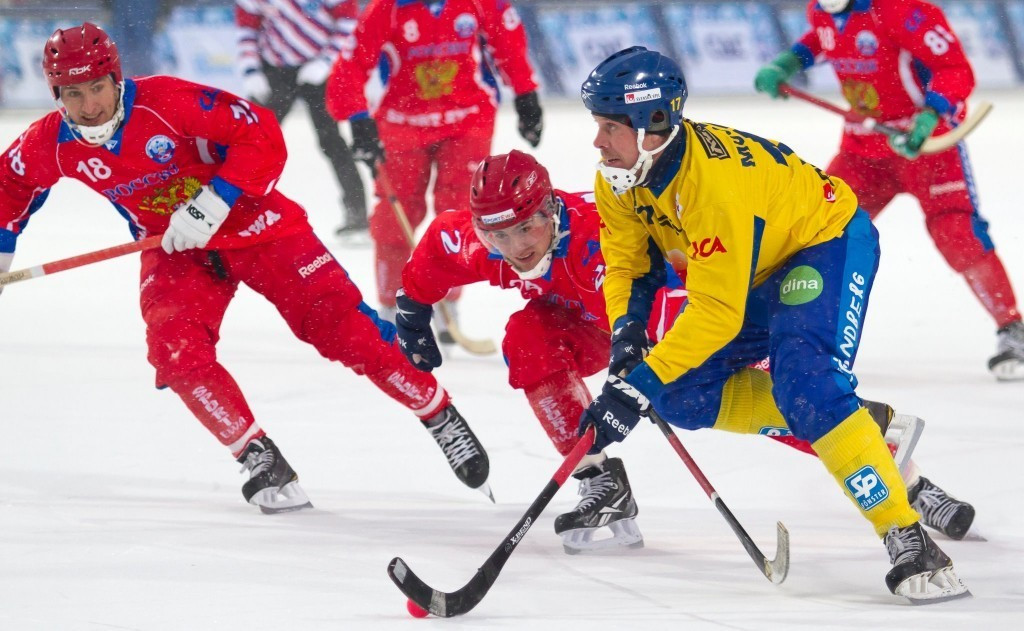 It seems extraordinary to think that there was a sport established in Britain for which Scotland and England both had national teams, that was almost completely forgotten. Yet the sport of Bandy is huge across Scandinavia and Russia, and a new national side has recently been created. Is Bandy coming home?

Many people out there will be wondering what the sport called Bandy is and how it played a vital role in the development of other sports that are currently more popular around the world.

Bandy is often described as a mix between ice hockey, field hockey and football (soccer) as players play with a stick on a football sized pitch on the ice! It is truly a remarkable game and one that provides plenty of entertainment as it is a high paced game that can go from end to end very quickly.

What are the rules?

So as mentioned the game is played on the ice but the size of the playing ice is like that of a football pitch and considerably larger than an ice hockey rink (45–65 metres by 90–110 metres). Like football there is a border and the ball cannot leave the ice. The goals are 3.5m by 2.1m which make them very similar to field hockey.

The game consists of eleven field players and is split into two halves of 45 minutes (can be altered to three sections of 30 minutes if weather is bad). Each team has ten outfield players and a goalkeeper. With all players, apart from the goalkeeper, playing with sticks and can use either side of the stick to control the ball.

The ice has certain areas where the players can score; 17 metre circles in front of either goal. The ice also has 10 metre free stroke circles where players shoot from when they are awarded a free stroke (depending on the foul) or a corner stroke. A player may also be awarded a penalty if they are intentionally fouled in the area. Just like football and ice hockey they are given a free shot at goal in the area.

Unlike ice hockey, Bandy does not allow forceful stoppage of opponents. There is a yellow card warning, a blue card for a 5-10 minute sin bin or a red card for total ejection from the game.

Each player must have a taped bowed stick four feet in length, a pair of ice skates and a helmet for protection. The rounded ball they use is corked inside and has a rubber outside which is the same size as a tennis ball usually orange in colour so the players can see it against the ice.

The professional game is usually played in specifically built stadiums but it can also be played outside.

What is the history?

The history surrounding the first game is disputed as many claim that it was played in the North East of England or in Chester or in Cambridge. Despite no written rules, the game was growing popularity around the country each winter and in 1853 Prince Albert took part in an exhibition match at Windsor Castle with his wife Queen Victoria looking on.

It is agreed that the first person to outline the rules for the sport was James Tebbutt in 1891. He was a member of the Bury Fen Bandy club and as well as setting out the rules he took the game internationally as the sport grew even more.

The first international Bandy match took place in 1891 between England’s Bury Fen club and Haarlem of the Netherlands. Tebbutt even took the game to Sweden and the rest of the world now knew about the sport.

This was also the case in Sweden, with most clubs in the country playing both the sports in the early 20th century. However, like Nottingham Forest many clubs decided to focus on one sport.

Between 1900- 1909 both Scotland and England had created their own national associations. In 1910 they joined forces and won gold at the 1910 European Championship.

Yet, despite the growing popularity in Britain, the declaration of war in 1914 all but ended the sport in the United Kingdom. Nevertheless, in Scandinavia, Russia and USA it continued to be a popular past time.

Until 1955, there was no international association. So, the International Bandy Federation was born in 1955. Between 1957 and 2004 the World Championships were held every two years but after 2004 they are held every year.

Where is it played?

The game these days is not as popular as its counterparts field hockey or ice hockey but it is still the second most popular winter sport behind ice hockey.

With the winter in the United Kingdom varying from year to year there is no consistent outdoor ice to rely on.

Bob Burn-Murdoch, curator of The Norris Museum in St Ives, stated “Very few people have heard of the sport because we don’t have the winter weather you need for it.  It’s an outdoor form of ice hockey so it can only be played when we get the hard winters – and we don’t get those now.”

But just like in 1914, the game is still incredibly popular in Scandinavia and Russia. In Russia it is reported to attract similar crowds as football games. Currently there are 21 counties around the world who have a national federation and at the last World Championships 20 countries took part in the competition.

It may come as no surprise that Russia (previously the Soviet Union) dominate the competition having won it 26 times out 39.

Will there be a revival in the United Kingdom?

The sport is still fairly unknown in the UK, despite having a national association since 2010 after nearly a 100-year absence. But it did come to the public’s attention during a royal visit to Sweden in January 2018.

British ambassador to Sweden, David Cairns, asked what sport they could introduce the royal couple to, he was immediately suggested Bandy with its British and royal connections.

The Duke and Duchess of Cambridge took part in a penalty shootout which the Duke won.

The Duchess of Cambridge stated that she had a background in field hockey and felt very at home with a stick in her hand.

The United Kingdom even entered a side in the World Championships in 2019 to play in the Division B side of the tournament but lost in the final to Estonia.

However, with either field hockey or ice hockey dominating proceedings it looks highly unlikely that we will be seeing the sport gaining full notoriety in United Kingdom. Nevertheless, I do really like the idea of there being a royal team representing the United Kingdom at the next World Championship!