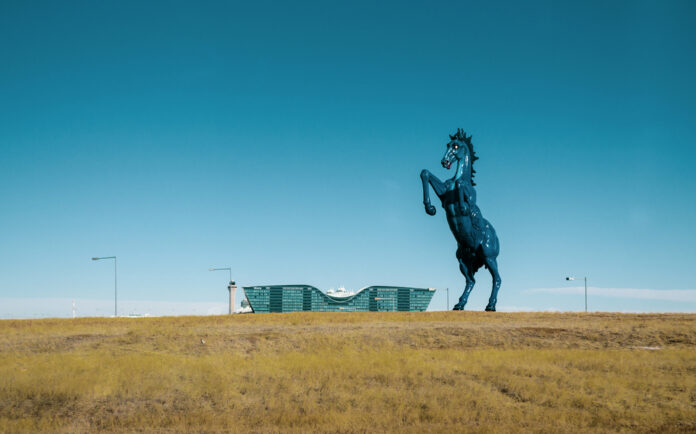 Ever since opening in 1995, Denver International Airport has been the subject of conspiracy theories linking it to government cover-ups and the world’s elite. The airport’s artwork which includes a model of a demon horse with glowing red eyes and a statue of the Egyptian god of death have only fueled the rumours that the airport is a centre of evil!

Airports are meant to be a place of comfort, excitement and a place for people to feel relaxed. However, Denver airport is not that according to many people. It has become a hot topic since it was first opened but is Denver airport full of conspiracy theories and alternative views?

Some would class Denver airport as evil, would this be a correct statement?

Denver, situated in the state of Colorado and a growing metropolis which dates back to the Old West. With the Rocky Mountains and many national parks located a short distance from the city, it has become a real hub for travellers and holidaymakers. However, far from being a place of welcome, the state’s international gateway airport has an unsettling aura for many passengers.

The airport opened in 1995 and was nearly $2 million over budget. Since opening it has been subject to various theories suggesting that the airport is evil. 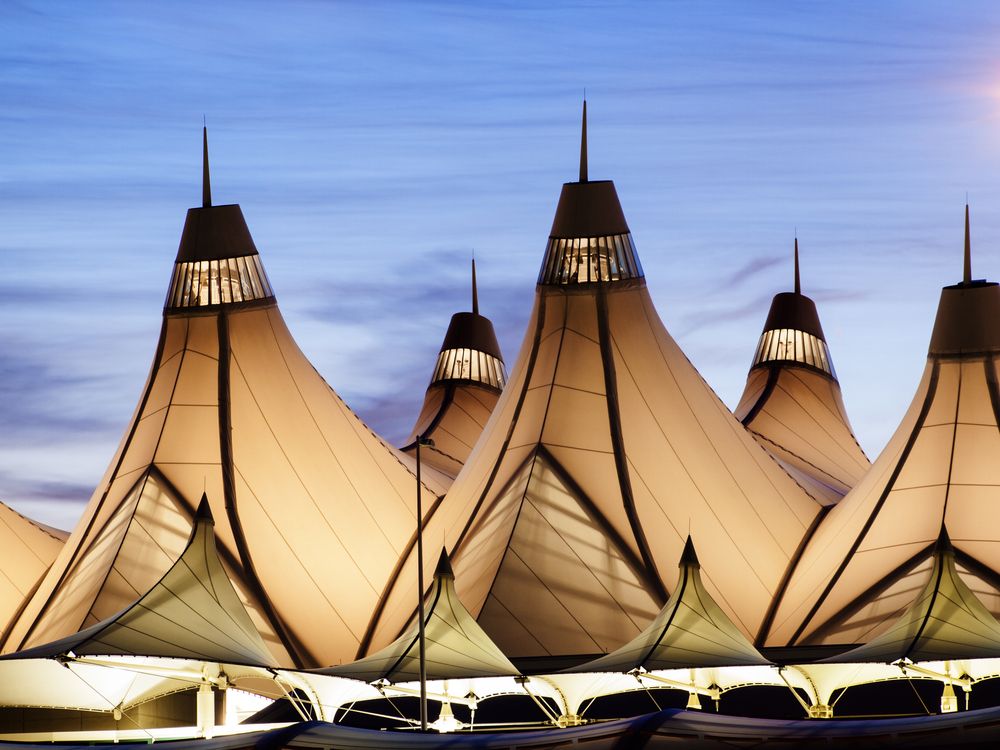 The first theory is that the New World Order actually designed the airport. The group are believed to have a power over the existing governments we have in place today and have close ties with Nazism. Just like many theories about hidden messages in Disney films, many people believe that there is one hidden in plain sight at the airport.

People are convinced that the runways represent a swastika. A symbol of the Nazis and one that, when seen, conjures images of Germany in the 1930s and early 40s. However, there is no resemblance to the symbol unless you are really looking for it and even then you are clutching at straws to convince people that the runway is a swastika.

Another ‘sign’, or theory, that The New World Order did in fact build this airport is on the airport’s plaque. It states that The New World Airport Commission helped with the building of the airport. However, many claim no such group exists, officially at least. It also features a freemason symbol which raises concerns with any conspiracy theorist no matter what the subject.

There are also several markings around the airport that cause suspicion, if you are that way inclined. Many people believe these are signs from the New World Order but these are either references to the language of Navajo or periodic table of elements.

At Denver airport is possibly the scariest looking horse you will ever see. A blue mustang statute that has gained the nickname “Blucifer”, and too be fair this is pretty accurate! Standing at 32 feet tall and weighing 9,000 pounds, it is an intimidating piece of art. Not to mention the fact it has red eyes that light up!

However, despite your views from an artistic standpoint there are several theories about the horse. Many are of the belief that it is an ode to the Four Horsemen of the Apocalypse who feature in the New Testament; with the four horseman being death, famine, war and conquest.

The artist who designed the horse and the vice president of communications at Denver airport debunked the conspiracy theories.

Stacey Stegman, DIA’s senior vice president of communications, marketing and customer service stated, “We have this fierce blue mustang that we look at as kind of a protector of travelers, guarding this airport”

Luis Jiménez, the artist, has been quoted that it represented the wild nature of Colorado. However, his death before its completion after the head of the sculpture fell on him has raised even more questions in the conspiracy theorist world.

It is no secret that Denver has some random pieces of art work especially with the work of Leo Tanguma dominating the airport. His mural is striking to say the least as it depicts world peace but it does have the imagery of a soldier with a ghoulish face. Many have used this mural as a link the Nazis and the New World Order references previously mentioned. However, despite its gruesome imagery there is no link to this mural being about Nazis but rather conflict in general.

There are also several gargoyles situated around the airport. It is believed gargoyles are used to scare away bad spirits and some question the use of these. Why would a normal airport need gargoyles to scare away these spirits if it wasn’t already evil?

Denver airport responded to these claims by saying the most of the gargoyles are placed at baggage claim to protect travelers’ luggage. 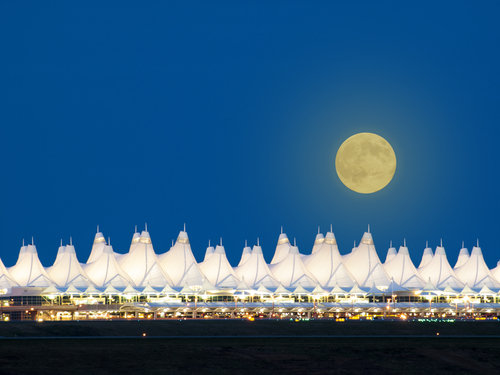 It is the headquarters for the illuminati

In American society there are a lot of symbols from the freemasons which ties in to the links with the illuminati. With the previously mentioned freemasons symbols appearing around the airport and the mysterious money donated by The New World Airport Commission, several people are lead to believe that there is literally an underground lair for this underground society.

But, the theory still goes that there is a belief that “the lizard people” or aliens actually live under the airport in the 100 mile length tunnels which are designed for the apocalypse. Despite the airport only being open for 25 years, the length of the tunnels being speculated would have taken much longer to construct.

Regardless of all the speculation of evil, Denver airport is actually architecturally impressive and worth a visit, as is the city and mountains surrounding it. They even play up to the fact that their airport is full of conspiracy theories, so it is a lot of fun spotting all these alternative views when you are there.