Home Compass Is it rude to bring food onto an aircraft? 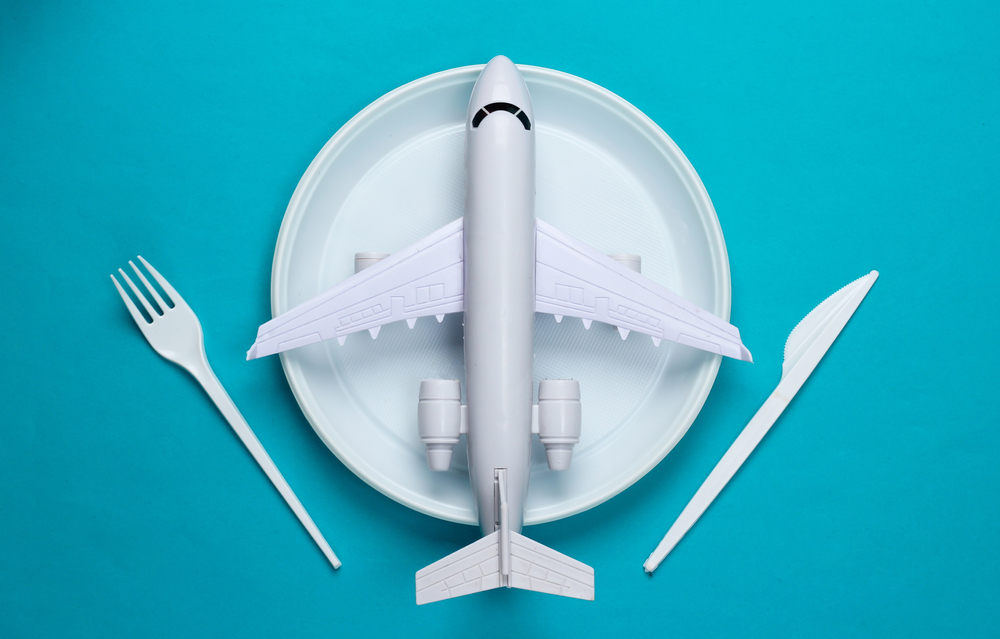 It is an issue that divides travellers. Do passengers have a right to bring their own food onto a plane, especially on a long-distance flight, or is it rude and inconsiderate to fellow passengers and cabin crew to stink the aircraft out with fast food?

Airline food, across the board, doesn’t exactly have the best reputation; its blandness has put many frequent fliers off it for life. But many succumb to the onboard menu and the trolley, finding that buying food on the plane is generally easier – especially when they’ve already got luggage to stress about – than lugging onboard a McDonalds or a KFC.

But now, travellers may find that airplane food might not even be an option, as many major international airlines have announced a more restricted in-flight catering service in order to meet social distancing requirements. And with these measures here to stay for the foreseeable, the contentious airline question is no longer whether to eat the food they serve, but rather, what external food is appropriate to bring on to a plane? Planes are contained spaces, and foodstuffs containing garlic, eggs, or cheese, could easily pervade the whole cabin once opened. So, what new etiquette – for the consumption of external foods in-flight – needs to be adopted? 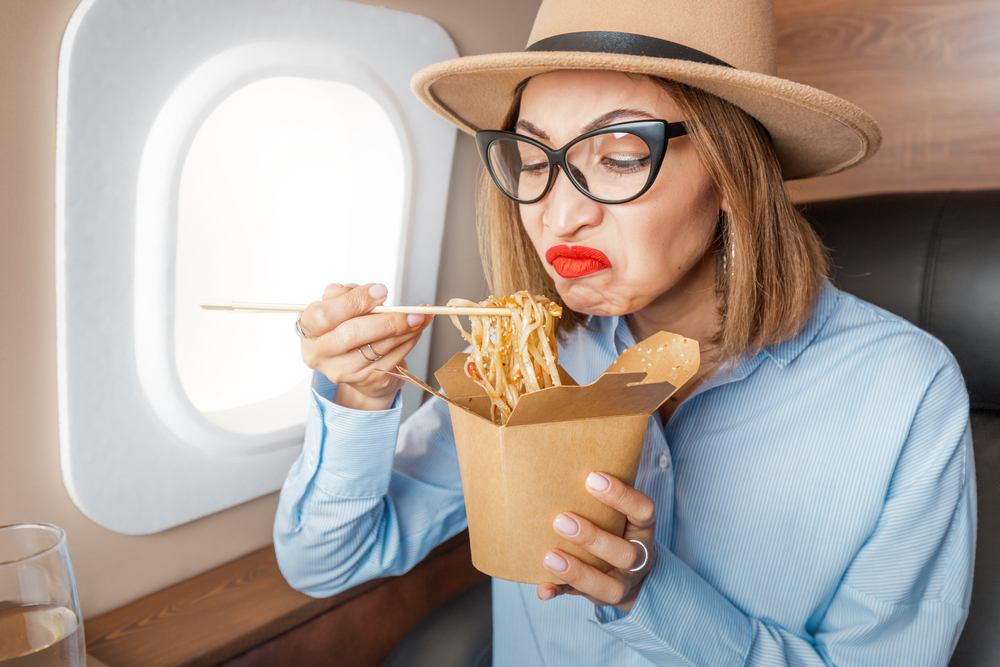 Food Etiquette: What Food not to Take on a Plane

Given that many airlines now encourage it, the dos and don’ts of external food on an airplane comes down to, firstly, practicality, and secondly, general decency.

In terms of practicality, there are a plethora of foods out there that would be considered rude if one was to try to consume during a flight. Take soup, noodles, or anything more liquid than solid; spilling something of that variety is prone to occur at the best of times, let alone in-flight, when turbulence is likely to occur at any minute. Soups and noodles could stain the belongings of people sat next to you and would leave a lingering smell; for that reason, it would be best to eat the ramen you bought for the flight prior to boarding. Soup and noodles are also likely to go cold quickly, and it’s doubtful that the cabin crew would offer to heat your meal up for you.

There are several extremely pungent foods that it would be best to leave off your packing checklist, namely, fish – regardless of how it’s contained or the style it’s served in. Fish is generally renowned as the worst of the pervasive food smells; it’s distinctive pungency could truly ruin your neighbour’s in-flight enjoyment. Sometimes you’re too busy enjoying your meal to think about the effect the smell is having on people nearby, and fish is the one to consider for that reason. Even if they like fish, the smell of another person’s meal can truly grind people’s gears. The same goes for boiled eggs, and cheese related meals.

Not only should you be conscious of the smell, the noise the food makes should also be considered. Things with a load crunch for example, such as crisps, are imaginably a big source of irritation during flights. Perhaps a small bag would be acceptable, but don’t expect your flight neighbours to put up with you crunching through a large bag.

It is also worth noting that certain types of food packaging are susceptible to mid-flight explosions due to pressure, for example, yoghurts with tinfoil lids have been noted to explode upon opening. This same rule should be applied to fruit pots and canned foods, in order to avoid mess.

Food Etiquette: What Food to Take on a Plane

In terms of hot meals, the best option would be dry pasta dishes that could easily be heated up with hot water – provided that the cabin crew is willing to supply it.

There are also a number of cold meals that can easily be taken on a plane that wont cause you much bother with your surrounding neighbours, including sandwiches and salads.

For ideal in-flight snacks, consider popcorn, which is light, filling and silent – which is why it works so well as a cinema snack. Dried fruit would be another good option, particularly because it’s not very messy, given that it often comes in a resealable bag. In comparison to fresh fruit, dried fruit is the better option as it leaves behind no excess, such as skin or seeds.

Generally, look for silent, scentless, and non-messy foods to take on the plane.

Other Things to Consider

As much as this article has stressed that mess should be avoided, mess is still prone to occur, and you’re highly likely to leave behind a few crumbs no matter how cautious you are. It’s worth checking your seat for excess crumbs, particularly from foods that cause allergens, such as milk, nuts, and wheat, as leftover crumbs could prove to be harmful to the next passenger, if they suffered from allergies.

For this reason too, it might be worth checking with your neighbours before you eat if they are allergic to anything, and maybe, if you can afford the space in your luggage, have back-up snacks ready if it turns out there is an allergy sufferer in the vicinity.

Imaginably, if you plan on flying during this time, you will already be well stocked up with anti-bacterial wipes and disinfectant spray. As important as it is to keep yourself clean, it would also be helpful to spray down and disinfect your table, and general area, after you have used it for food consumption. That way, no food residue gets left behind, and it may even help curb the lingering smell left behind by your meal.

Overall, keep your external food simple, well contained and non-messy, while extending your caution of keeping yourself clean over to keeping your seat, table and surrounding area clean.