Home Over The Hump Nature – Nàdar My Pet – The Spitting Cobra 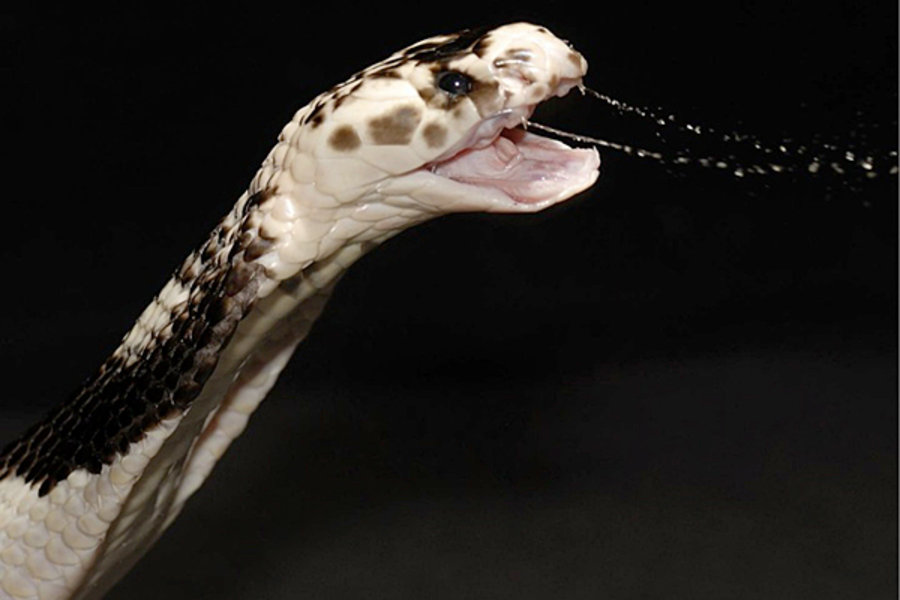 What drives people to keep venomous exotic creatures such as spitting cobras in their homes? What are the laws and ethics of buying poisonous snakes and dangerous animals as pets?

When future historians look back and attempt to chronicle March 2020 two narrative arcs will compete for dominance: the outbreak of an unprecedented global pandemic and the breakout celebrity of a quixotic zookeeper from rural Oklahoma. Both, ironically enough, are viral phenomena. I am, of course, referring to Joe Exotic (aka Joe Maldonado-Passage), star of Netflix’s hit docu-series Tiger King. Mr. Exotic sits at the nexus of a wildly cartoonish network of quasi-legal animal handlers and dealers. I’m not talking cats and dogs though. As his adopted last name would suggest, Mr. Exotic deals in, well, “exotic” beasts: lions, tigers, and chimpanzees, amongst others. It is stated throughout the series that many of these animals end up as pets to private owners, one of the most popular of these being snakes. In fact, director Eric Goode began the project as an investigation of the illicit snake trade. They certainly seem a bit more manageable than having a King of the Jungle traipse around your suburban backlot. But what does the law say? Do the Crown and Uncle Sam take exception to their citizens owning serpentine friends? I’m not a lawyer so don’t construe any of this as valid legal advice. I’m just someone who thinks snakes are cool.

In the UK pet owners are subject to the stipulations outlined in the Dangerous Wild Animal Act 1976, which requires that a £120 licence be obtained from local authorities for the keeping of any dangerous wild animals. Northern Ireland has a similar act with its own classification of dangerous wild animals. On top of national mandates, all EU citizens are beholden to CITES regulations and rules stemming from the Bern Convention, both of which regulate the capture and trade of wild species. Like any good ne’er-do-wells, however, we’re in search of nuances in the fine print. What counts as a “dangerous wild animal?” Unsurprisingly, the Act considers any venomous snakes (like the Spitting Cobra) dangerous, along with sea snakes and a litany of ornery serpents mostly from South America. The only way around these laws is to basically start a zoo. But that’s a different beast entirely (pun intended).

US laws are a bit more lenient and vary from state to state. There is no federal law regulating the ownership of snakes, just the trapping and selling of them. Certain states allow the ownership of venomous snakes with the issuance of a permit while others outright bar it. If you’re interested, you can see the rules in your state at www.snakesforpets.com.

These barriers to entry (on top of the conventional wisdom that owning a venomous snake is highly dangerous) are a large reason why snakes don’t compete with cats and dogs for the title of most common pet. Yet, despite all this red tape, some people still end up owning the more predatory varieties of these slithering creatures. Are they off their rockers? Well, perhaps. Caring for exotic animals can be a demanding task, especially because they aren’t typically catered to by the pet store down the road. Animal rights organisations often cite impulse buying as the primary reason these animals end up in suburban environs. Rarely are they purchased with malintent but typically the average person lacks the knowledge and wherewithal to provide creatures like exotic snakes with a healthy natural habitat. Born Free USA, a group committed to ending the exploitation of wild animals, put it thusly, “Individuals possessing exotic animals often attempt to change the nature of the animal rather than the nature of the care provided. Such tactics include confinement in small, barren enclosures, chaining, beating ‘into submission’, or even painful mutilations, such as declawing and tooth removal.” According to them snakes are the reptiles most commonly held as pets, with some 3% – or 7.3 million – American households owning one.

Some snakes can be wholly benign but many are, well, lethal killers. You don’t stick around for 100 million years otherwise. Approximately 7,000 snake bites are reported each year with 15 proving lethal (it’s not clear what proportion of these domestic pets account for). There can be serious legal (to say nothing of the emotional) consequences should there be an attack. Born Free USA cites the case of a three-year-old Illinois boy being suffocated by his family’s pet python in 1999. His parents were charged with child endangerment and unlawful possession of a dangerous animal.

There is also a moral argument to be made with respect to the well-being of the animals themselves. The term “exotic” denotes a certain foreignness and nothing could be more foreign to a wild animal than a cul-de-sac on the urban periphery. Creatures like snakes can suffer from both physical and emotional distress in their non-native habitats. There are much better ways to impress your neighbours and satisfy the call of the wild, like baking them holiday pies and going to the zoo. In the end, if Tiger King is anything to go by, the most dangerous animal in the exotic pet scene might just be humans.