Dubai’s popularity as a tourist destination has increased exponentially over the past decade, but with this growth comes an increase in the number of Brits being arrested. The clash of cultures has sparked outrage in the UK, but who is really to blame?

Until around 30 years ago, the United Arab Emirates (UAE) was considered a relative backwater, nestled as it was in the southeastern corner of the Arabian peninsula, overshadowed by its much larger neighbours. Throughout history, this inhospitable region was overlooked by the empires that rose and fell around it, governing in name alone but leaving the real rulership to the semi-nomadic tribespeople whose descendants still rule today.

Thanks to over 180 years of steady successive rule by the Al Makhtoum family, the establishment of a bustling international trading port in the early twentieth century and the discovery of oil in 1966, the UAE has become one of the top tourist destinations in the Middle East. Two thirds of the tourist economy is focused on the emirate of Dubai, which had the fourth highest overnight visitor ranking worldwide in the 2017 Mastercard Global Destinations Cities Index.

However, while Dubai is now seen as a modern and desirable destination for both tourists and expats alike, many of the emirate’s laws reflect a far more traditional, conservative society that harks back to the UAE’s tribal history. Capital punishment is legal in its most brutal forms, including crucifixion, stoning, amputation and flogging, though not all of these are used regularly. Many activities that British holidaymakers associate with having a good time are outlawed: being drunk or dancing in public, swearing, extramarital sex and public displays of affection and even smoking e-cigarettes are all punishable by anything from a hefty fine to deportation or a prison sentence. Homosexuality is illegal in the UAE, though authorities turn a blind eye as long as it is not in public.

And it seems that Brits are falling foul of these laws in ever-increasing numbers. In 2016, the Foreign Office reported 325 arrests of British citizens in the UAE; this is the third highest arrest rate globally, despite the UAE only being the 18th most visited country for Brits that year. Recent cases include a Scottish plasterer who was arrested for unknowingly presenting a fake £20 note at a bureau de change, a man from Leicester who spent five weeks in jail for giving another driver the middle finger in a road rage incident, and the widely-reported case of the man from Stirling who faced three months in prison for public indecency after touching another man’s hip in a bar to avoid spilling his drink.

Yet for each of these seemingly far-fetched cases, there are many more where the people involved should probably have known better: having sex in public, drug possession, being drunk and disorderly – the list goes on. The information is undoubtedly out there: there are countless articles, listicles and editorials online that outline acceptable conduct in Dubai, from mildly Islamophobic think-pieces revelling in the perceived Arab barbarism, to well-meaning if slightly patronising expat blogs. The Foreign Office has a detailed page that informs visitors of local laws and customs, and any guidebook worth its salt begins with a reminder to readers that the UAE is in fact a conservative Muslim country, complete with the ubiquitous photos of women in niqabs perusing shopping malls.

But clearly this information isn’t enough. Each time a hapless British tourist is arrested, their response is invariably that they had no idea, that they were only out to have a good time. Wide-eyed, they describe their shock at learning that Dubai is more than just a giant playground for them to indulge in excess, as if this were some closely-guarded secret.

So what can be done? Should travel agents be required to sell trips to the UAE accompanied by a health warning, like a packet of cigarettes? Maybe a photograph of a forlorn, drunk banker in a Dubai jail, his designer suit crumpled and vomit-spattered, with a caption underneath reading “Remember, Dubai has laws too.” But how many people even book their holidays through a travel agent these days? And why should the foolish actions of the few scare off the well-behaved majority?

So many of the discussions around Dubai’s laws in the British press seem to play into a wider distrust of Arabs and Muslims, criticising the UAE’s strict laws without assigning any blame to the British perpetrators. It feels a little colonial, pointing the finger at the “backwards natives” for locking up “our boys,” while assuming that we’re above the law in foreign lands.

Cliched as it may sound, the answer could lie in better education. While religious education is compulsory in the UK, local councils set the syllabus and there is no obligation for them to teach about specific religions, other than Christianity. Parents are allowed to remove their children from classes, and there have been cases of parents objecting to lessons on Islam or school trips to mosques. Combined with the wider problem of anti-Islamic bias in certain sectors of the right wing press, misunderstandings are allowed to grow unchecked. If British people are visiting the UAE, or indeed other Muslim countries, with so little understanding of the religion or culture, it is hardly surprising that there is a clash of values.

Is it too much to hope that if Brits could understand the reasons why their actions are so offensive to others, then they might behave a little better abroad? 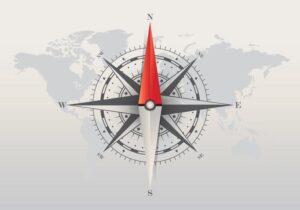