Home Over The Hump Featured – Brosnaichte Should Bears be Re-Introduced to Scotland? 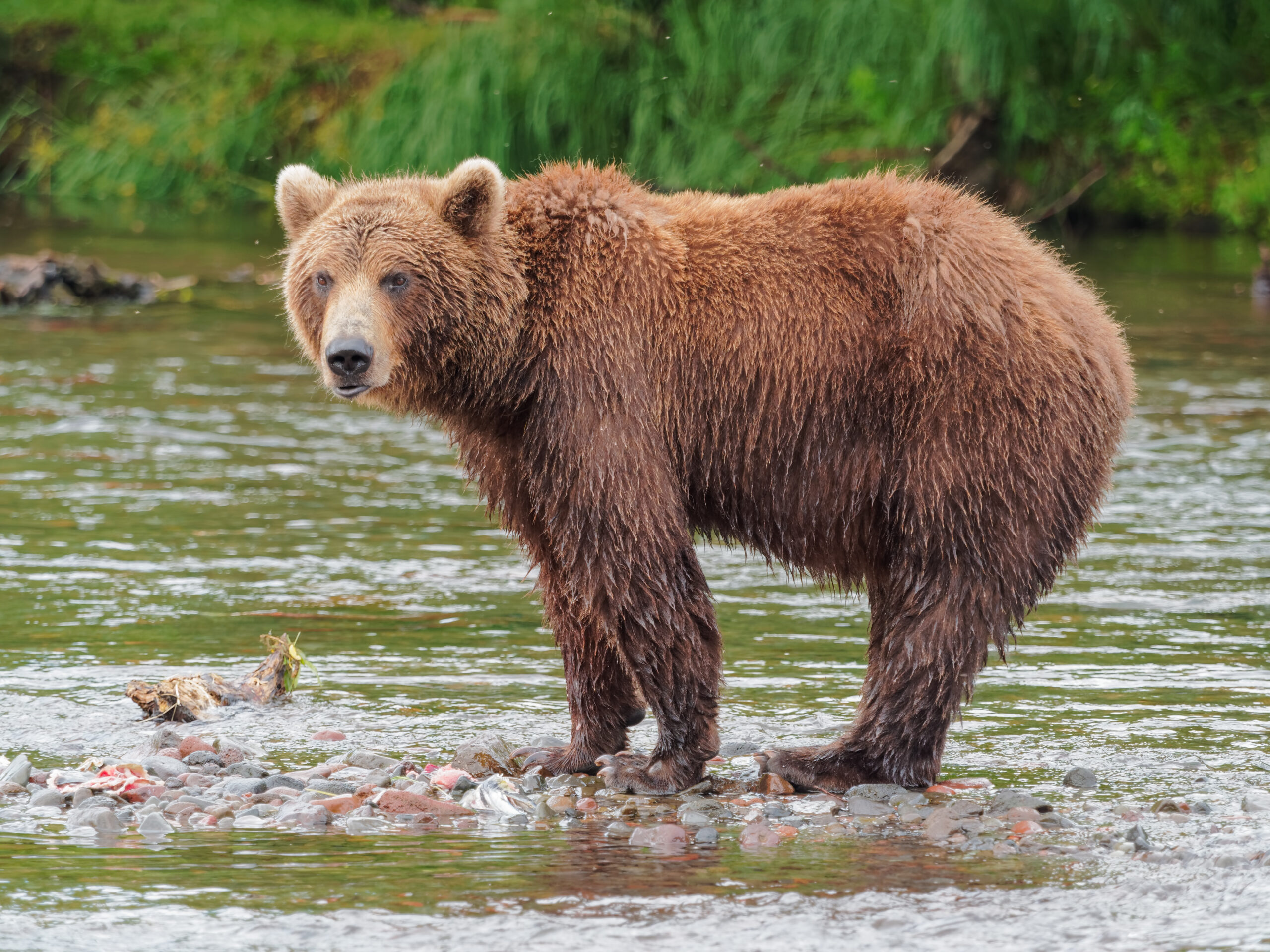 Over the last decade, the bid to reintroduce bears into Scotland has been greatly supported by environmentalists, while scorned by Highland farmers. After a near 2,000-year absence is it time for bears to reclaim their rightful title as apex predator of Scotland?

British wildlife has seen a drastic decline over the last century. Between 1970 and 2013, 56% of UK species were subject to a decline in population, while 15% of animals are now at risk of becoming totally extinct.

Dwindling animal populations has led to increased calls for ‘rewilding’, a concept whereby the countryside is returned to an uninhabited or ‘wild’ state; human interference is minimised and plants and animals are left alone, allowing for a healthy reintroduction of previously extinct animals in the area. 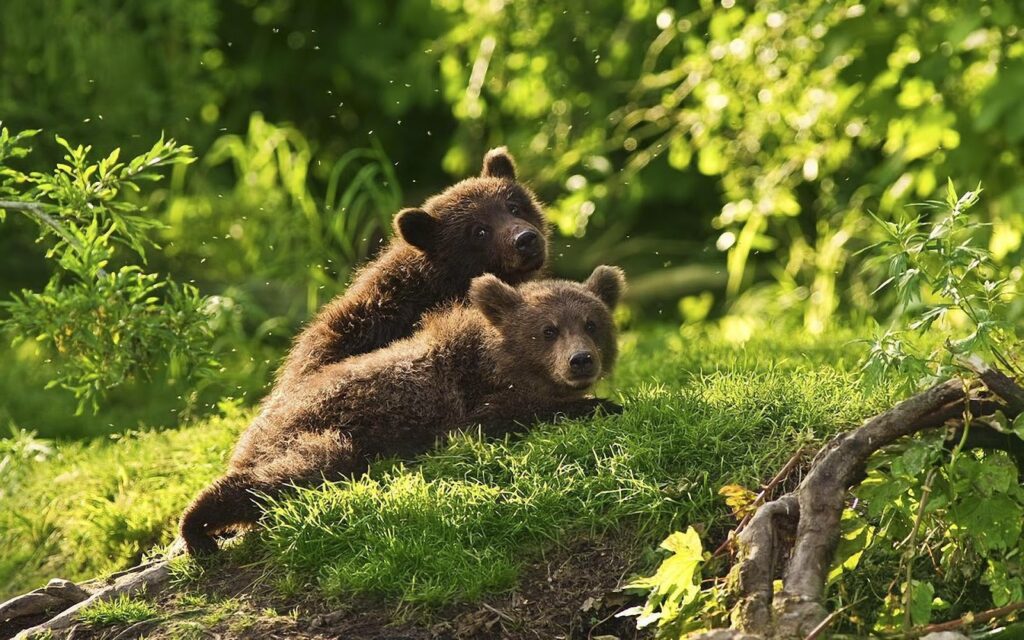 The groundwork for rewilding projects has been put in throughout Scotland over the last decade. Trees for Life have started restoring the once far-reaching Caledonian Forest in the Highlands, having planted over a million trees to date, while Paul Lister, owner of the 23,000-acre Alladale Wilderness Reserve, aims to restore the area to a totally uncultivated state.

However, there is a fundamental flaw in the sporadic nature of these projects, as highlighted by wildlife filmmaker Peter Cairns, who argues that it is futile to introduce select animals one at a time and instead suggests that, in order for rewilding to be successful, “a holistic” approach is needed, involving “all species rather than the current system which has patches of protected nature”. This calls for a return of animals at all levels of the food chain, including wolves, lynx, and of course, bears.

Bears are no strangers to Scottish rural lands, however a lot has changed since they disappeared some centuries ago.

History of Bears in Scotland

Although the presence of brown bears in Britain has been confirmed through excavations and the finding of remains, both the animal’s origin and extinction remain somewhat unclear.

Based on evidence, the British bear population thrived mostly before and during the last Ice Age, when bears inhabited most of Britain, stretching from northern Scotland to Devon. 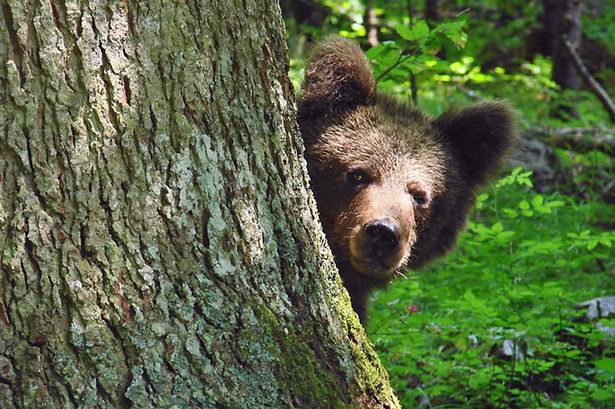 Numbers dwindled during the Stone Age, particularly in Scotland, and bears were mostly found thereafter in Yorkshire and southern England.

A surprisingly large number of remains have been found dating to the Roman era, however, it is understood that bears were imported by the Roman Empire and were used as a means of entertainment; bears in captivity were often bred to be used as a means to entertain the public, through baiting and dancing.

Remains have also been found dating to medieval and post-medieval times, which, again, are thought to be remains of imported brown bears, reflecting the continued popularity of bear dancing throughout the middle ages.

Benefits of Reintroducing Bears into Scotland

Rewilding projects, if executed well, would bring greater biodiversity to our countryside. The absence of apex predators, such as bears and wolves, has gravely affected Scotland’s trophic cascades; damaging repercussions have occurred all the way down the food-chain, resulting in both the inability for new wildlife to thrive and a shrinking animal population.

The lack of predators in Scotland’s wild has caused such problems as the overpopulation of deer, with recent reports estimating current numbers to be in the millions. This has proven to be detrimental to Scotland’s countryside as the overgrazing of deer stops woodland areas from naturally regenerating, having a direct knock-on effect on the eco-system. Wild bears – if introduced in the right numbers – could naturally cull deer to a reasonable population.

The reintroduction of bears, alongside other former Scottish inhabitants, could restore balance to our eco-system, bring about the expansion of woodland areas, and increase populations of both flora and fauna species. This would be a massive boost towards achieving Scotland’s goal of carbon neutrality by 2050. Those in favour of rewilding initiatives, including Greta Thunberg, suggest it as a practical solution as a healthy eco-system effectively removes carbon from the atmosphere.

Despite environmental benefits, proposals to reintroduce bears, and other predators, have been outrightly rejected by the National Farmers Union of Scotland. Based on experiences from previous reintroduction projects, such as the return of white-tailed eagles, farmers have a right to be concerned, as having a greater number of predators in the wild creates a bigger threat to a farmer’s livestock and livelihood.

In rebuttal to the negative impact rewilding could pose on the rural economy, George Monbiot, author of pro-rewilding book Feral, argues that ideal rewilding locations, such as the Scottish Highlands, are not the most suitable for farming. Highland farmers suffer from low-yield due to infertile soil and often rely economically on government aid. Monbiot argues the Highlands could instead be made far more profitable through the eco-tourism that would come from rewilding.

Given the thousands of tourists that the restoration of Caledonian Forest has brought in alone, it is a guarantee that number would expand if the forest were to be populated by bears and other former Scottish natives. Although Highland farmers may lose out, rewilding projects open the door to several new and sustainable occupations that would come from eco-tourism. 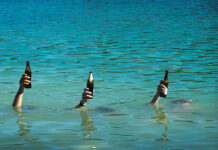