Home Over The Hump Featured – Brosnaichte The Church and the Stasi – How two unlikely Institutions became crucial... 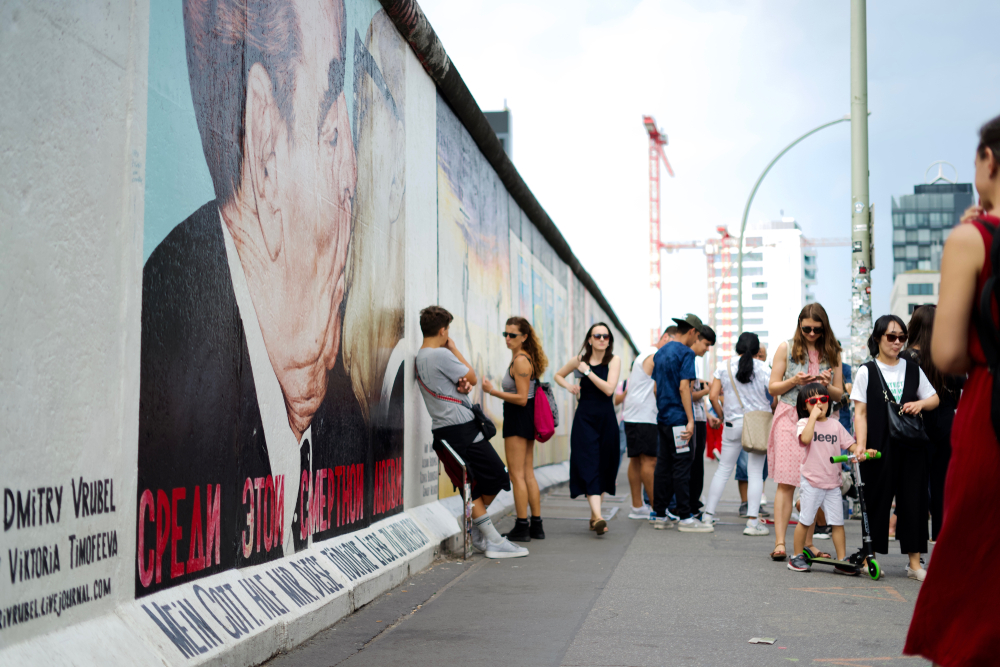 East Germany forged an infamous reputation. With overpowering displays of totalitarianism, the German Democratic Republic employed it’s secretive State Police Agency, the Stasi, ruthlessly and overzealously. Yet LGBT freedoms eventually rivalled, and even surpassed many other countries. But what was behind the Stasi’s pro-LGBT policies?

November 9th, 1989. The Berlin Wall came crashing down. After 40 years of division, the city of Berlin became whole once more. Throughout Europe we view this as a huge triumph – the collapse of the GDR’s totalitarian power, and the liberation of the oppressed East German people. Why then, did Jürgen Lemke, Author of Gay Voices from East Germany, declare that ‘I see myself, of course, more vulnerable than before, especially when it concerns physical aggression’ when discussing the reunification of Germany?

To explain this statement, requires a tale back in time.

The 1920’s was a roaring time in Germany. Gay bars, Trans-culture, and famous bisexual celebrities such as Anita Berber flourished. The British writer Christopher Isherwood wrote ‘I’m looking for my homeland and I have come to find out if this is it.’ before his racy adventures became forever immortalised in the movie Cabaret.

This became snuffed out with the arrival of the National Socialist Worker’s Party. Homosexuality was criminalised. Homophobia became normalised, and between 1933-45 an estimated 100,000 LGBT individuals were arrested. 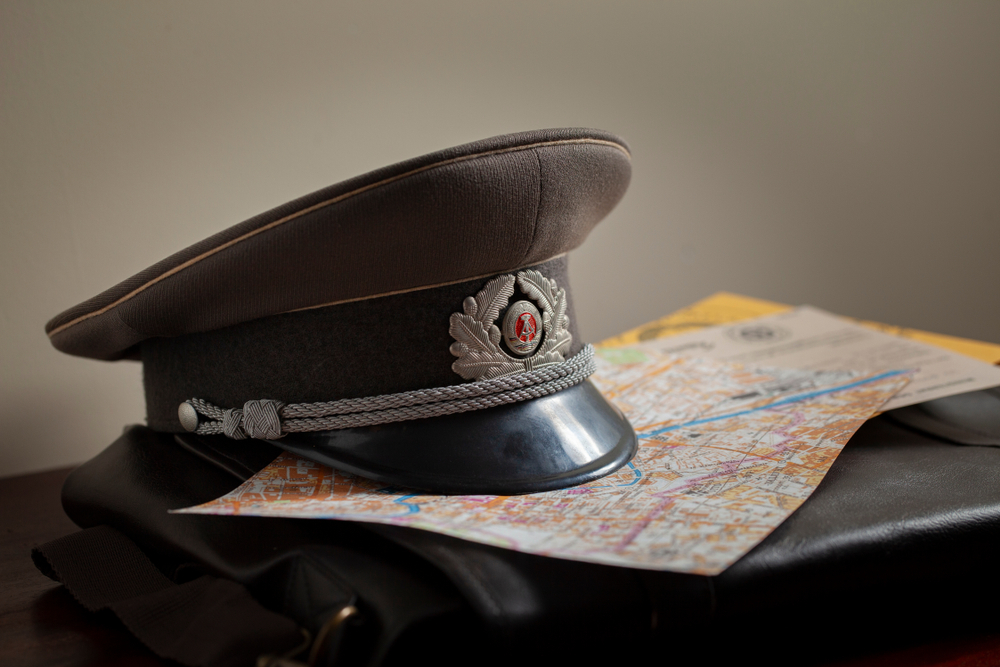 Within a year of Soviet control, the Government immediately lessened Germany’s Sodomy Law – §175 of the penal code, and by 1968, repealed it entirely. While not actively promoting the LGBT lifestyle, those who had previously hidden under Nazi rule began to emerge. Tentatively, and fearfully, the community of the marginalised began to make itself known within East Germany.

The whys and wherefores of this freedom of expression is highly debated – did the German Democratic Republic’s government truly believe in these values? Or was it a political move to create positive contrast from West Germany – who still upheld the Nazi version §175 of the penal code? Nevertheless, homosexuality was still tolerated, despite not being actively supported.

The German Secret Police left an impression on history written in blood. Utilising what is largely considered to be the largest network use of informants and spies on its own populace, the Stasi kept tabs on all goings-on in the German Democratic Republic. Rooting out dissidents, and leaving a shadow of fear over most political activists, the Stasi, surprisingly, would give the LGBT community freedoms that those in the United States would not see for another 24 years.

These two young men in their 20’s would give birth to East Germany’s gay political activism. Forming the beginnings of the movement with other like-minded individuals, they were convinced that the Government would eventually grant equal rights to the LGBT community, if they could be made to understand.

Despite official requests to form a ‘communications centre’ in East Berlin being shut down, one that would allow LGBT individuals to network and spread information among the community, they were not discouraged. Instead they formed an ‘interest-community’ in order to ‘accomplish the full development of our socialist personalities’. Despite this request being also denied, the group continued illicitly, believing in their cause more than fearing discovery.

Their group evolved and expanded. The newly named ‘Homosexual Interest Group Berlin’ (HIB) they continued their meetings in secret locations throughout the city, including in the basement of trans-member Charlotte von Marlsdorf, who unfortunately would be revealed as a Stasi informant. 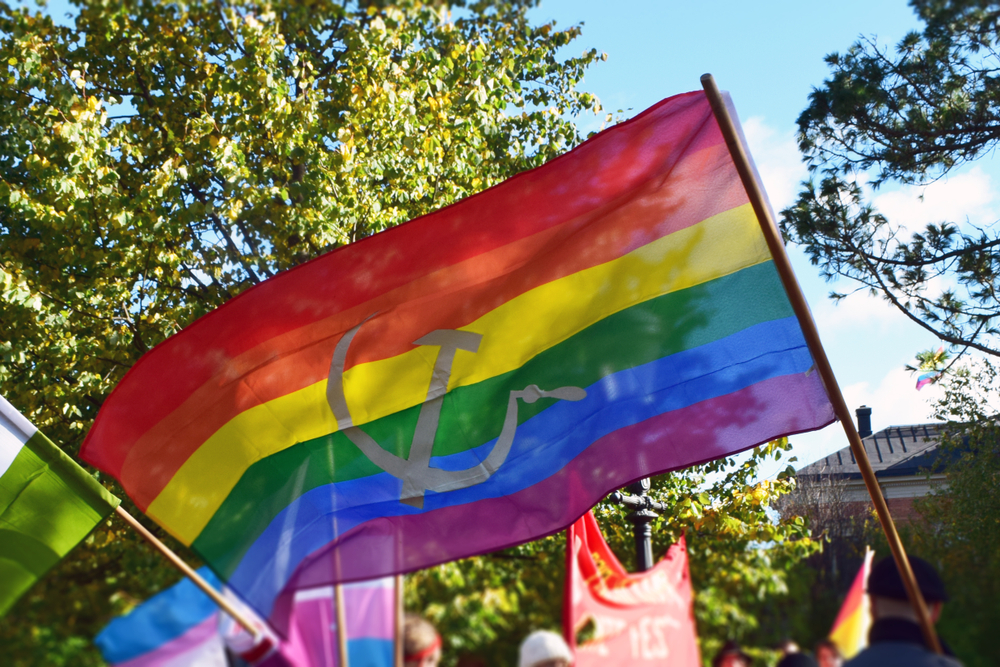 While not famously known for being progressive in LGBT rights, the Church was where the LGBT activists found succour. During the late 70’s and early 80’s, feminists, peace activists, and environmentalists had taken to organising themselves within the auspices of the Protestant Church. The advantage being, that the Protestant Church was the the only autonomous institution within the GDR. While older members still clung to conservatism, younger, more understanding clergy would shelter, provide, and care for whomever they chose.

With this convenient setting for political activism, plans sped like wildfire, and before long events and activities were simple and easy to organise. Under cover of the Church, LGBT activism reached levels enviable by those activists still struggling under West Germany’s repression.

The Stasi of course, were aware of these actions, and in a secret war dispatched informants and moles within the organisations. Attempting to sow discord, disrupt discussions, and cause in-fighting. However ,this was all to no avail as the LGBT movement soared into greater numbers, and greater strength.

Despite the State’s rebuttal of Rausch and Eggert’s previous plans for a ‘communications centre’, the reasons for the denial did not lie in sexual conservatism, or the supposed deleterious social effects of LGBT lifestyles. The Secret Police feared a different form of subversion – foreign influence.

Worried that West German Spy forces would recruit through the homosexual community was the Stasi’s greatest fear, and such was the strength of the community, that in 1985 it produced a document detailing how to prevent ‘the political misuse of homosexuals’. In other words, the Stasi felt that the LGBT community was such an existential threat, that in order to prevent insurrection, they would keep their political interests aligned. If the activists receive what their demands – they would have no reason to gather in large groups. 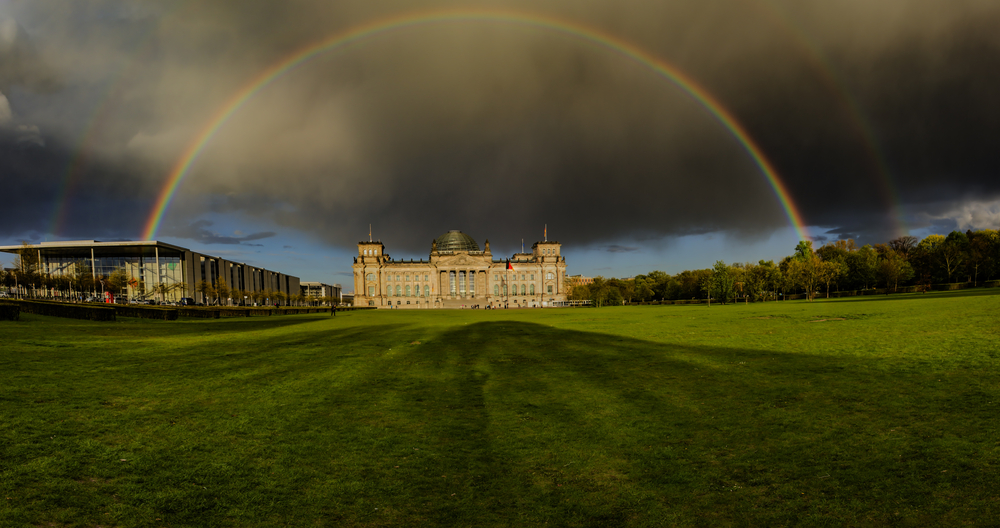 The GDR employed professor Reiner Werner to create a book titled ‘Homosexuality: A Call to Knowledge and Tolerance’, which sold out in a matter of weeks. The first gay discos were authorised, including a venue named ‘Die Busche’ which still exists to this day. Gay chapters within the state’s scouting organisation were created. East German youths were now mandated to attend educative meetings on homosexuality. In 1987 the supreme court changed the law and admitted gay citizens into the military, an act that wouldn’t be matched by the United States until 24 years later!

Perhaps, most auspiciously, was the creation of the iconic, award-winning film ‘Coming Out’. Directed by Heiner Carow, and written by Wolfram Witt, it was one of the last pieces of East German cinema ever produced, the only gay-themed feature movie created in East Germany, and launched its premiere on the night when the Berlin Wall finally came crashing down.

To compare these two iconic events, the fall of the Berlin Wall, and the premiere of the first-of-its-kind film would require vast amounts of writing. Suffice to say that mid-way through the premiere, the film was paused and the audience was notified of the fall of the Berlin Wall. In response, the viewers demanded that they finish watching this epochal movie, and only then would they join the great crowds celebrating re-unification outside.

It became a tale that beggars belief. The German Democratic Republic, so limiting on personal freedoms, yet actively supporting LGBT rights at a time when so many other countries refused to do so. The Church, traditionally vehement against homosexuality, ended up sheltering gay activists. The fallen Berlin Wall tells to this day, a dark tale of the city’s past. Venues like the famous ‘Die Busche’ remain, to remind us of a different recollection of Berlin’s history. Together they echo throughout history, and act as a reminder to our current generation, of the trials and tribulations of those come before. 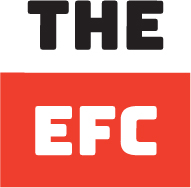