For 400,000 years cougars have roamed this planet, prowling the landscapes with the mammoth, the dire wolf, and the sabre-tooth tiger. The Florida Panther subspecies has narrowly resisted accepting the same fate, in a tale filled with plucky scientists, risk, and one very controversial experiment.

North American mountain lions are among the most awe-inspiring creatures on this planet. Strong and deadly, they are one of nature’s fiercest predators. The Florida Panther is the final remaining subspecies of mountain lion living in the Eastern United States, and at one time, numbered in the dozens. The tale of its comeback is nothing short of incredible.

The Lion. The King of beasts. Maned and roaring across its territory for miles. Florida panthers are the complete opposite. Unable to roar at all, they will purr, hiss, growl, and snarl like a house cat in order to communicate. Being considerably more introverted than their African counterparts is the only reason for their survival to this day. While interaction with human habitations has been the greater part of their endangerment, the Florida panthers led their secretive survival among the impenetrable swampland of the Everglades.

Once they covered the North American continent. Vast populations and swathes of hunting grounds led to reverence among Native American cultures. Known as ‘koi’, ‘kaccv’ or ‘yaraha’, these beasts were involved in religious and cultural traditions. Both hunter and hunted as young men sought to gain the spiritual knowledge and energy of the panther.

Despite ritualised hunts by the Native American tribes, their vast populations had little effect on their great numbers, but this all changed with the arrival of the Conquistadors. The first recorded sighting in 1513 by Alvar Nuñez Cabeza de Vaca would signal the beginning of 400 years of organised extermination of the species.

Bounties were issued, hunted down for the fur trade, the gradual destruction of their natural habitats, and the loss of their primary food source (white tailed deer) would see the panther’s population plummet. From a an unimaginable population, and habitats covering several states, every local with a gun and a desire to collect a $5 bounty would reduce the number of panthers in the wild to a to a devastating 20-30.

Back from the brink

The Florida panther was believed to have been extinct during the 1970’s, until surveys discovered a minuscule population in the Everglades, resisting centuries of humanity’s best efforts to eradicate them. Immediately placed onto the Federal Endangered Species list in 1973, a team of wildlife experts and scientists began devising a plan to reverse the damage wrought upon the species. The answer, in true Floridian style, was considered lunacy.

Dangers to the panther included human settlements and roads, encroaching on farmers’ lands, but most critically – a lack of genetic diversity. The tiny gene pool available to them was causing evident problems to biologists and wildlife experts. Common in-breeding mutations were prevalent amongst the surviving panthers. Kinked tails, reproductive disorders, and heart defects were rampant. The best plan to combat this was as simple as it was outlandish – cross-breeding.

Considered a radical idea, the principle of introducing genes from a close relative of the panther led to furious debate – for one, would the offspring be considered Florida panthers? Or would they be produce a brand new species of panther? Right or wrong aside, the crisis of dwindling numbers left them with no choice, it was do or die for the species.

Through careful study, the Texas Mountain Lion was chosen. Inter-species breeding had been feasible centuries ago, when their territories once overlapped, but generations of isolation left a large space of uncertainty in the calculations. 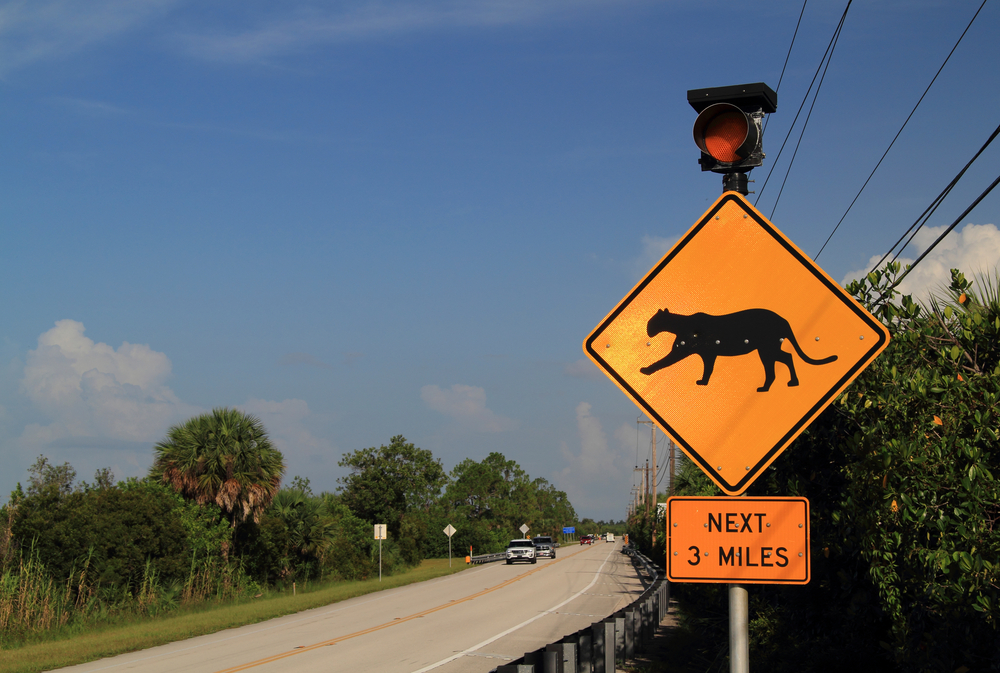 In 1995, eight female Texas Mountain Lions were prepared to be released into the Florida Everglades, to begin an uncertain experiment for the survival of a species. While an acclimatisation period was planned, a young mountain lion broke free on her first day and escaped into the wilds ahead of schedule. While not in line with the scientists’ plans, little harm was done and it kick-started the revival of the species prematurely.

Gradually the other seven female mountain lions were released into the everglades and the effects were unbelievable. From five of the cats, 20 kittens were born, and not only that, but the survivability of the new generation was far superior to that of previous Florida panthers. Nothing short of a miracle to a species on the precipice of extinction.

The original Texan lions were removed from the wild. Through accidental death, or captured and retrieved by wildlife experts, their withdrawal was instrumental to prevent too much Texan DNA being incorporated into the Florida Panther gene pool.

Today there are an estimated 120-230 panthers thriving in the Florida Everglades. a 40-year undertaking against incredible odds, today’s results speak for themselves. The panthers are now expanding their territories in new numbers, and in 2018, kittens were sighted north of the Caloosahatchee river in south-west Florida. Allowing for a second population centre to be reestablished, this gives unbridled hope for the future of the species and we have the privilege to observe Florida panthers roaming their ancient lands once more.

The end is far from over. Despite making a recovery, the species still faces the threat of extinction. As their hunting grounds grow, interaction with human habitations becomes increasingly likely. Road traffic is proving to be a deadly challenge for an animals who have grown among the deep swamps of the Everglades for generations.

It is thanks to a crack team of wildlife specialists and scientists that Florida Panthers are still surviving to face new threats. However endangered they are, we are fortunate to witness their continued existence, and be grateful that these stunning creatures failed to succumb to our predecessors’ predations.