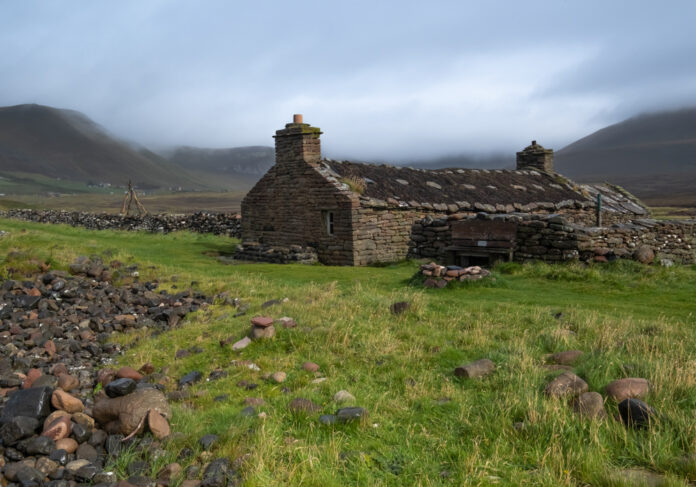 The Runrig farming system was once common system of land tenure across Scotland, especially in the Highlands. It was a fair system that sustained large populations in an adverse climate. So why did it end?

Runrig, sometimes referred to as rig-a-rendal, was a form of rotational land tenure that once dominated farmlands in the Scottish Highlands and Islands, from the late-medieval period to the Highland Clearances of the 18th and 19th centuries. Its rotational aspect allowed for each member of minor settlements and townships to get a shot at the best land available, instead of one farmer having continual use of the best, or most fruitful soil, while another was forced to work upon unfertile land.

Prior to the Highland Clearances, the Scottish farms were split up into small, 100-acre lands, which were divided up between the tenants, or the population of the small township that relied on the farm’s produce. Runrig was a fair system suited to the people of the Highlands, and certainly worked for a long time – so why did it stop, and what consequences did its gradual decline and replacement have on the farmers of Scotland? 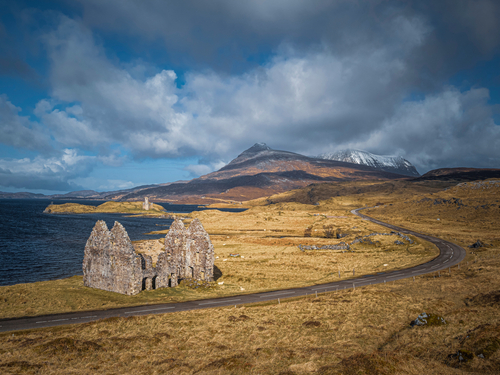 What was the runrig system?

The exact origins of the runrig system are unknown, with evidence of its usage dating back to as early as the 14th century. Although generally considered a successful way to share the land, what defined a runrig system differed greatly from farm to farm, mainly apropos to the dividing of the workload, and the methods of ploughing implemented.

Essentially, a standard runrig system involved two elements: the ‘rigs’ which were fertile strips of land -on average, about 20 feet wide – and the ‘runs’ which were strips of unfertile land – the assignment of ‘rigs’ and ‘runs’ alternated every year, so that all fertile strips had lain fallow for a season prior to being used.

The farm tenants – who, at this time, consisted of roughly 6-8 farmers – were each allocated their own strips of fertile land each season. The strips they were allocated were were often scattered throughout the field at the benefit of the farmer, so to avoid contiguous strips, and so that each farmer got a mix of both sun-heavy strips and areas that were mostly shadowed. The strips allocated would also be reassigned each year, so that each farmer had a season with the best land, and each farmer had a season with the worst land.

Some farms stuck by the strict principle of giving everyone an equal share, others did not. A rental report from Roxburghshire, dated 1701, conveys the disparities in land division:

‘William Robison pays for a Quarter & halfe a Quarter

Robert Brewhouse pays for a Quarter

John Turner for halfe a Quarter

James Waddell pays for a Quarter’

Which suggests that although the runrig system looks good one paper, some farmers were cheated out of land.

The union of Scotland and England in 1707 spelled the begging of the end of runrig-based farming in Scotland, as an earnest effort was made to modernise agriculture in both the lowlands and the highlands. In the previous centuries, the country had been bereft of appropriate roads for the transportation of goods through the country, so typical diet was limited to whatever could be grown on the farm – thus, during this time, runrig-based farming systems made complete sense.

However, at the advent of the building of roads, and the introduction of new farming methods and techniques, such as crop rotation, sowing, and drilling, and new grains being introduced such as clover and rye grass, runrig-styled farming faced a stark decline in the lowlands, in what became known as the ‘Scottish Agricultural Revolution’. Small, former runrig farms were joined to form bigger enclosures in order to conduct large scale farming; notably, the Borders became notable for sheep farming, the Lothians for grain, and Ayrshire for cattle breeding. 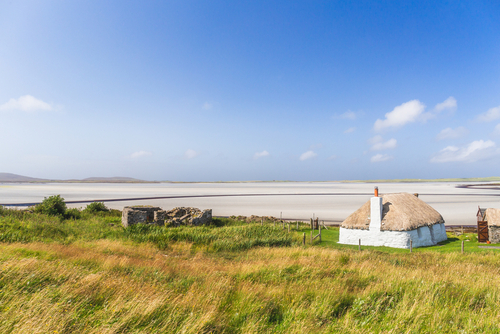 The effect of the so called ‘Agricultural Revolution’ extended to the Highlands in the latter period of the 18th century, as the Dukes of Sutherland, Buccleuch, Argyll, and Atholl looked to profit off the rich farmlands of the north. The tenants of the runrig farms were evicted and their lands were turned into enclosures, mainly for the farming of sheep. The Highland Clearances reached Skye in 1811, and North Uist in 1814. By the 1840s, Scotland was, besides some areas in the Outer Hebrides, totally bereft of runrig farms – the system that had, for centuries, defined the Highlander’s way of life.

What societal changes did that bring?

The Highland Clearances proved to cause long-term trauma for the Gaelic communities who were essentially uprooted from their ancestral homes, where they too had intended to live out their lives. Having only known how to farm – and even then, only runrig-based farming – the victims of the Highland Clearances were totally displaced, with no real chance of finding work in the post-Agricultural Revolution Scotland.

New Highland townships and settlements were formed in the face of the uptake in homelessness in the area, including Ullapool, Dufftown, and Grantown-on-Spey.

Some emigrated to the cities in the hope of finding new industrial work, while others emigrated abroad; 1792 became known as ‘the Year of the Sheep’, when many Gaelic-speaking communities’ mass-migrated to New Zealand, Australia, Canada, and America. Many migrants never had any say in the matter, as forced emigration became normalised, and was, in the eyes of the social class, the only way to solve the growing social ills that had been caused by the Highland Clearances. It is estimated that 10,000 were forced to emigrate to Canada, while 5000 were sent to Australia.