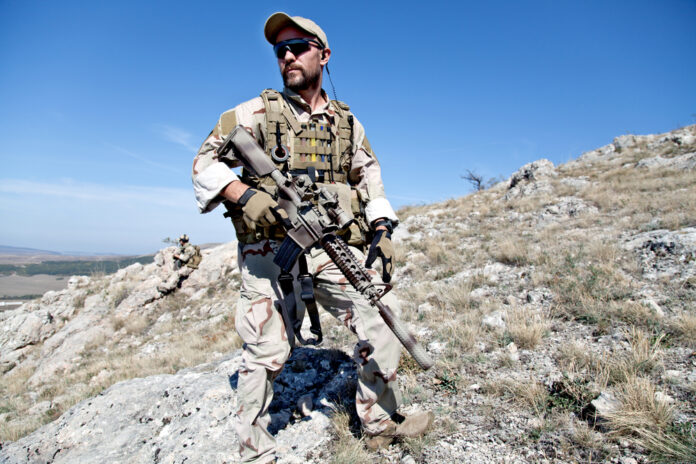 Did US special forces really shoot dead a 12 foot tall giant in Afghanistan? What is the truth behind the report and how does the story fit into the age-old narrative of soldiers, knights and heroes battling with and vanquishing giants?

Throughout history, tales have been passed down of men fighting monsters. These tales are generally loosely based on real-life encounters, such as the Kraken, likely being a giant squid or bigfoot, possibly being just bear sightings in dense forests. From UFO’s to the Loch Ness Monster, these fantastical beasts and the associated stories dominate our imaginations.

One monster race which can be found in the stories of most cultures is giants. From the fairytale “Jack the Giant Killer” to David versus Goliath in the bible, giants are depicted as huge, violent, beings. Depending on the story, they are said to feed on humans or livestock. Many cultures use giants as a foe for the hero of the tale, demonstrating the strength of character and intelligence over pure brawn and stupidity.

The word ’giant’ first appeared in Greek mythology in 1297, derived from the Gigantes. In Norse mythology, the Jotun are giants who live throughout the nine worlds and oppose the gods. The Jotun come in many forms, such as frost giants (hrímþursar), fire giants (eldjötnar), and mountain giants (bergrisar). While the Norse gods are described as human-sized, the huge giants are their foes in many battles – most notably Ragnarok, the final battle where the giants would storm Asgard (the home of the gods) and battle the gods until the world is destroyed. As you can see, giants were firmly fixed throughout Norse folklore, the gods were even related to the giants through many marriages. The whole Norse human world was even told to have been created from the flesh of Ymir, a giant of cosmic proportions.

In Icelandic folklore, two giants – a man and a woman – were traversing the fjord near Drangey island at night. As they were travelling, the sun rose and the sudden exposure to sunlight turned them to stone along with their cow which was with them, creating the island.

While in most stories giants are portrayed as the antagonist such as the popular children’s story “Jack and the Beanstalk”, there are also plenty of tales showing the giants as both intelligent and friendly – most notably in the works of Roald Dhal and Jonathan Swift.

The Giant of Kandahar

While giants have been confined to ancient tales, books and films, a modern story has emerged from Kandahar in Afghanistan. While supposedly taking place in 2002, the story was not picked up widely until 2016 when a YouTuber named L. A. Marzulli posted an episode of his series ‘Watchers’.

The episode featured a supposed military contractor or soldier who said they witnessed a blade-wielding giant kill one of their fellow US special forces soldiers. The giant was then downed by the remaining troops, following the skirmish, the giant’s body was loaded into a military transport aircraft and flown to an undisclosed location to be hidden away from the public.

According to the supposed eyewitness, the ‘giant of Kandahar’ was 12-15 feet tall, 1,100 pounds with scarlet coloured hair and six fingers instead of five. The witness and his team were sent to a remote area to search for a patrol which had gone missing. As they arrived in the area, the giant emerged from a cave wielding a huge blade which it used to skewer and kill his friend “Dan”.

When questioned directly, the US Department of Defence stated that they had no record of this incident occurring. Furthermore, they said that the only member in service who lost their life in Kandahar in 2002 with the first name Dan or Daniel was one of four soldiers who lost their lives during an accident involving the clearance and disposal of explosives. This statement can be backed up by looking through the US Department of Defence press release page which publicly lists all military casualties. The press release page does not contain any records which involve a giant or an entire patrol disappearing in Afghanistan.

Although this casts doubt on the story, this has not stopped conspiracy theorists and monster enthusiasts from discussing the story. Upon the release of the YouTube episode which brought the story to light, several websites which are used for discussions about conspiracies and monsters crashed with the traffic from people rushing to look into and talk about the story.

In the interview in question, the witness goes into a lot of detail regarding the incident. The witness and the victim were part of a Special Ops Task Force looking for a missing US Army squad. After trekking along a mountain trail they arrived at a large cave surrounded by broken military equipment and gear. As they prepared to enter the cave, the giant emerged, impaling ‘Dan’ and proceeded to attack the rest of the squad. The witness states they took 30 seconds of continuous fire to down the giant.

Between them, the squad was armed with M4 Submachine Guns, .308/7.62 Recon Carbines (Semi-Automatic Rifles) and .50 BMG Barrett Sniper Rifles. This much firepower, concentrated on one target for one second, let alone thirty would create a lot of damage. Stating that they fired for 30 seconds would mean that the target was something big – if the story is true…

According to the witness, the giant wore canvas or animal hide covers on to protect its feet like moccasins and smelt like dead bodies. The creature’s body was airlifted back to the squad’s base by a helicopter and net. From there it was loaded into an aircraft and taken away, never to be seen again.

Upon their return, the soldiers were made to sign non-disclosure paperwork to stop the word spreading of their encounter. The witness states that he broke his silence because “people have the right to know what’s happening on our planet”.

Whether you believe it or not, this certainly makes for a compelling story. The thought of a cave-dwelling giant who can slay special forces soldiers in a single blow makes the hairs on your neck stand up. Throw in a government cover-up and you have something which will keep conspiracy theorists fuelled for years to come.

Do you believe in the Giant of Kandahar? Let us know your thoughts!