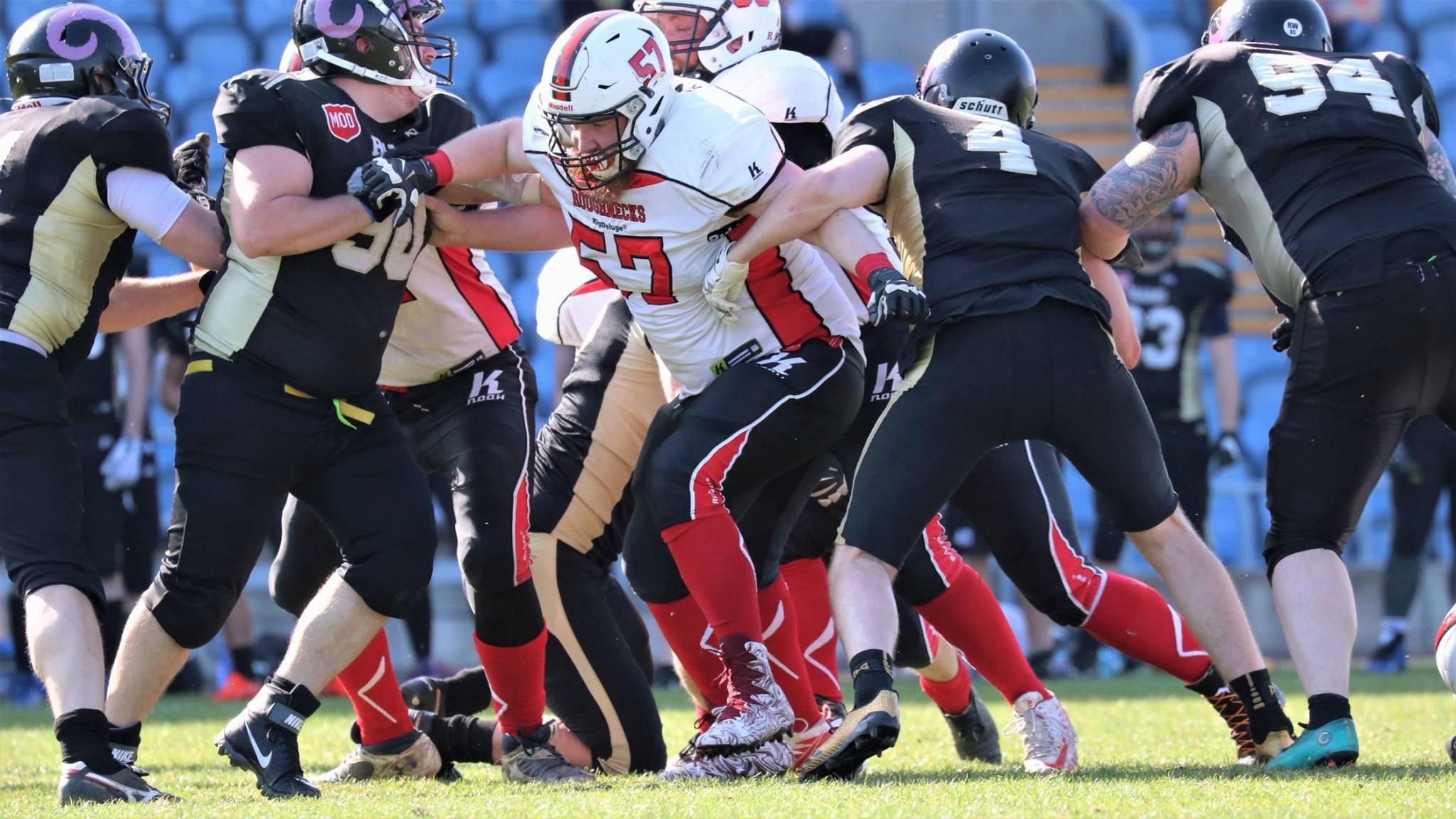 American Football now has seven teams in Scotland and has even seen a Scottish team compete internationally. What does the future hold for the sport and its players?

All over the world, the Americanisation of countries is increasing with media from TV, film and music to sport permeating foreign cultures. A major part of American culture which people get hooked on is American Football. The sport is recognised worldwide with the glamour surrounding the players, the highlight plays, big hits and cheerleaders exuding excitement and drawing in fans.

Not only does the game attract more and more fans every year in the UK, the game is being played here and is also becoming increasingly popular with new teams appearing every season. There are currently seven Scottish teams playing in the British National Leagues across three divisions. 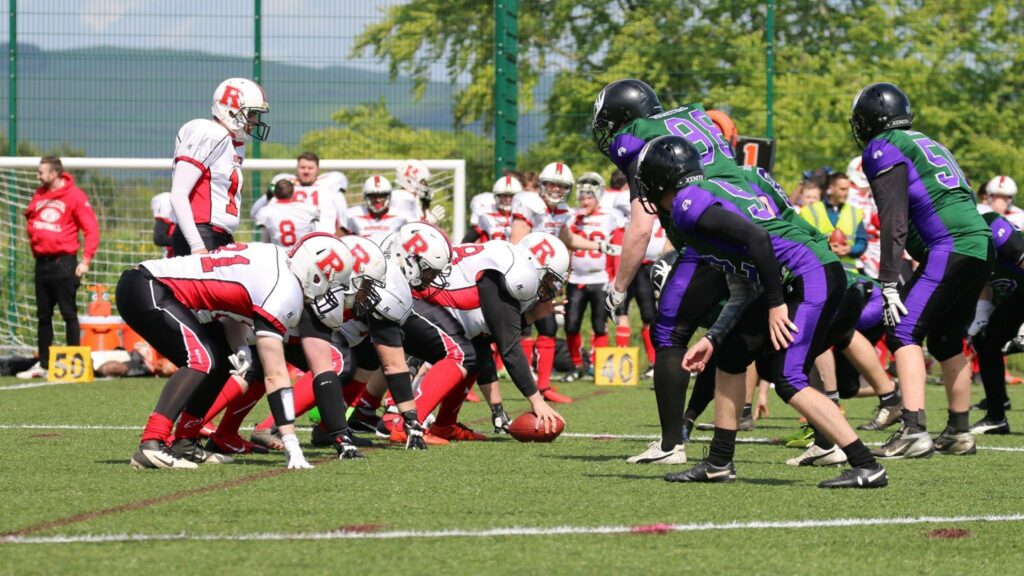 There are 3 teams on their way to the league taking part in an ‘associate’ process where prospective teams are assessed for their sustainability by showing they can assemble & field team with competent coaches, organise and play games against other teams both home and away.

There are three divisions in the British National Leagues – Divisions 2, 1 and Premier – where teams from all over the UK compete. The Edinburgh Wolves are Scotland’s only Premier team, playing as far afield as London on a regular basis.

There are many attractions turning fans from armchair supporters to players – personally, I played for the Aberdeen Roughnecks for five years after being a follower of the sport for years prior. Having watched the NFL I jumped at the chance of playing when I heard my local team (Aberdeen) were holding sessions for new players to try the sport, I came away from my first session hooked and it took over my life for the next 5 years. Having never played a team or contact sport it was unlike anything I had ever done before, the adrenaline rush from my first game to my last never changed and is difficult to explain without experiencing yourself.

A team sport for everyone

Along with the excitement of playing, the camaraderie is another huge part of the game with it being dubbed “the ultimate team sport”. Everyone must play their part, working as a cohesive unit is essential for success, making the team a tight knit second family which is difficult to find elsewhere. A big draw of the sport compared to others is players do not to be the traditional “athletic” build, there is a position for everyone whether slim, large, short or tall. Short and fast? Running Back. Big and strong? Lineman. You would be hard pressed to find anyone turning up to a session who you could not fit into a position on the team.

The sport is digging in roots here with teams aiming to set up long term success to become well established, investing the time in setting up youth (u17) and junior (u19) teams to help develop the next crop of players ready for the step up to senior football (18+). It’s not just popular with men either, women are welcome at every level with all leagues being mixed and some teams even have so much female interest that they have the numbers to field full women’s teams who compete in their own leagues. 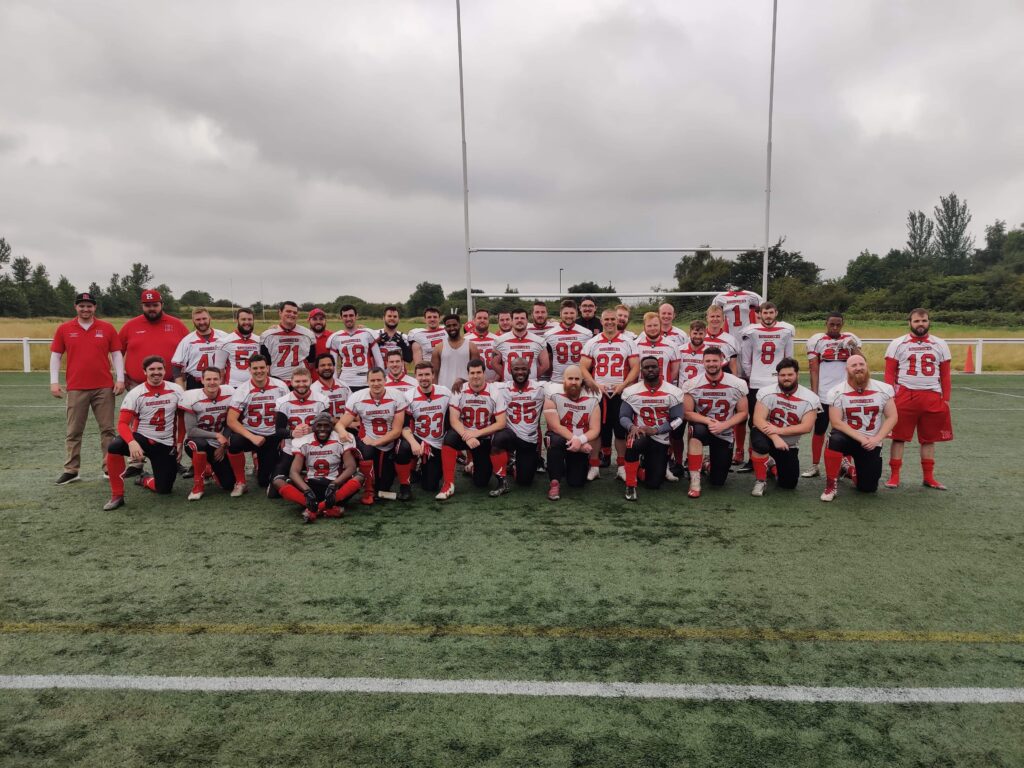 At an international level, Scottish players only chance to compete against other countries is the GB team (both men’s and women’s squads). However, not too long-ago Scotland had their own International team – the Scottish Claymores. The Claymores competed in the World League of American Football (later renamed NFL Europe) from 1995 to 2004. Based at Murrayfield stadium, the Claymore’s enjoyed relative success, finishing 3rd in the league twice, and reaching the World Bowl (league championship final) twice, winning in 1996 against the Frankfurt Galaxy and losing in 2000 against Rhein Fire.

With foreign sports becoming ever more popular in the UK thanks to dedicated sports channels and the internet, there are a steady stream of enthusiasts turning to the field, looking to fulfil their own NFL-fuelled dreams of catching a touchdown pass or making a game winning tackle.

How does the Scottish game differ?

The game played here differs slightly to how it’s seen in the NFL. Here it’s more similar to NCAA (College/University level) as the rules are mirrored although a year behind i.e. if a new rule is introduced in the NCAA leagues for the 2020 season, it will be brought in in the UK game in 2021. The main difference to the casual viewer is the flashy celebrations you find in the NFL are not welcome – any attempt to replicate them here results in a penalty for your team. The other differences are more on the subtle side, changing kick placement yardages, where the ball is spotted for start of play, etc.

It’s not only the full contact game taking off over here, flag football is becoming increasingly popular also with regular tournaments and a large number of teams offering the same tactical team game without the hard-hitting action which some may be put off by. Flag football is played as 5v5 games rather than the traditional 11v11 contact variation. Players wear belts with a tearaway ‘flag’ either side of their waste, defending players must remove one of these flags to make a ‘tackle’ and stop play. Other difference includes no kicking plays, different timing and a smaller field. 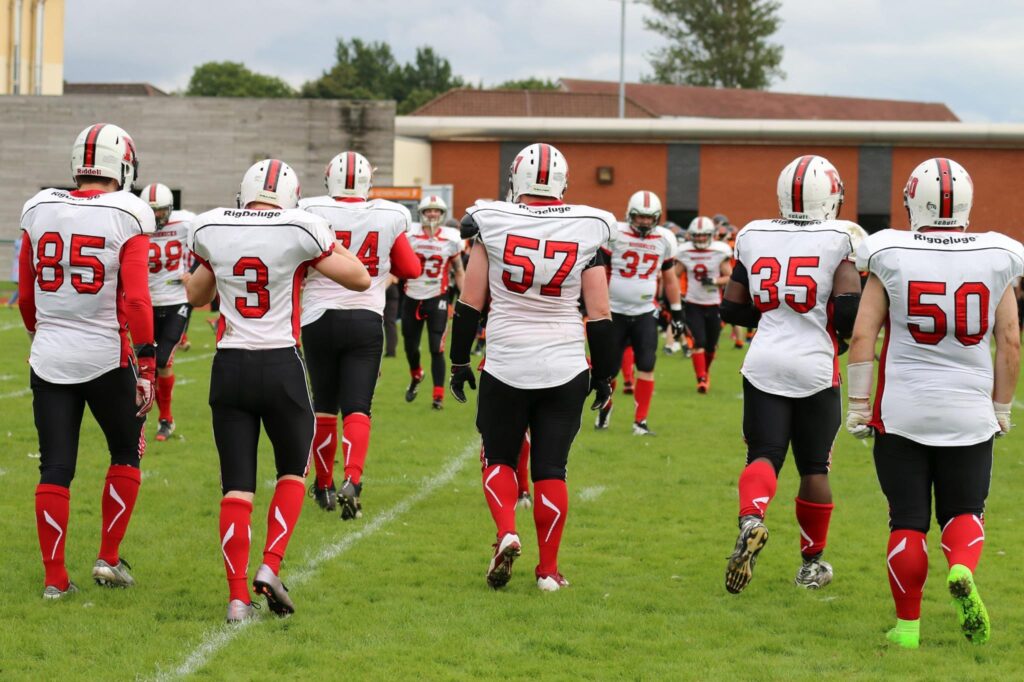 What does the future hold?

With American Football being offered to people at every age with variations for everyone, it’s no wonder the popularity has grown steadily in Scotland over the last few decades. Events such as the NFL International games played in London every year ensure the interest in the UK is continually boosted which means the sport can only go from strength to strength, improving not only individual club’s chances of filling up their rosters (a major issue in some places) but also the overall competition level in the British game.

Hopefully with larger numbers of players developing the game here, we may see more British players making moves to the NFL, joining the likes of Jamie Gillan and Efe Obada who are already inspiring the next generation of “ballers”.