Home Over The Hump Featured – Brosnaichte The Nazi interrogator who preferred taking PoWs on nature walks to torture,... 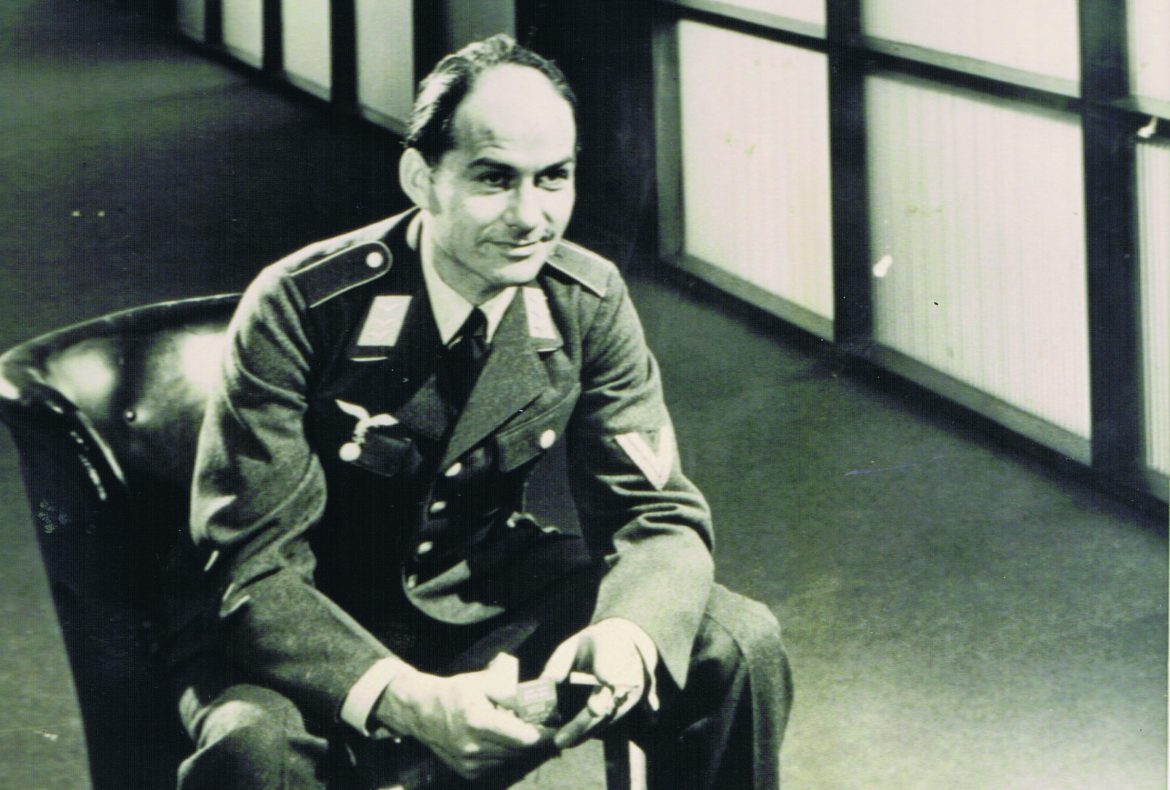 The Nazis had a well-deserved reputation for brutality but one officer Hanns Scharff seems to have taken the opposite approach to interrogations – baking for Pows and inviting them to go on country walks. His approach was successful – and emulated by the CIA. Who was Hanns Scharff, how did his techniques work, and what is his legacy?

When considering what characterised a member of Hitler’s Nazi Party, Hanns Scharff was the definition of anomaly. Where the Nazis favoured brutality, Scharff adopted a more amiable approach; a lead interrogator in the German Luftwaffe, Scharff projected kindness onto his subjects – purposely avoiding direct questions regarding the information he was trying to procure – and built honest rapport, producing, more often than not, spectacular results. Scharff’s duties focused mostly on interrogating American fighter pilot P.O.Ws, however his services were also called upon elsewhere within the Nazi operations. The success of his unique approach brought him renown, not just within Germany, but the world over, and after the war, he was often called upon by the U.S Army to give lectures about his work to army recruits. Scharff’s influence onto the art of interrogation is truly unparalleled – here’s an overview of his career, technique, and legacy.

Born in 1907 in Rastenburg, East Prussia – now Kętrzyn, Poland – Scharff’s early working life was by no means an indication of the influential figure he would go on to become. After a brief stint working for his family’s prosperous Leipzig-based textile factory, Scharff turned his attention to business studies, and later relocated to Johannesburg in order to sell Adler automobiles. In what was intended to be a brief stay turned into a decade-long stint, in which time Scharff had successfully ascended the ranks to become the company’s Director of the Overseas Division. Given his success as a businessman, Scharff was, without doubt, a people person.  It was during this time that Scharff met and married his British wife, Margaret Stokes.

Scharff and the Second World War

Scharff ended up back in Germany on the eve of the Second World War, in an incident of complete coincidence, while on holiday with his wife and young family. Scharff was unable to leave once the war was underway and was thus drafted because of his German citizenship; it is worth noting that Scharff had no interest in fighting, or any particular inclination towards Nazi policies.

Originally drafted for the armed forces, Scharff was later sent to work as an interpreter, after the authorities discovered his English-speaking abilities. Through contacting his father’s former military peers, Majors Ledebur and Postel, Scharff was able to excel to taking on a role in military operations, achieving the rank of Hauptgefreiter by spring 1943, and was finally sent to the Luftwaffe interrogation centre in the same year. 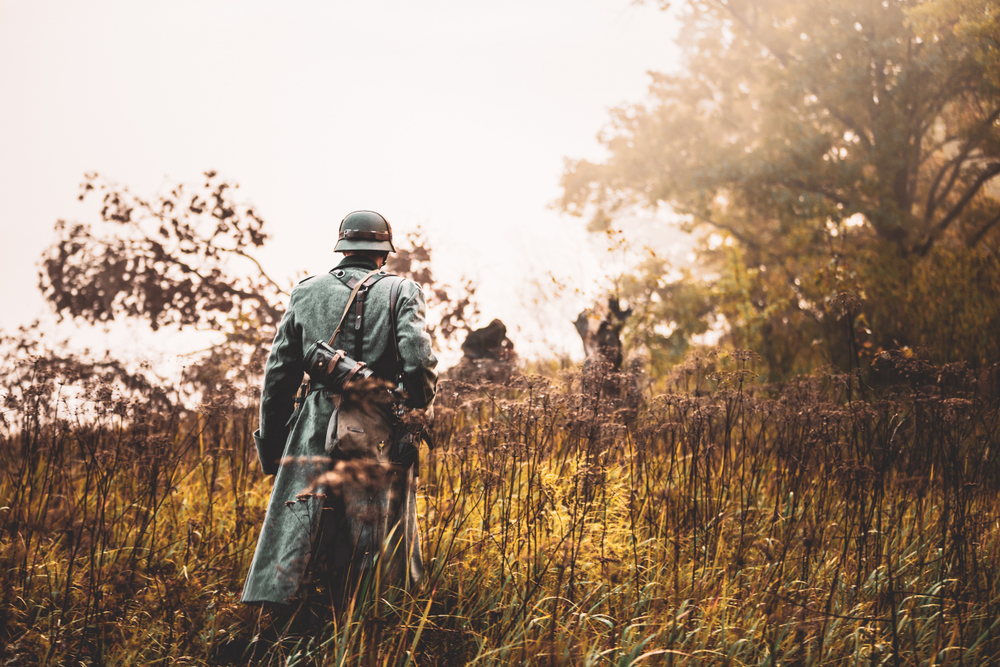 Scharff became the assistant to two interrogation officers at an intelligence and evaluation centre at Oberursel, Frankfurt. Assisting in the questionings of Allied fighter pilots, Scharff quickly realised that did not see eye-to-eye with his superiors, particularly with regards to interrogation methods, and often felt that the inherent brutal nature did not produce the best results.

He was granted the opportunity to make a change when his two superior officers were killed in a plane crash, propelling Scharff to lead interrogator of the unit. Lacking formal training, Scharff was determined to produce the antithesis of his former superior’s methods, and in doing so devised the Scharff-technique.

Scharff took the suggestion of ‘supporting’ prisoners to a whole new level – by literally befriending prisoners. Of course, Scharff still relied on the threat of the Gestapo, but was able to present himself as an earnest ally to his prisoners. Despite how momentous Scharff’s approach would go on to become, he was able to perfect it easily – benefitted by his command over the English language – by telling jokes, inviting prisoners on walks, asking meandering question – generally, building a healthy rapport with the P.O.Ws. Scharff would even go as far as to leave prisoners alone for extended periods of time to read the American military newspaper, the Stars and Stripes, in order to solidify trust.

Unlike his former-superiors, Scharff was able to make prisoners feel valued, like someone was taking care of them, while establishing a good atmosphere in which prisoners would feel comfortable confessing. He never asked direct questions regarding the information he was seeking to procure, and instead waited for topics to emerge organically. If, in the face of Scharff’s kindness, prisoners failed to comply, Scharff would simply ‘punish’ them – by excluding them from his companionship.

Through Scharff’s conversations with his prisoners he was able to procure the allies’ top secrets, and he became known as the “Master Interrogator”. Out of the 500 allied P.O.W Scharff interrogated, there was only 20 prisoners, on record, he was unable to crack.

Scharff himself became a P.O.W in 1945, as America invaded Germany, but was released upon the surrender of the Nazis. Many of the prisoners Scharff befriended for investigation purposes incidentally became life-long friends; through these connections, word of his unique investigative techniques spread, leading to, amazingly, the US requesting his services in 1948, in order to interrogate U.S fighter pilot, Martin James Monti, who was found guilty of switching to the Axis forces during the war.

Following this interrogation, Scharff was asked to give lectures to the U.S army at the Pentagon, and even assisted the army in devising survival techniques; the amount of assistance the U.S requested from Scharff is a true testament to his influence.

Scharff eventually settled in America with his family in order pursue his true passion: art. He founded Hans Scharff Designs, finding successful work as a mosaic artist. Scharff died in 1992, but his company, and his art, is kept alive by his daughter-in-law, Monika Scharff.