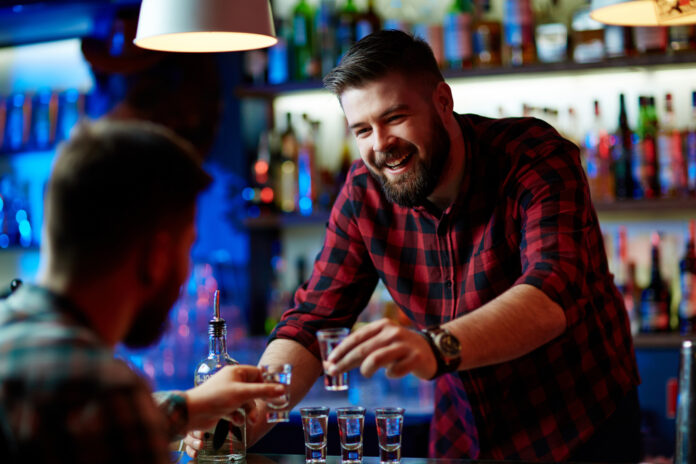 Scotland may be best known for whisky, gin and Irn Bru. But there is a new drink in town – Scottish vodka. Its popularity is rising and there is a surprising variety of flavours and brands to try.

With the craft beer market long since saturated, and the craft gin scene gradually abating, distilleries the world over have been experimenting with alternative spirits in order to get ahead of the curve: to secure a stake in the next phase of the craft alcohol movement. The rest of the world has turned to whisky, rum, and mezcal; while Scotland’s distilleries, on the other hand, have focused their energies on a spirit that has never, unlike gin, experienced a lull in its popularity; a spirit that remains, in big brand form, as ubiquitous as ever: vodka.

An unusual direction to take when considering that over £204 million worth of vodka is sold annually in Scottish pubs. It’s a wonder that anyone could even consider re-selling the mainstay of every bar speed rail, and yet, the last few years has seen a serious uptake in distilleries throughout Scotland opening with the purpose of producing vodka, and other, already established companies in the drinks game, such as the world famous Brewdog, trying their hand at making the traditionally potato-based spirit. So, what has been the impetus for this unforeseen fascination, what ingredients are the distillers experimenting with, and to which global markets are these brands selling to?

Why has the artisan Scottish vodka business grown so much in recent years?

Forgoing Scotland’s already established national drink, whiskey, craft distillers have turned their attention to vodka – a drink more commonly associated with, and championed by, such nations as Russia, Poland, and Sweden. Even in 2019, the three top vodka brands sold in Scotland were Smirnoff, Absolute, and Glen’s. So, what has given Scotland the Dutch courage to challenge such a well-defined market?

Following on from other U.K-wide craft alcohol scenes, namely, the recent craft gin boom, which made £612m in export in 2018, many distilleries and breweries have been since looking for new, unique ways to profit off the craft alcohol movement. One trend that is noticeable in the typically capricious craft market is that quirky, out-there products tend to work, and sell, best – whether that be unusual craft beer flavours, or unexpected botanicals used in gins. It is within this line of thinking that the emerging Scottish craft vodka distilleries – including the likes of Ogilvy Vodka and Arbikie – are thinking, with vodka being a particularly unusual and quirky choice to fit within the ‘craft alcohol’ bracket. The more unique, the better – and with the market being bereft of any major ‘craft’ vodkas, the desire to fill that gap is obviously strong amongst craft distillers.

Although the craft movement is happening the world over, Scotland has contributed greatly towards the development thereof – Brewdog, for example, now operate nearly 80 bars worldwide – which puts the nation in a good position for developing the scene further – now, with vodka. 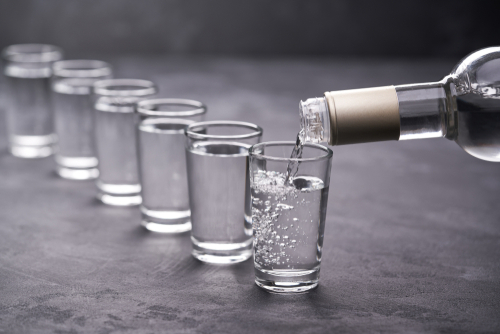 What ingredients are they using?

The ethos of many of the new-age vodka distilleries in Scotland is to re-establish in the public’s eye what makes a vodka; vodka, taken for granted by many, is often disregarded as lacking in variety, flavour, substance, and is oftentimes drowned heavily with mixer, taken as a shot, or considered to be merely the alcoholic element of a cocktail – but never enjoyed simply for taste.

The key players in the Scottish craft vodka scene have been looking to, of course, put taste first, but also experiment with a variety of different ingredients during the fermentation process, in order to give the spirit a new flavoursome edge.

The Arbikie Highland Estate Distillery opened in 2013 and, prior to experimenting with vodka, found a name for themselves with their popular craft gin, Kirsty’s Gin. They started off with a traditional potato-based vodka, but later introduced their unique Haar Wheat Vodka in late 2017. Made from Zulu wheat- grown and harvested onsite – this vodka is described as being smooth with pastry and caramel notes.

The Strathleven Distillers, on the other hand, have given a distinctly Scottish characteristic to their product, the Valt Single Malt Vodka. Like single malt whiskeys, this vodka is distilled exclusively using single malt barley, giving the spirit a richness, and making it totally unique from all other vodkas in the world!

Ogilvy’s Scottish Potato Vodka have put a unique spin on the traditional vodka recipe, by using only wonky potatoes that have been rejected by supermarkets. Whether or not this potato selection adds any additional flavour to the vodka, it certainly helps with food waste surplus. Nonetheless, this vodka is described as having earthy, fruity, and creamy notes.

Brewdog’s Lone Wolf Vodka focuses less on ingredients and more on the distilling process itself, filtering the spirit only once, and by purportedly using the biggest still in the whole of Europe! The end product is described as being sweet and spicy, and is served with ice.

To which markets are they selling?

Given how easily the rest of the world caught on to Scotland’s craft beer and gin produce, it won’t be long before many of the country’s craft vodka offerings are available further afield- and some already are!

In the summer of 2020, Arbikie signed a deal with a Canadian drinks company, allowing for the Scottish firm’s vodka to be sold in Canadian supermarkets!

This deal is indicative that the Scottish craft vodka scene is moving in the right direction, and, like the success of the country’s craft beer, will hopefully continue to grow notoriety on a global scale.