Where I Live Globally Local
Home Over The Hump Featured – Brosnaichte The Statue of Liberty is the most iconic statue in the world....
Facebook
Twitter
Pinterest
WhatsApp 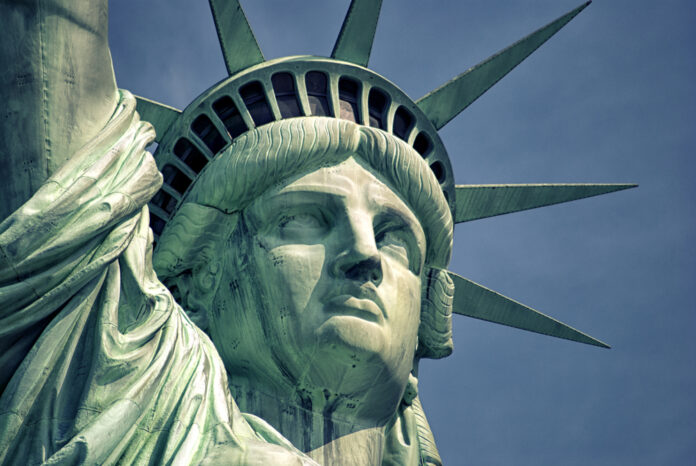 The Statue of Liberty is possibly the most famous landmark in the entire world and is a huge tourist attraction for people all around the world. The figure of a woman wearing a crown and holding a flaming torch is symbolic of America. However, not many people know the history of woman who posed for this world famous statue and how she has influenced many around the globe. There may not be one definitive answer but there are certainly some interesting theories.

The statue of Liberty is situated in New York on Liberty Island and it dominates the island. The 305 foot (from ground level) statue was first erected on the island in 1886 after being designed by French sculptor Frédéric Auguste Bartholdi and built in France before arriving in New York. Bartholdi was the brainchild of this iconic monument as it was proposed that the French people gifted the American people to commemorate 100 years of their independence from the British.

History of the Statue of Liberty

The idea of a statue was first mooted by Edouard Rene de Laboulaye, president of the French Anti-Slavery Society who in conversation with Bartholdi in 1865 stated, “If a monument should rise in the United States, as a memorial to their independence, I should think it only natural if it were built by united effort—a common work of both our nations”. It took a lot longer for the idea to be commissioned with France at war but in 1871 Bartholdi crossed the Atlantic. He focused on Bedloe’s Island as the perfect location because sail boats would be using the harbour and see the statue as they arrived into New York. 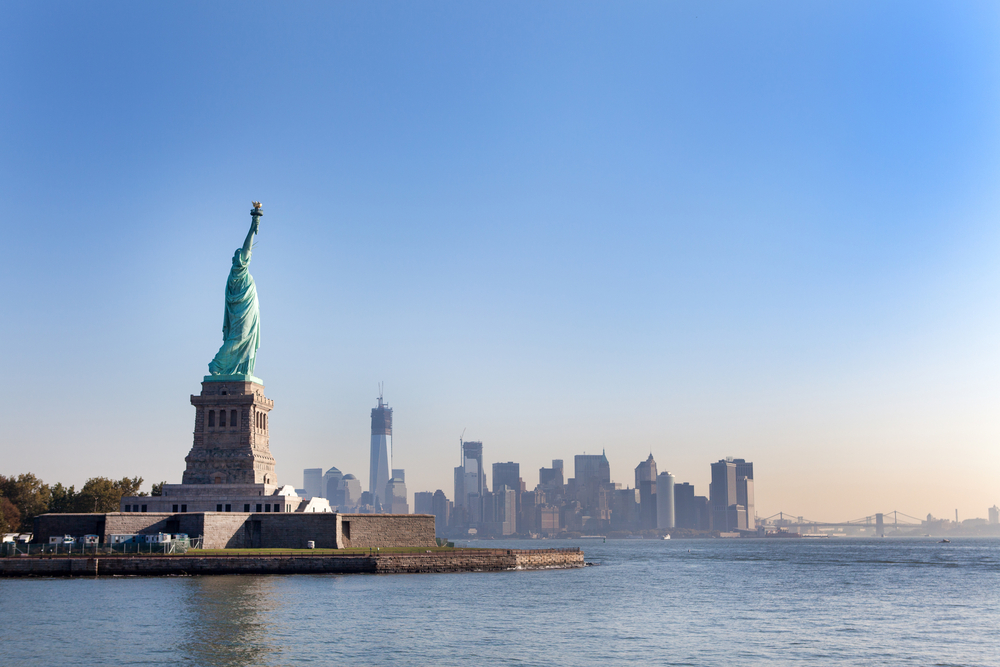 There is a debate as to what was the real intention of the Statue of Liberty especially as Bartholdi held such strong abolitionist views and wanted all slaves to be free. It was even his intention to have chains in her hands instead of the tablet we see today.

Inspiration for the Statue

A study concluded that, “The Statue of Liberty would never have been conceived or built if its principal French and American advocates had not been active abolitionists who understood slavery as the cause of the Civil War and its end as the realization of the promise of liberty for all as codified in the Declaration of Independence. But the Statue of Liberty was not intended entirely as a monument to the end of slavery.

Still, the presence of shackles at the foot of the monument combined with the implication of a black model does make for an interesting debate.”

Liberty Enlightening the World, as it is originally known, was seen mainly as the sign of liberty which was a controversial subject with many people during the 19th century seeing liberty as an act of violence or rebellion. Bartholdi, wanted to change that conception.

Bartholdi wanted a woman to represent liberty and freedom but drew inspiration from many different concepts. One concept he chose was to draw inspiration from the ancient classical statues such as Helios in Rhodes. This led to him using the Roman Goddess Libertas and Sol Invictus as his muse.

However, many wonder who was the actual model for the statue and there are quite a few ideas. Many speculate it is in fact Bartholdi’s mother as Lady Liberty shares her stern stare and features with Bartholdi’s mother. Bartholdi never disputed people’s assumptions so it is believed that he used his mother to be the face of the famous statue. What a son!

It is also speculated that his mistress was the model. They would later be married in 1876 which is credible because the statue was finished in 1886 but it was a decade after he had already started designing it.  Apparently she would always joke that the statue has the same body as her but as we know there are no distinguishable features about the body!

As well as being influenced by the classics such as the Greek Goddess Hera or Helios, Bartholdi is believed to have taken inspiration  from a painting by Jules Joseph Lefebvre called La V or The Truth which now hangs in the Muse d’Orsay. The painting depicts a woman holding a flame above her head and stood in a similar position to the statue of Liberty.

Finally, there are reports that Bartholdi used an African woman or even an African- American woman to pose for the modelling. With the Frenchman being a staunch supporter of freedom and to celebrate the Union victory over the Confederacy then this was the perfect response. Having worked in Egypt as well, there is a strong possibility that he used an African woman. But some do not believe this to be true as the facial features do not bear any resemblance to that of an African woman and there is no written evidence that this was Bartholdi’s thoughts to have an African woman to symbolise the break from slavery; despite being very much against slavery and initially wanting Lady Liberty to have chains.

What we do know is that Bartholdi wanted a goddess. As Edward Berenson, author of Statue of Liberty: A Transatlantic Story states, “Bartholdi produced a series of drawings in which the proposed statue began as a gigantic female fellah, or Arab peasant and gradually evolved into a colossal goddess…”

All we know for saw is that there was a woman in Bartholdi’s mind and whoever that woman was she has changed America forever.