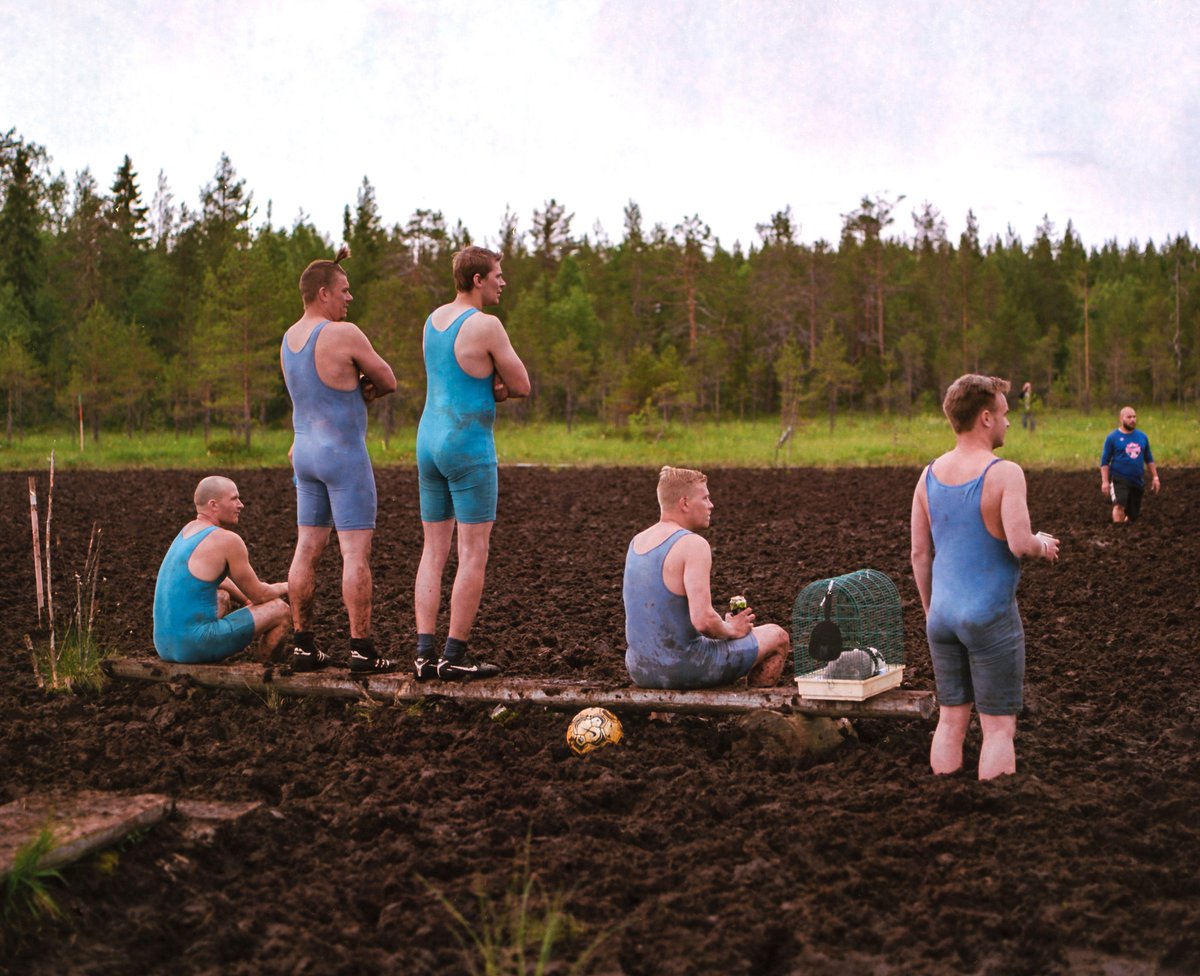 Finland is a unique country in many ways. Its beautiful landscape and traditions attract millions of tourists every year.

Finland is also home to some unique experience and events that make it an even more special place to visit.

Sampo, the world’s only icebreaker that operates specifically for tourism purposes, sails the Gulf of Bothnia along the stretches of the Finnish Lapland. After a respectable 30-year career as an icebreaker in the arctic seas, the vessel has been appointed a new, more captivating task – to serve as the base for ice adventurers. Whilst on board, you can even partake in ice swimming, floating in pack ice whilst wearing thermal survival suits. Extreme closeness to nature at its best!

The event started in the 19th century, when a robber named Herkko Ronkainen and his gang mates took the habit of stealing girls as well as food and other wares from the villages they raided.

Nowadays, the tradition has turned into a full-fledged championship, held yearly in the village of Sonkajärvi, in the eastern part of the country. ‘Wives’ are carried down a 235 m track with obstacles; the winner receives the wife’s weight in beer.

The world-famous resort of Kakslauttanen has become a go-to destination for anyone wanting to see the Northern Lights. The two person glass igloos include a bed, a toilet and a unique view to fall asleep to. The igloos can be booked from 24th August until the end of April, and though the Northern Lights are not guaranteed, the best chance of seeing them us from November until February .

The World Sauna Championships were an annual endurance contest held in Heinola, Finland, from 1999 to 2010. They originated from unofficial sauna-sitting competitions that resulted in a ban from a swimming hall in Heinola. The Championships were first held in 1999 and grew to feature contestants from over 20 countries. Sauna bathing at extreme conditions is a severe health risk: all competitors competed at their own risk, and had to sign a form agreeing not to take legal action against the organizers. Notably, the Finnish Sauna Society strongly opposed the event.

After the death of one finalist and near-death of another during the 2010 championship, the organizers announced that they would not hold another event. This followed an announcement by prosecutors in March that the organizing committee would not be charged for negligence, as their investigation revealed that the contestant who died may have used painkillers and ointments that were forbidden by the organizers. There is a slim chance the event may be resurrected if it can be proved it can be held in a safe manner.

Mobile phone throwing is an international sport that started in Finland in the year 2000. It’s a sport in which participants throw mobile phones and are judged on distance or technique. World record holder is Tom Philipp Reinhardt from Germany with a throw of 136,75m.

The winner of the 2017 World Air Guitar Championship has been crowned… he is Matt “Airistotle” Burns.

The pretend guitarist successfully defended his title at the 22nd Air Guitar World Championships in Finland.

He defended his title by expertly shredding a non-existent guitar.

The competition began as a joke but has become an annual celebration running for 22 years. “Airistotle”, who is from the US, held off competition from 15 competitors from around the world.

A heavy metal version of I Will Survive helped Burns take the title.

The aim of the Air Guitar World Championships is to bring about world peace with zero guitars.

The official website says: “Wars would end, climate change stop and all bad things disappear, if all the people in the world played the Air Guitar.”

Inspired by the guitar God that is “Airistotle” fancy picking up an invisible guitar and entering next year’s tournament?

The cuddly Moomin trolls are so synonymous with Finland, they have even been featured on the side of a Finnair plane.

This is a Moomin-based theme park designed for the Moomins’ littlest fans. Situated on the island of Kailo beside the town of Naantali, near Turku in Western Finland – on an archipelago facing into the Baltic Sea – Moomin World, or Muumimaailma in Finnish, is probably the most immersive Moomin experience a child (or a grown-up) will experience: rather than packing the island full of rides, like Disneyworld, the folk at Moomin World have simply recreated whole chunks of the Moomins’ world for you to explore.

The main attraction is the blueberry-coloured Moomin House, but you can also visit Hemulen’s yellow house, Moominmamma’s Kitchen, the Fire Station, Snufkin’s Camp, the Hattifatteners’ Cave, Moominpappa’s boar and more – and you’re likely to run into actual Moomins while you’re at it. The World isn’t open all year, but when it is, it holds special Winter and Summer themed events – there’s skating and dog-sledding scheduled for the cold weather, and a themes such as ‘Fairytime’ for the summer. Not cheap, but well worth a visit for Moomin fans young and old.

As far as micturating statuary goes, Manneken Pis in Brussels has been the gold standard for an astonishing 400 years. However, Helsinki introduced a charming new entrant a couple years ago that is less whimsical little kid peeing happily, and more chagrined adult who did not intend for you to see this.

After the show closed in October 2016, the statue was moved to a permanent home in the city’s West Harbour, just outside the building housing the Helsinki Computer and Game Console Museum. Some photo angles might make it look like the statue is now being used to water a landscaped area, but don’t worry: It’s just pissing on the sidewalk.

Anyone who has visited Finland in the summer will know that the air is thick with thirsty bloodsucking mosquitos. Mozzies and midges are at their most annoying in the northern part of the country, especially in forested areas near water (99% of Northern Finland!). The Finns, being a practical bunch, turned the necessary into fun, and organized a yearly mosquito-swatting competition in the northern town of Pelkosenniemi.

The one who swats the highest number of mosquitoes in 5 minutes wins. Presently, the record stands at 21. Could you do better? Then head to Pelkosenniemi next year!

For decades, the top Finnish cross-country skiers have been practicing their basic level of fitness at the swamp during the summer, and that is where the idea of combining the swamp and the world’s most popular sport, football, came from in 1998 in Hyrynsalmi. The rest is history… Swamp Soccer was born.

The first competition in 1998 involved 13 teams and since 2000, the battle for the title of world champion has taken place in Vuorisuo. Competitions are attended by nearly 300 teams, more than 4,000 players from 10 different countries. The Ukkohalla ski & sport resort acts as a place of accommodation for the players, and hosts the Swamp Rock event during the games.

The games are played on fields that are the size of 30 x 60 m. There are 20 fields in Vuorisuo, and during the competition nearly 1,000 games are played. The amount of players on the pitch includes the goalkeeper and 5 field players (1+5). The number of substitute players is not restricted, and substitutions are made on the fly. Playing time is 2 x 10 minutes.

Vuorisuo is located in Hyrynsalmi and during the games it has a non-stop transportation from Ukkohalla for players and spectators. In addition to the 20 fields, the swamp has; a games office, swamp restaurant, swamp fair and of course women’s and men’s saunas. 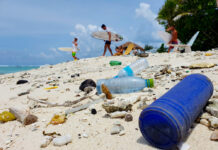 One little tag. One big problem. The Environmental Impact of Instagram Geotagging