‘Unspoiled, Unexplored, Unbelievable’. The Faroe Islands see fewer tourists than Iceland due to their relative isolation, but the costs incurred to get here are far outweighed by the sheer beauty and majestic sights that await any tourist visiting Scotland’s northerly neighbour.

The Faroe Islands sit in the North Atlantic sea, in the middle of a triangle formed by Iceland, Norway and the UK. This small, thinly populated group of islands is becoming a tourist destination for those travelling from our side of Europe.

The Faroes are made up of eighteen islands and are part of the Kingdom of Denmark, and because of this, their main currency is Danish Krona (DKK). The population sits at just over 52,000 which is still low even when considering the size of the islands themselves.

Getting to the Faroe Islands

If you want to travel to the Faroes from Scotland, the best option is by air. Between March and December, there are bi-weekly flights going from Edinburgh to the island of Vagar, operated by Atlantic Airways. The flight time is usually about an hour making it a very convenient option. However, as you will find with many small air routes, these flights can be very expensive costing several hundred pounds per person!

The cheapest option for travelling to the Faroes is by ferry, unfortunately, there are a couple of catches. Firstly, the are no ferries between Scotland and the Faroe Islands. You can catch a ferry from Iceland or Denmark, so will need to make your way to either of those first – luckily, the flights are much more reasonable from Scotland to either Iceland or Denmark than direct to the Faroes! Once you have chosen where you will be getting the ferry from, you have a long journey ahead of you. The ferry from Hirtshals in Jutland in the North of Denmark takes 38 hours to complete the journey. The closest option is from Seydisfjordur on the East coast of Iceland, while much quicker than the Danish trip, this still takes 19 hours! 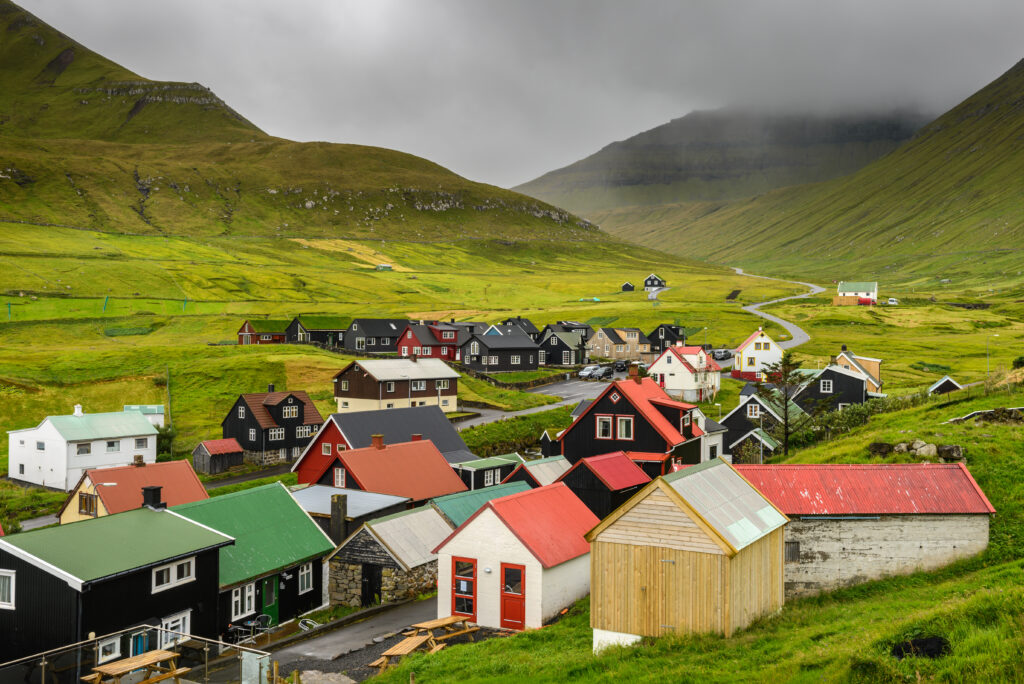 What to do on the Faroe Islands

Once you have made your way to the Faroe Islands, next you need to work out how you will spend your time during your visit. Due to their proximity to the arctic circle, a popular way to spend an evening in the Faroe Islands (similarly to Iceland, Greenland and Norway) is watching the Northern Lights. The lights – also known as the Aurora Borealis – can usually be seen from the end of August through to the beginning of February.

The natural beauty of the Faroe Islands is their major attraction. You can climb the highest peak on the islands – Slættaratindur. Standing at 880 metres tall, you can see all 18 islands that make up the Faroes from the peak. It is a local tradition on the longest day of the year (21st June) to climb Slættaratindur to watch the sunset and then rise again. While climbing the hills you can also take the opportunity to do some wild camping. There is also the stunning Múlafossur Waterfall near the village of Gásadalur which falls from the clifftop down to the sea.

The Faroe Islands are great for birdwatchers, there are boat trips which will take you to seabird cliffs including Vestmanna where you can spot puffins! The boat trip takes around two hours so you have plenty of time to tick some birds off of your list. As well as the bird spotting tours, you can also go island hopping on a variety of ferries such as the ferry from Torshavn to Nolsoy which takes just 20 minutes. Torshavn is the capital of the Faroe Islands and you can take a guided city tour while you are there.

If you’re still looking for something to do, you can go visit the famous Lake Sørvágsvatn. Thanks to an optical illusion created by the dramatic landscape surrounding it, when viewed from above it appears the lake is held hundred of metres above the sea by cliffs. In actual fact, it does have a small waterfall which drops about 30 metres into the sea. 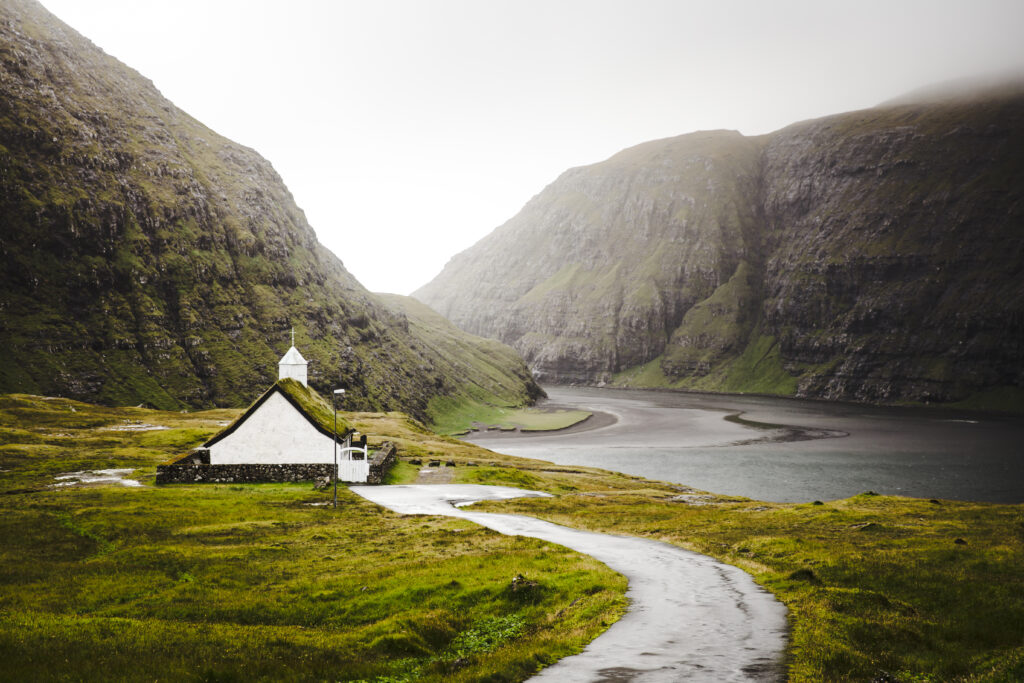 Cost of a Trip to the Faroe Islands

Due to the limited availability of transport to the Faroe Islands themselves and the remoteness of them, air and ferry travel can be quite expensive, especially if you do not book well in advance. Once you arrive, however, public transport is quite cheap as the local ferries are subsidised. A multi-day travel card can be purchased at 500 DKK for a 4-day pass, at the time of writing that works out at around £61. That isn’t bad when you can travel as much and as far as you want while the pass is valid.

If you are on a budget, avoid going out for meals if you can. The cost of going to a restaurant can be expensive itself, but alcohol is also highly taxed in the Faroe Islands so this increases the cost even more. The best option for meals during your visit is to go food shopping as you can shop tax-free.

Because the majority of activities on the islands are about getting out in nature, the majority of excursions will only cost you for travel and a guide if needed! This means you can have a fun-filled trip at a lower expense.

Affordable accommodation is easy to find on the Faroe Islands as most places are very reasonably priced. There is a range of places to suit everyone from campsites, guest houses, Air BnB’s and hotels. A good Air BnB will cost in the range of 750 DKK per night while the average charge for a double room at a hotel is 1050 DKK per night (£92 and £128 at the time of writing).

The Faroe Islands present a fantastic option for Scots looking to get away for a long weekend, especially if you are into activities involving nature and scenery or birdwatching! The hardest part is figuring out the travel there, once you get that sorted it can be a very affordable getaway to a gorgeous part of the world.

Have you been to the Faroe Islands? Let us know!