Retro comes and goes. We’re a nation that will obsessively lap up anything that even remotely smells​ ​of​ ​vintage.​ ​Yet​ ​will​ ​this​ ​sentimentality​ ​stretch​ ​into​ ​and​ ​beyond​ ​the​ ​age​ ​of​ ​technology?

The​ ​tentative​ ​answer​ ​to​ ​this​ ​is​ ​a​ ​careful​ ​“maybe”,​ ​and​ ​here’s​ ​why:
Since the dawning of the digital revolution, the proliferation of the internet inescapably has poured into every nook and cranny of our society, spawning limitless amounts freedoms such as connectivity, content and interactivity that has promoted individualistic freedoms for us to chew and​ ​feed​ ​on.

We have seen social media bludgeon its way into our everyday routine, giving us the freedom to personalise and curate our lives in the most enhanced ways imaginable. We have witnessed a dramatic surge of independent media outlets publicising news and content wired to suit both the mainstream and alternative audiences. We have witnessed the rise of user generated content plastered all over self-made blogs and websites, as well as self-made entrepreneurs, developers, writers, and coders marketing themselves without the aid of degree educated professionals.

And according to the Office for National Statistics, 89% of the UK population now have access to the internet, 1% up from the previous year , and 34% of pre-schoolers, alongside 41% of 1 teenagers,​ ​have​ ​access​ ​to​ ​their​ ​own​ ​portable​ ​devices .

Yet whilst the excitement of new media and technological advancements is still in a heightened state, there is scope to suggest that all of this should have come packaged with a cautionary label that elicits a feeling of cultural and societal vulnerability – a vulnerability ​that has left us wide open to the idea that the freedoms attributed to the aforementioned are giving rise to a form of individualism with the potential to force our collective selves and our sentimentality into a confusing​ ​limbo.

This limbo, or perhaps more accurately, a search for some solid ground between both our collective and individual consumption has pushed us into a relationship with new media and technology​ ​that​ ​is​ ​entirely​ ​different​ ​to​ ​the​ ​one​ ​we​ ​had​ ​a​ ​mere​ ​20​ ​years​ ​ago.
Gone are the days of the BBC and Sky being the only platform to fulfil our viewing needs; no more are the days of physical CDs and cassettes being the only way to obtain your favourite music; no more are we solely inclined to sit around a table with our friends and family and play an intense game of scrabble – we have traded all of this in for a sleeker, more convenient portable​ ​model,​ ​where​ ​choice​ ​is​ ​paramount.

It’s here that we find one the most crucial elements to our struggle: we can do everything we used to without having to wait for the tick by before we watch our favourite TV programmes, nor do we have to needlessly put a CD into a stereo system; everything is now overwhelmingly at our​ ​disposal​ ​to​ ​be​ ​personalised​ ​and​ ​on-demand​ ​24​ ​hours​ ​a​ ​day,​ ​seven​ ​days​ ​a​ ​week.

So​ ​how​ ​does​ ​this​ ​affect​ ​us​ ​and​ ​what​ ​are​ ​the​ ​consequences​ ​further​ ​down​ ​the​ ​line?
In an already widely publicised research study conducted by Microsoft to determine whether or not our attention spans have deteriorated, researchers surveyed 2,000 participants and another 112 were hooked up to electroencephalograms (EEGs) to monitor their brain activity. Startlingly, they concluded that since the mobile revolution began in the early 2000s the average attention span​ ​fell​ ​from​ ​12​ ​seconds​ ​right​ ​down​ ​to​ ​a​ ​stunning​ ​eight​ ​seconds .

Because of this, we are viewing everything through an ADHD-like lens, where we click, consume, forget, and move on. The entirety of our time is no longer spent satisfied with what we have, instead we endlessly chomp at the bit to satisfy our consumer cravings, which will ultimately​ ​lead​ ​us​ ​to​ ​the​ ​next​ ​generation​ ​of​ ​technology:​ ​virtual​ ​reality.
Originally used in science fiction as a representation of the future, virtual reality has steamrolled itself into the mainstream and is already starting to shape how we progress into a ​post ​ -digital era. Oculus VR, a division of Facebook Inc., founded by Palmer Luckey, designed and created the first ever virtual reality headset, Oculus Rift, where users can immerse themselves in a totally​ ​3D​ ​world​ ​right​ ​before​ ​their​ ​very​ ​eyes​ ​with​ ​full​ ​bodily​ ​control.

One can only assume how much of a consequence this will have on us, not only on a societal and​ ​cultural​ ​level,​ ​but​ ​on​ ​a​ ​psychological​ ​level​ ​too.

Digital media site Mashable wrote an interesting article named “Virtual Reality is Ready to Manipulate Your Memories” where the author, Chelsea Stark, tested out an artificial recreation of a real life scenario based on a man named Anastasio Hernandez Rojas, who died in 2010 trying to illegally cross the U.S.-Mexico border. Stark watched from a rooftop as Rojas was arrested, beaten and tased. She recalls this experience as “unnerving”, and by extension, “virtual reality holds the potential for immense power, the ability to impact – or even manipulate people’s​ ​experiences​ ​for​ ​days​ ​or​ ​years​ ​to​ ​come”.

With the the very thought of consuming technology at such a rapid rate running directly parallel with an increase for that which we are consuming, Stark’s words sum up the effect that new technology is having, and may have, in the future. The power of manipulation associated with new technology is indicative of how our consciousness can be altered. We can only predict that technology in the future could possess the ability to take away collective thought by individualising our experiences. There may be no need for us to dream of past experiences or the things we miss from a bygone era if we have it all there ready for us, in a digitally reproduced theme park of our own memories and experiences that caters to our very own individual​ ​needs.

Alisdair Mans Cornwell is a writer from Berkshire UK with specialist interests in CBD, tech and travel. 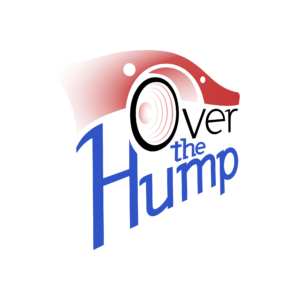 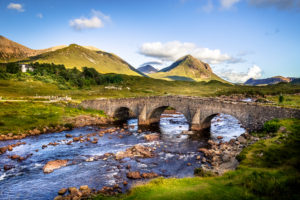