Home Over The Hump Featured – Brosnaichte What lessons does Scotland have to learn from Iceland’s football success story? 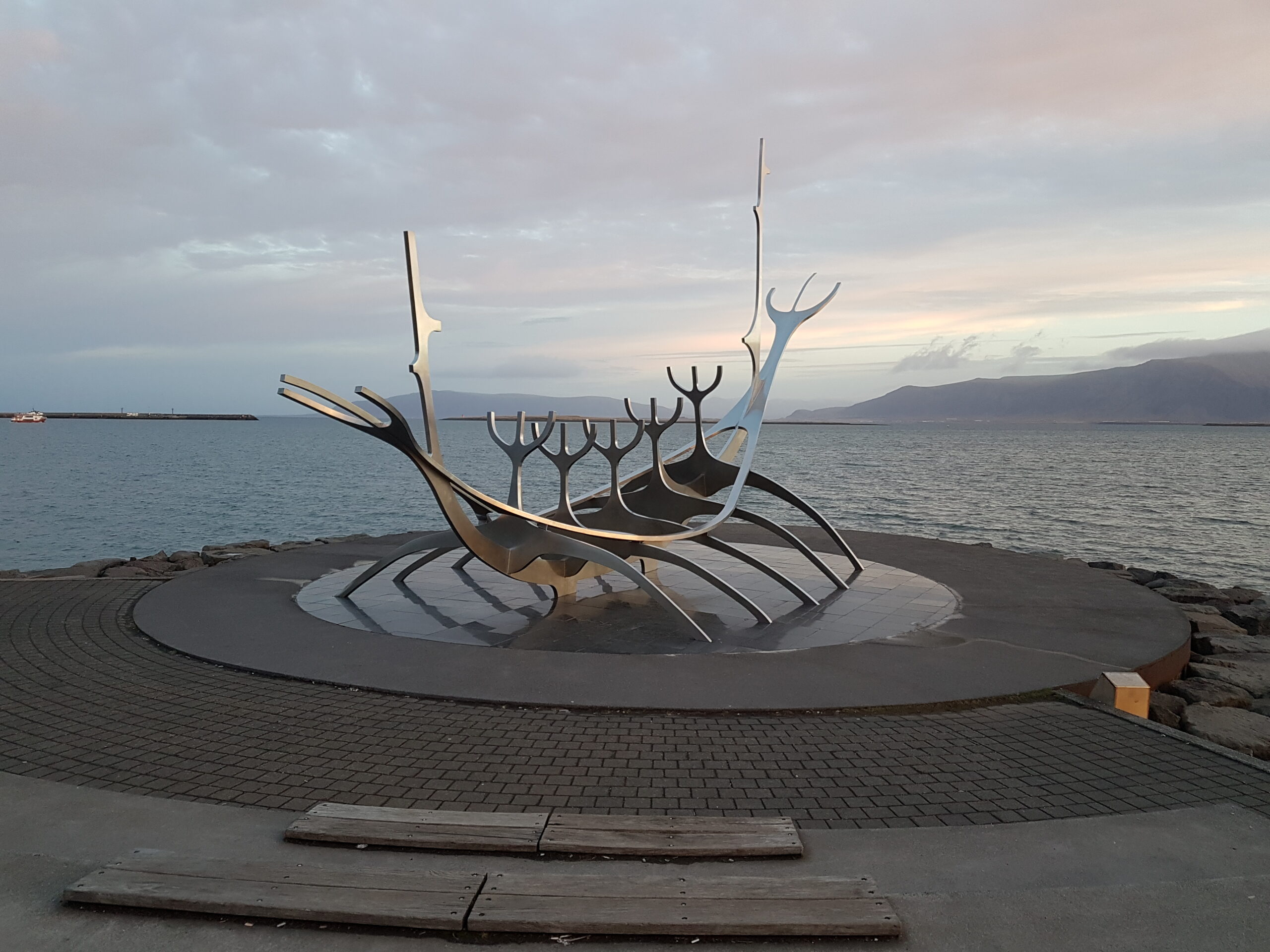 Since 2002, Iceland’s football association (KSI) has overhauled the country’s infrastructure and coaching methods. The impact has been astounding and Iceland made great strides in reaching the final stages of Euro 2016. What is the secret behind Iceland’s success and what lessons are there for Scotland’s national football team?

Football in Scotland has a loyal and proud following with a huge number of supporters for both Club and Country in the Men’s and Women’s sides. People here are raised on the sport with a large part of the population building their identity around ‘their’ team with fierce competitions taking place on and off the pitch. Despite the passion involved at club level with both fans and players, Scotland’s national team seems to be stuck with disappointing results year after year with the 1998 World Cup being the last major tournament they qualified for.

The situation faced by Scotland is a familiar one for small countries across the globe struggling to compete with those larger countries who benefit from a considerable amount of developmental resources & facilities along with bigger talent pools. Despite this, just across the North Sea, one country turning the tide is Iceland.

The team of Vikings have been on a miraculous journey in recent times, climbing an astonishing 73 places in the FIFA World Ranking in the last nine years from 112th in 2010 to 39th in 2019. Their biggest feat in this recent surge was their 2-1 victory over England during the 2016 European Championship. The performance stunned all who witnessed David beat Goliath and it received a huge reaction globally. Iceland proceeded to be knocked out of the tournament by France in a 5-2 loss during the Quarter Final, however, none of this could take away the amazing run made by that team. A team who had been showing promise through impressive defensive displays and using every opportunity allowed to pressure their opponents. This Championship run resulted in Iceland climbing to their highest ever world ranking at 21st. 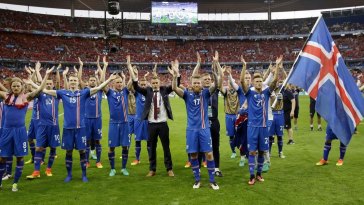 Despite the obvious limitation of population size making talent searching for national players a difficult task, there are also environmental obstacles with there only being essentially 3 months of darkness through the winter along with temperatures plummeting making outside play exceedingly difficult. The secret of the giant slayers starts at the bottom; Breidablik looks unassuming from the outside, appearing as nothing more than a monolithic warehouse. Inside, however, Breidablik is Iceland’s biggest sports club, housing everything from a full-size indoor football pitch to basketball courts and table tennis tables under its domed roof.

With the football pitch segmented into a grid of small temporary pitches with 100 children at a time play the sport which the country is becoming increasingly adept at on the national stage. 500 children play here every afternoon, learning from Uefa accredited coaches – some of whom are first team players for Breidablik. The fees for these facilities are subsidised by the local council meaning parents never pay more than a few hundred Euros annually for essentially unlimited coaching for their children from the ages of 6 to 19 (both boys and girls).

With facilities like this and a policy of all being able to play with no early cuts (some player’s skills may not develop until 17 or older), the coaches are proud that they never miss talent by seeing all of the players from local areas developing under their instruction. It is no wonder that Iceland is steadily producing not only successful individuals but increasingly impressive national squads.

Breidablik is just one of many indoor facilities in Iceland allowing not only year round development opportunities for youngsters producing the next generation of world beaters, but it also provides the country’s national team the perfect environment for year round practice, polishing their skills and working towards their next tournament.

Not only does Iceland have many indoor facilities but every school also has a mini pitch ensuring all the nation’s future stars have access to the beautiful game. To help encourage development smaller games are promoted such as street football and 5-a-side games which have been proven to help improve technical skills, decision making and creativity.

Despite their national population of 330,000 – there are a huge amount of Uefa qualified coaches in country per capita, working out at 1 coach per 500 citizens. With the country’s players learning from these experienced coaches and starting at such a young age, it is hardly a surprise that they can produce such talent ever more regularly. A good example of this is the Icelandic national team has previously had 3 world class goalkeepers fighting for a position – if you were to extrapolate this the USA team would have 3000!

The Vikings always manage to avoid letting the media frenzy affect their mentality prior to matches on the big stage with coaches and players alike stating they are simply just another game or business as usual. This resolve, along with an unshakeable belief that they can win any game they are in make this island nation a force to be reckoned with. 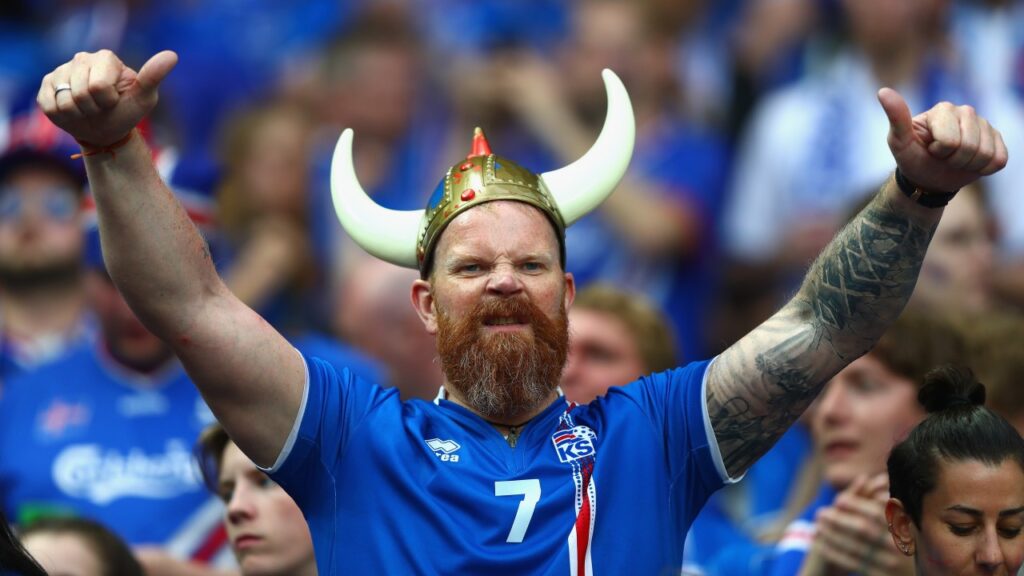 Despite the population difference, in the global community both Iceland and Scotland are considered small nations. If Scotland were to learn some lessons from Iceland and implement changes, then the national team may start to see more successes. The formula seems simple, start with young players as soon as you can and aim to get the local councils to help grow the game in their area by providing facilities and assistance for children to get into the sport. An increasingly common story from professional players is they were pushed out of academies at a young age for not making the grade, only to develop their skills later and go on to become highly successful – employing the Icelandic approach of not cutting any players would allow ‘late bloomers’ to continue to develop their potential. Investing in the right coaching, not only for the national team but also at the grassroots level, would make a potentially huge difference to the talent produced throughout the country. Putting more of an emphasis on smaller team games like 5v5 or street football could aid development also rather than constantly playing full 22 player games. Finally, maybe the one thing missing is that Viking mentality – every match is just another game which the team can win if they are in it.