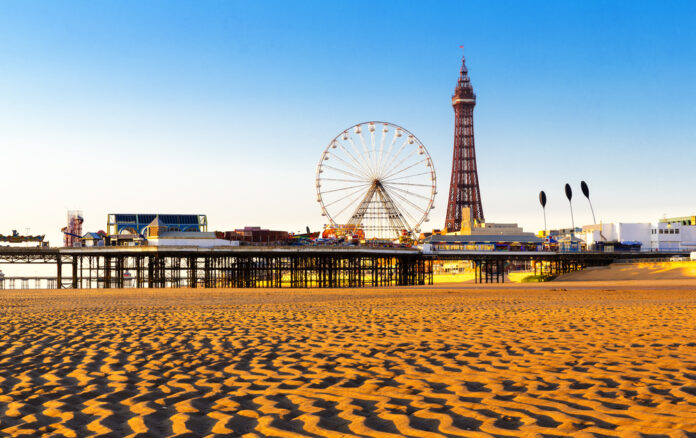 Blackpool is renowned for its cheap and cheerful seaside bed and breakfast guest houses. But for travellers with an extra budget wanting a touch of luxury, what options, if any, are available?

Blackpool is well known for its tourism and people flock to the seaside town in their thousands at a time with the promenade flooded with people. According to Blackpool Council, the town has four million visitors a year all coming to visit the various piers, the world-famous illuminations or the thrilling Pleasure Beach. Whatever the trip to Blackpool might be, there is something for you and you will find all alternatives in the bustling town. However, despite the popularity of the seaside resort, are there any luxury hotels available by the sea?

It is well known that Blackpool offers bed and breakfast all along the promenade and in the adjacent streets, but some feel there is a serious lack of luxury hotels in the Lancashire town which can put certain people off visiting. However, that is not to say that the options already there are not fitting the bill. Blackpool can boast some impressive hotels such as The Elgin, The Doric and The Cliffs which has plenty to offer the visiting couple, family or solo traveller. 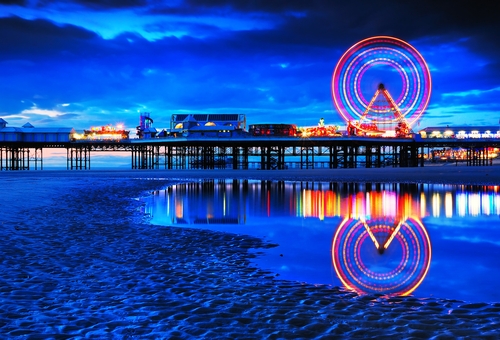 Reputation as a cheap place to stay

Blackpool does have a reputation of being a cheap place to visit and the stay could be at a hotel that are becoming run down and struggling to provide the standards expected from visitors to the town. Recently, the Metropole, which is a grand old building by North Pier, came under scrutiny for its appearance inside. It is classed as a 3-star hotel but was compared to Fawlty Towers in a recent article on Lancashire Live by a Scottish couple who visited,

“We thought we’d treat ourselves to a hotel in this location but when we arrived into our room, we were shocked at the condition of it.

“We thought we entered into Fawlty Towers; we were so disappointed. The hotel is completely run down, the room furniture was old and chipped, worse of all was the armchair. The windows in the room were so dirty I don’t think they have been cleaned since the 80s.”

However, the resort is changing, and it can offer high quality accommodation to tourists who would prefer a higher standard. There are many guest houses that are able to offer at least a four star stay according to Booking.com. Places such as A&P at The Sheron House, The Windsor Blackpool, The Gallery, Le Papillon, Myguesthouse Blackpool, The Old Coach House, Friends Hotel and The Bromley all offer a four star stay and all of them rate highly amongst guests who have visited on Yell.com and Trip Advisor.

It is a great sign for Blackpool that people are still enthusiastic about visiting the town and only require a small guest house or bed & breakfast to satisfy their stay on the golden mile. 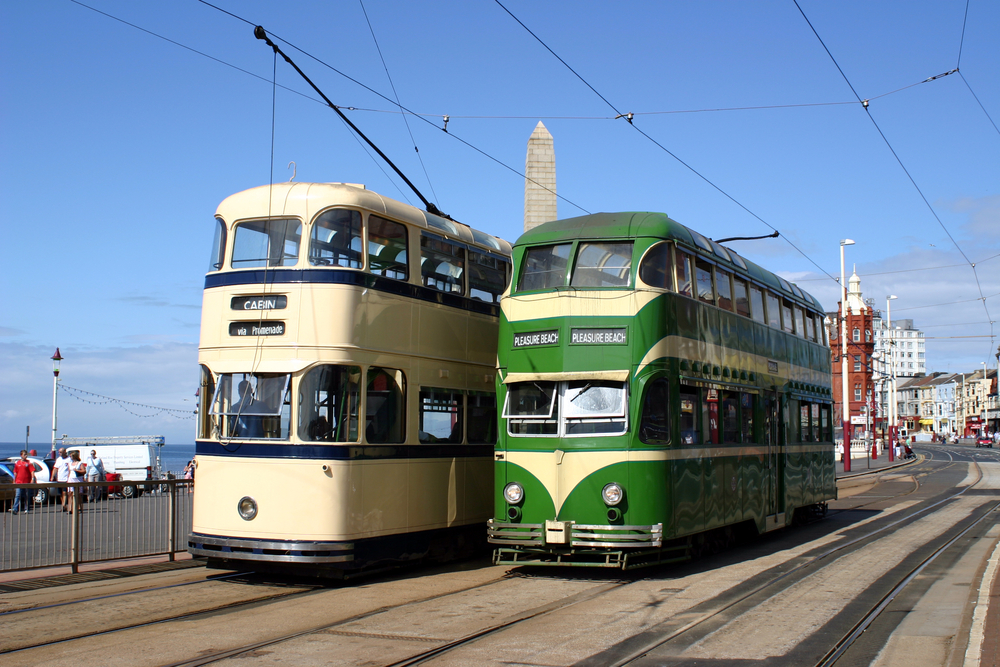 However, what about those people that would prefer to stay in a more traditional hotel?

Then Blackpool can deliver! They have several four star or more hotels all within walking distance of the beach. Traditional style hotels such as The Park Royal Hotel and The Kenley Hotel offer a Blackpool feel hotel with a bed & breakfast facility. It is something the town never wants to lose, it would be like visiting and not seeing the Tower.

However, money has been invested recently in hotels to give them a revamp to equip them with all the mod cons. Places such as The Village Hotel, Grand Hotel Blackpool and Hampton by Hilton (only 3 star) all have that modern feel that many people have come to expect as standard at a hotel but you could easily get your fish and chips within a couple of minutes.

Traditional grand hotels can still be found, with The Imperial Hotel overlooking the north side of the town. It has played host to many government party conferences among other key events. But on the opposite side of town, Number One South Beach also offers fantastic amenities and all the expected luxuries that come with a five-star hotel but certainly not the price! 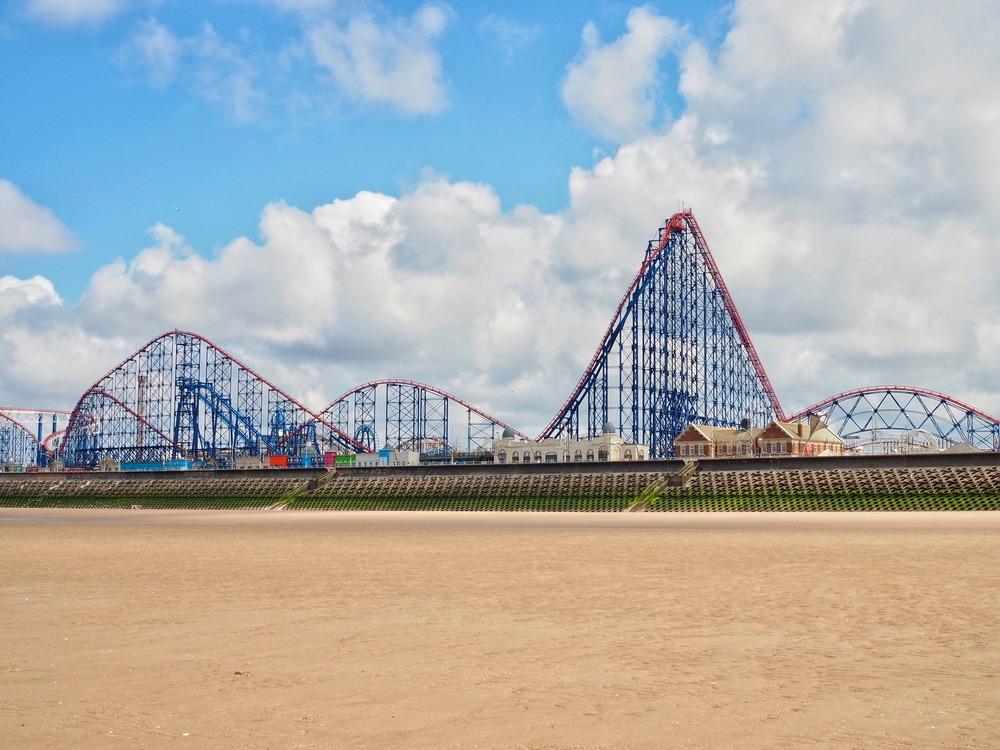 For a more unique twist to your stay, instead of overlooking the sea you could overlook the famous Seasiders. Blackpool Football Club proudly offer a four-star hotel and conference facility built into Bloomfield Road and several executive lounges offer you the chance to see inside the ground. This place is certainly one for the football fanatic; hopefully the only ‘donkeys’ you will see are on the beach!

The Pleasure Beach theme park has also invested their money to make themselves a more resort-based attraction with the Thompson family (owners of Blackpool Pleasure Beach) opening the doors to the four star hotel, The Big Blue Hotel, in 2003. The success of The Big Blue led to the Thompson family once again delving into the hotel industry and offering a three-star hotel right next door. The modern interior and beautiful exterior could be certainly classed with £12 million spent to make for the perfect destination especially if you are a theme park enthusiast with views of the park from your hotel room!

The big question though is whether the growth is sustainable. According to Tom Cunningham, Director at Hotels Agency, he is optimistic for the future of Blackpool with investment coming into the hotel industry. Writing for the commercial property blog of Savills Estate Agency, Cunningham stated,

“Following approximately £500 million of public and private sector investment, the North West seaside resort of Blackpool is fast returning to its position as one of the UK’s most popular leisure and conference destinations.

This flurry of investment activity points towards an exciting future for Blackpool. Further expansion of high-quality conference and events facilities coupled with growth in hotel accommodation will ensure that its attractiveness from both a business and tourism point of view is maximised.”

Blackpool is growing and the good thing for the town is the fact that they are still able to offer a wide range of accommodation for the various needs for the visiting tourist. It is important that Blackpool does not lose its seaside charm by selling out to corporate hotels but it has to understand it has to move with the times. It is a fine balance but something that Blackpool can certainly deal with it.

So grab a stick of rock, watch the mighty Tangerines, climb the Tower, visit the comedy carpet and ride The Big One knowing full well that the ideal hotel will be waiting for you when you are finished for the day!