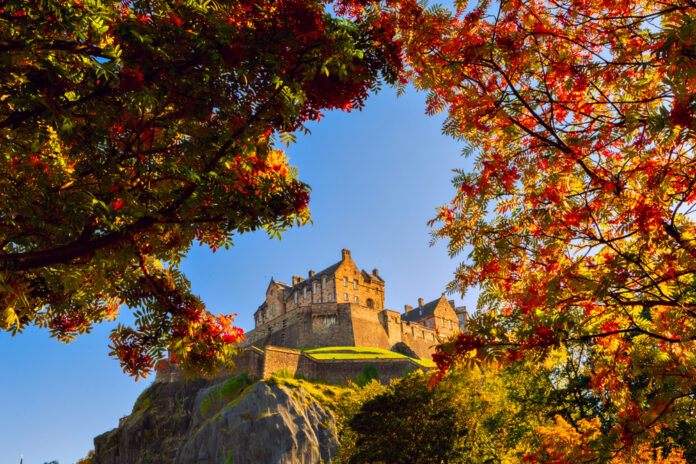 Think of Autumn and fall colours and the glorious foliage of New England’s woods and forests probably come to mind. But there is an equally stunning experience awaiting tourists right here in Scotland.

When people discuss their favourite seasons to travel you usually get the answer – summer and winter, due to the traditional summer holidays and Christmas periods. However, why are people ignoring the autumnal months? Most people, when challenged on their answer, will always agree that when the leaves start changing it is a glorious time of year and can often be the best time of the year to see nature at its best.

When autumn does come around and the change is coming, many people imagine themselves in a leafy environment, surrounded by wildlife and all cosy with a pumpkin spiced drink. Many even imagine themselves in the picturesque area of New England. States such as Connecticut, Maine, Massachusetts, New Hampshire, Rhode Island and Vermont all conjure up images of Instagram friendly poses of orange leaves, big coats with woolly hats and gloves. It is a very satisfying feeling being wrapped up in the crisp air. 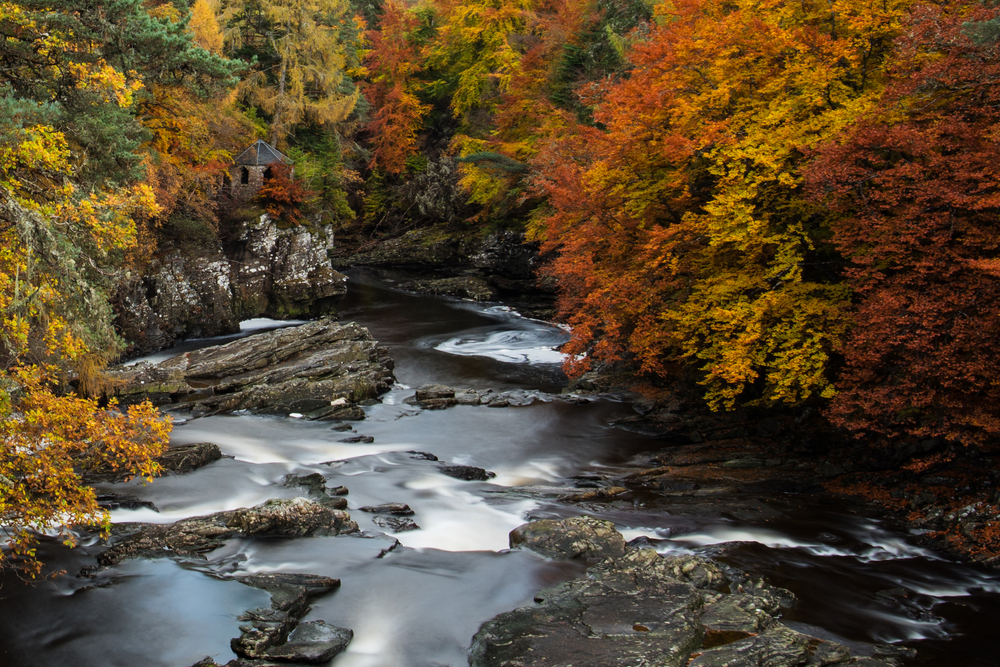 However, for many New England is very far away and the New England-Acadian forests and the White Mountains in New Hampshire are just seen online or in books.

And in the opinion of many, Scotland is here to rival New England for the title of the autumnal king.

Scotland in autumn is possibly the best time to visit the country so much so Lonely Planet voted Scotland as one of the best places in the world to see autumn leaves. Many tarnish Scotland with the unpredictability of its weather and that is simply not fair. The country is sensational all year round but when the colours are changing to burning orange and crisp yellow, then it truly is a sight to behold.

Autumn traditionally goes from the start of September through to the middle of November and has varying feels to it; which makes it such a great season. At the start of September you will still feel the heat from the end of summer but in November you start to get frost as winter approaches. However, the best time to visit Scotland in the autumn is definitely in October.

So why October? Well that is when the temperature is starting to drop but the weather can still be cold in the air rather than wet. Temperatures drop but only to the point where wrapping up is enjoyable. There is no need to take extremes just a nice thick coat to enjoy a bracing walk in the beautiful Highlands.

If you have a family it is the perfect time to jump in a campervan or motorhome and head up to Caledonia in the October half term. It is a perfect place to explore some fantastic areas of woodland, nature and picturesque landmarks. But where is best to visit? 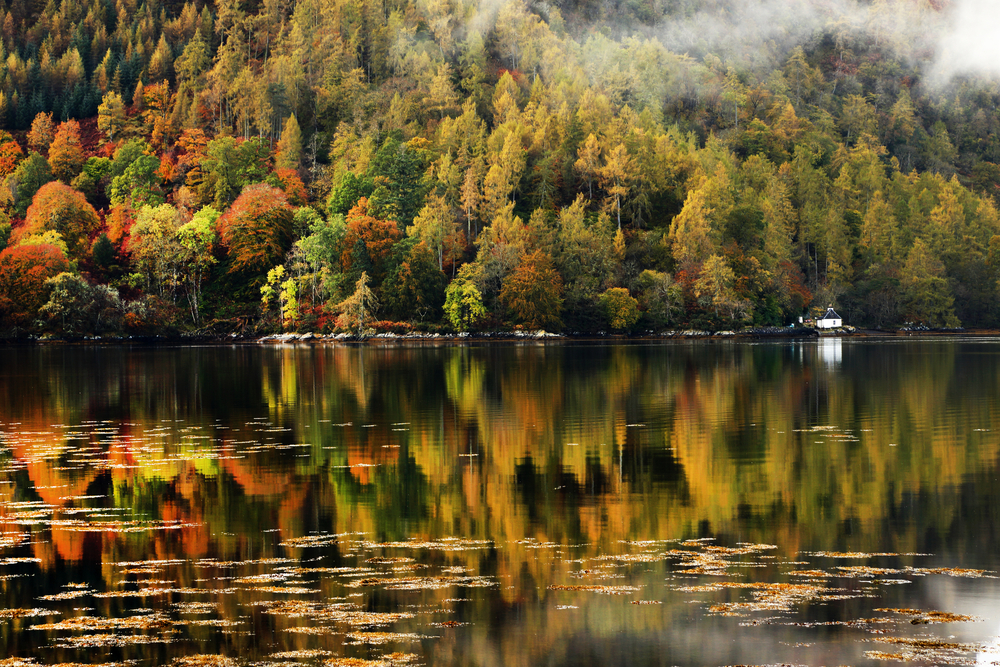 Situated in Perthshire, you can wander down River Brann to the Black Linn Waterfalls and view the gorgeous Douglas Pine trees that dominate the Scotland National Trust area.

In Banchory you can find a romantic 16th century which features turrets and gargoyles. However, the woodland walks in the area allow you to travel back in time and wonder what went on in the woods surround the castle.

If you want to explore the woodland areas of the Scottish borders, just 30 miles south of Edinburgh, at a quicker pace then Glentress is a great option. The most popular way to see the changing of the leaves is to travel by bike. So, imagine flying through the forest when autumn has hit (if not look on YouTube!)

The National Nature Reserve is ideal for people who need an autumnal change in their life. There is an amazing array of native pinewood, glorious lochs and even a brewery nearby if you fancy a tipple after soaking up the nature!

Possibly one of the most famous places in Scotland and it is famous for all the right reasons. The National Park has over 20 lochs in the area, the beautiful Loch Lomond steals the show, and with trees surrounding the 71 km² loch it will provide plenty of picturesque opportunities. If you are in the are you need to visit Loch Chon which has ever so still water.

Not far from the capital Edinburgh is a wooded Glen that looks like it has been plucked from a fairytale book written by J.R.R Tolkien. With fresh running water running right through the heart of the wood it is a perfect opportunity to escape from the real world.

It does exactly what it says on the tin! Over 200,000 acres of woodland in the Perthshire area and one that is not to be missed. It is a very famous area and it is home to champion trees. It has the tallest hedge in the world (the Meikleour Beech), Britain’s oldest tree (the Fortingall Yew) and a tree mentioned by Shakespeare in Macbeth (the Birnam Oak).

In the area of Pitlochry a large wood offers numerous walks, as part of the Pitlochry Path Network. The Dunmore Trail offers loch side views, and in the evening, Faskally Wood is transformed into The Enchanted Forest, a sound and light visitor attraction which welcomes visitors from September to the end of October.

Glencoe is one of the most beautiful places in Scotland and is one certainly not to be missed in the autumn months; especially the Glencoe pass. The area is full of history and nature, which makes a tourist dream. There are 18th century cottages alongside fantastic waterfalls. Keep your eyes peeled in the sky for golden eagles swarming the area.

Near Glasgow but home to plenty of wildlife and nature. Amongst the trees, flowers and the beautiful loch, you might be lucky enough to see wild roe deer bounding along between the conifers.

As you can see from just some of the choices, we have picked out there is plenty to see in Scotland all over the country. So put the passport away and save the airmiles to Maine, Rhode Island or Vermont and trave up to Loch Lomond, Pitlochry or Glencoe.