Home Over The Hump Featured – Brosnaichte Who was the real Ivar the Boneless? 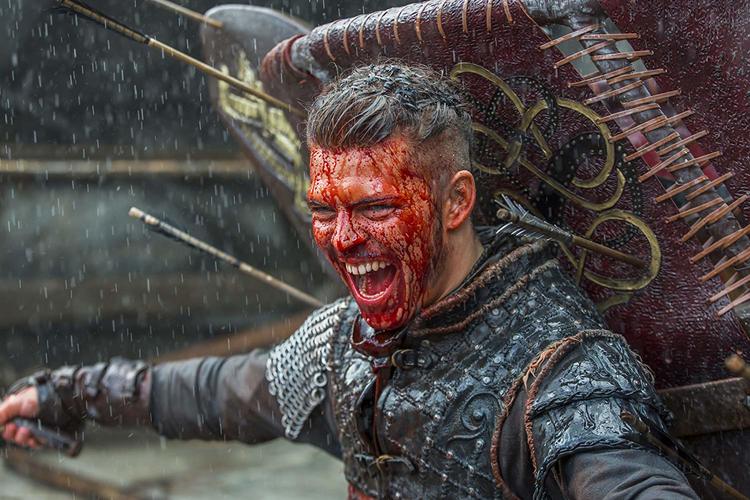 According to the Tale of Ragnar Lodbrok, Ivar’s bonelessness was the result of a curse. But he was not an imaginary character in a viking saga; he was a real man who won real battles. History Channel’s ‘Vikings’ recently portrayed him as a cruel, disabled leader. What is myth and what is truth in the tale of Ivar the Boneless?

Who was Ivar the Boneless?

In 794AD in Norway a legend was born. Ivar the Boneless was a Viking chieftain who was well known for his exploits in the Viking era and specifically for his adventures in England. He was known for his cunning and strategic raids. However, who was he and what made him such a feared man across the British Isles?

How was he impaired?

There is a question as to how he got the name Ivar the Boneless and there is much speculation but unfortunately no definitive answer. Many speculate he gained the name because he had weak bones that were fragile like glass. Modern historians have stated that they are confident he had a condition called osteogenesis imperfecta which meant he was almost completely full of cartilage rather than a combination of cartilage and bone.

In 1686, Thomas Walker found a burial ground where it is believed that Ivar the Boneless was buried. However, it is led to believe that he was close to 9 foot tall!

It is hard to get a perfect picture of Ivar because the depiction’s that historians have found are bias. He was loved and glorified by the Vikings but the English despised him. However, Ivar was lauded as one of the greatest minds in battle history and would be able to strategise a plan like no other.

But without being able to walk he led his men into battle, sometimes carried into battle on a shield and holding a bow (which he was well skilled with), and destroyed an incredible amount of villages that stood in his way. 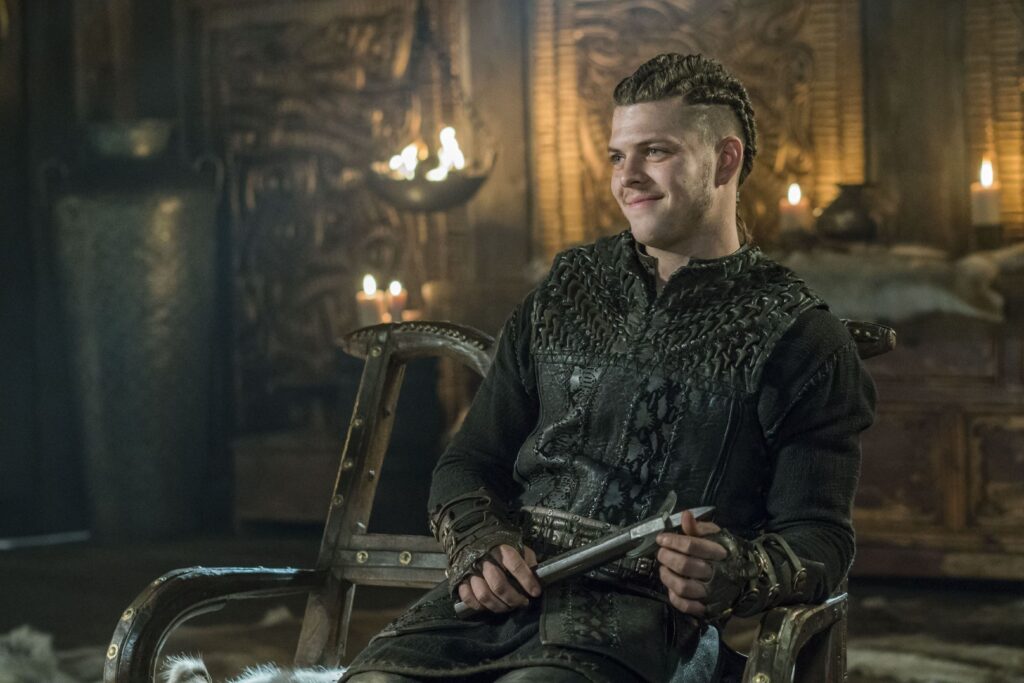 His acts in England and Ireland

Ivar was said to be the son of the Danish King Ragnar Lothbrok and he himself was involved in many raids across England and the Holy Roman Empire. Ivar continued to follow in his father’s tradition of dominating England. Ivar’s young life is relatively unknown and not much is reported about the fearsome man.

Ivar was different to other Vikings, who only sought to steal and raid England, his was intention was one of conquering the island. Ivar wanted to dominate and show his power to population of England.

He saw an opportunity to attack Ireland with Olaf the White. The pair of them formed alliances with many Irish kings and noblemen, however, these were short lived as they looked to conquer for themselves. Cerball, the king of Ossory, was one of the victims of the weak agreement as Ivar and Olaf continued to plunder their way through the country and in particular the county of Meath in the early 860s. 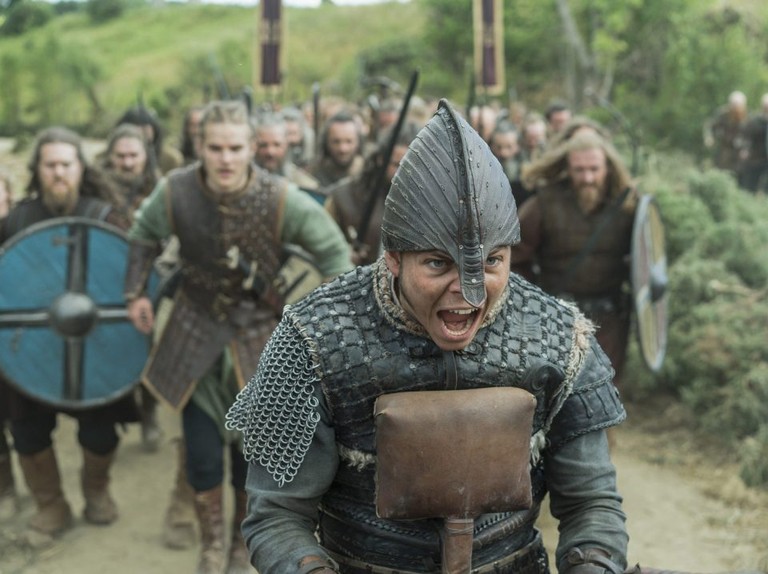 However, his expeditions in England are what he is famous for and he tales are well known. Alongside his brothers Halfdan and Hubba, he first invaded England in 865 and put the fear in many villages. Christian groups called them “The Heathen Army” as they looked to avenge their father’s death who was reportedly tortured by order of the Northumbrian king, Aella, who commanded that Ragnar was to be killed by venomous snakes.

After landing in East Anglia with no disputes, Ivar and his men moved onto York and took the famous city. They were closing in on Northumbria. With hopes of finding and killing Aella in the first battle of York (which was called Jorvik) in 866, they had to wait until a second battle in March 867 as “The Heathen Army” beat Aella and his close ally Osbert’s troops. It is stated that the brothers were so vengeful and full of hate that they subjected Aella to a brutal death just like their father by means of execution which involved ripping his lungs out. The Vikings placed Egbert in charge of Northumbria as a puppet King.

The army progressed into Mercia fixing their winter-quarters at Nottingham. Burgred, the King of Mercia, sought aid from Ethelred, King of Wessex and his brother Alfred, who led an army into Mercia and besieged Nottingham. With the Vikings, heavily outnumbered, they felt they did not need to fight. Henry of Huntingdon, wrote 250 years later, that Ivar’s tactics may help ease the situation,

‘Ingwar [Ivar] then, seeing that the whole force of England was there gathered, and that his host was the weaker, and was there shut in, betook himself to smooth words – cunning fox that he was – and won peace and troth from the English. Then he went back to York, and abode there one year with all cruelty.’

The Mercians settled on paying the Vikings off, who agreed to leave and returned to Northumbria in the Autumn of 868. They spent the winter in York.

They returned to East Anglia as King Edmund of East Anglia had led resistance against them. He was captured and brutally executed at the village of Hoxne. Edmund bravely refused to renounce his religion and he was beaten and was then tied to a tree where he was shot by arrows until he was dead. Finally he was beheaded.

He decided to recommence an old relationship with Olaf the White and entered what is now Scotland. The pair ravaged Dumbarton, the capital of Strathclyde, and returned to Dublin victorious two years later. The King of the Norsemen of all Ireland and Britain as Ivar was known then died in 873. 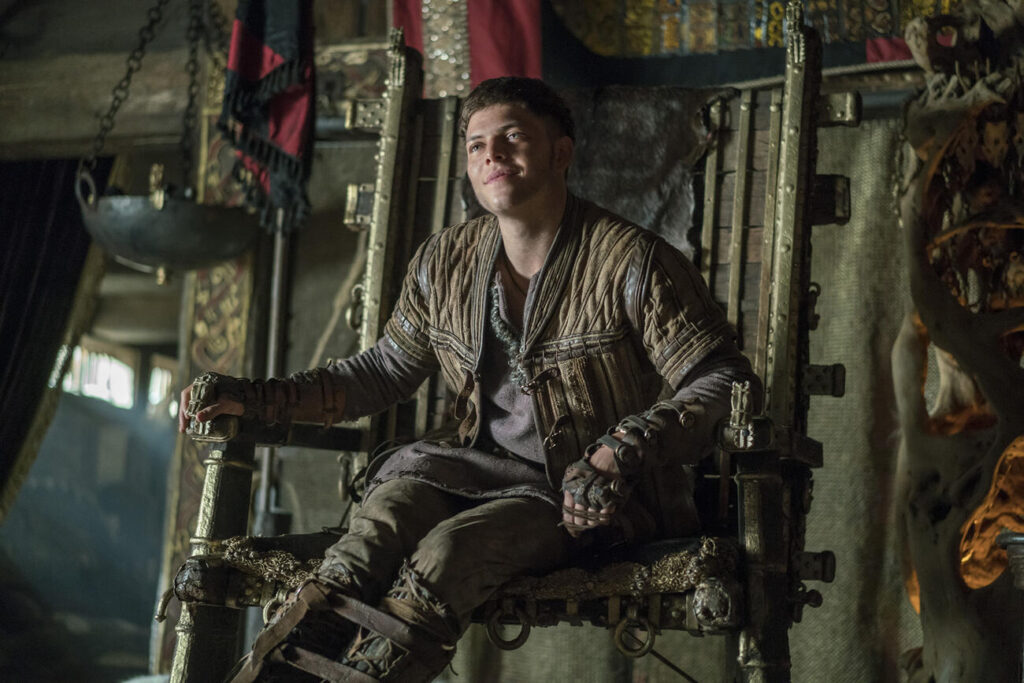 Was he depicted correctly in the History Channel TV series?

Many are familiar with the story of Ivar the Boneless thanks to the series shown on the History channel.  He was shown to be a violent and brutal character that will stop at nothing which included killing one of his brothers. However, historical sources also show him to be an incredibly loyal family member who wanted to avenge his father.

The TV show can of course use artistic license with historical fact and the producers are able to portray a character how they want; they make no claims to keep it historically accurate 100% of the time. Although they have followed a certain storyline, it is not totally true to the master tactician.

That being said, Ivar the Boneless will always go down as a Norse legend.